One of them is likely going to New York for the Heisman ceremony in a couple weeks. Flip a coin to figure out which talent will have a table in the Big Apple.

Find a backfield in college football that has been more dominant than Ohio State’s this season, and Saturday in the Big House was just another example of why Fields and Dobbins are in the running for every postseason award available. The Buckeyes ran away with another blowout win over their biggest rival, beating Michigan 56-27 going away. Dobbins and Fields combined for all eight Ohio State touchdowns.

Dobbins finished the day with a casual 211 yards rushing and four rushing touchdowns.

But while Dobbins shredded the Michigan front, Fields had the truly magical moment in the biggest rivalry in college football. Fields went down in the third quarter with what looked like a serious knee injury. Backup Chris Chugunov came on in relief for seven plays before Fields emerged out of the tent, entered the game and fired a running 30-yard touchdown pass to Garrett Wilson in the back of the end zone.

It was a “Heisman moment,” according to Ohio State coach Ryan Day. And it came in a game that was still hanging in the balance. It was Fields’ moment.

“For him to go down, take that injury, puts the brace on and then comes back out and makes a throw that we didnâ€™t design that way,” Day said. “For him to ad-lib, make that play, make that throw going to his left, thatâ€™s about as good of a throw as Iâ€™ve seen in a long time. He put it right in the back of the end zone, and that just goes to show you whatâ€™s inside of him. His heart, his character and his competitive toughness is as good as Iâ€™ve ever been around, and I canâ€™t say enough about the way he played today.â€

Fields’ day ended with 302 yards passing and four touchdowns through the air. His place in The Game is now secure, getting his first win against Michigan in his first try.

The 300-yard passing day from Fields mixed in with the 200-yard ground game from Dobbins made Ohio State nearly impossible to defend. The crazy thing about that, though: Dobbins has a feeling the Buckeyes can do better. He thinks he can top that.

â€œIâ€™m not satisfied,â€ Dobbins said. â€œIâ€™m not even close to being satisfied. I just feel like there is so much more I can prove with my God-given talents. I feel like a lot of people are overlooking it.â€

Dobbins and Fields earned a joint Buckeye Leaf for their performance in The Game, which pushed Ohio State to a perfect regular season. Lettermen Row has other Buckeye Leaves to pass out, as well. 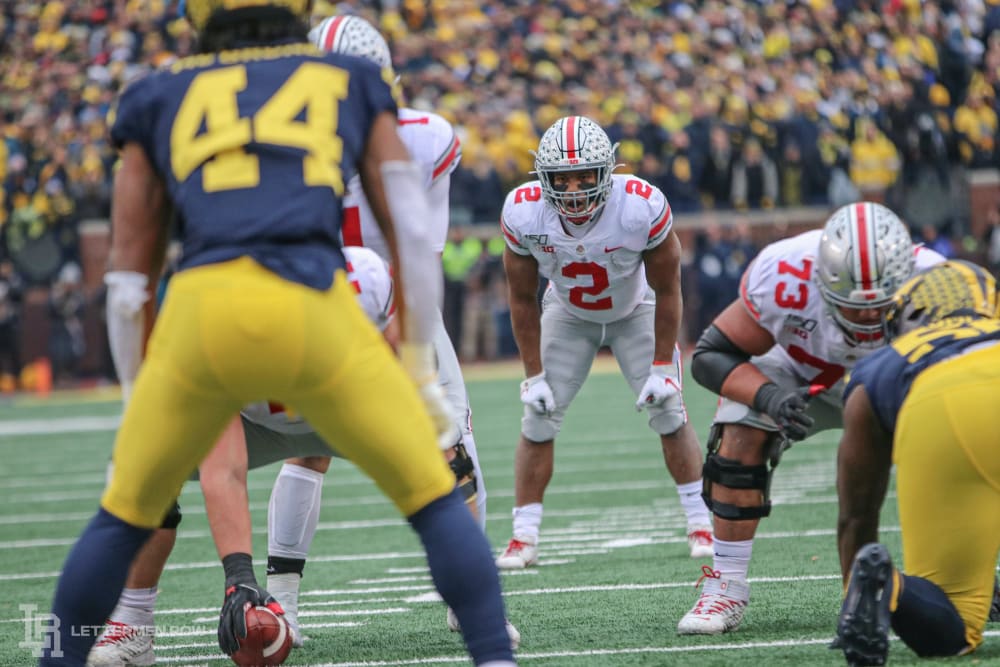 It’s becoming harder and harder to find words that can truly describe what Justin Fields and J.K. Dobbins do for the Buckeyes. On the opening drive of the game, Dobbins set the tone with big gains before Fields hit him on an angle route in the middle of the field. Then Dobbins punched in the first score of the afternoon for the Buckeyes. The first drive was indicative of the entire game. Fields finished 14 of 25 for 302 yards and four touchdown passes, including a beautiful throw for a touchdown on his first play out of the injury tent. Dobbins continued his Heisman campaign with 211 yards on 31 carries and four rushing touchdowns. The Ohio State offense goes as Fields and Dobbins go. With a perfect regular season record, the duo can take Ohio State much further throughout the next two months. 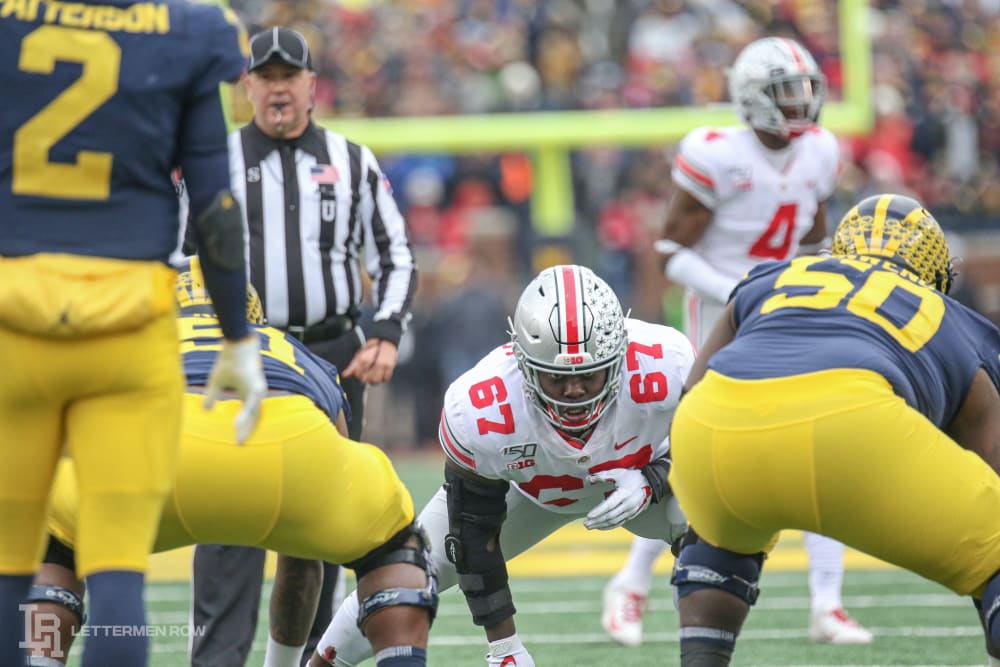 After Ohio State had just taken a 21-13 lead in the second quarter, Michigan was driving down the field with some ease. The Buckeyes defense needed to make a play or get lucky. They did a little bit of both. Shea Patterson dropped a shotgun snap on the Ohio State 12-yard line, and Robert Landers was there to pounce on it for the Buckeyes first takeaway of the game. Ohio State went on to score a touchdown and take a 15-point lead. Later in the game, Ohio State was clinging to a two-score lead, but Michigan seemed to have momentum. On a fourth-and-1 run play from the Michigan 29-yard line, Landers blew the offensive line up and stuffed Wolverines running back Hassan Haskins for a loss that, by many purposes, sealed the game and the perfect regular season for the Buckeyes. Landers has been key in the middle for Ohio State all season, especially against Michigan.

Chrisman didn’t do anything spectacular. He didn’t do much at all for the second straight year against Michigan. That’s probably a good thing, because it means Ohio State was racking up points without the need for a punter Saturday. When he was on the field, Chrisman had a good day. He averaged 45.5 yards per punt, although two of his punts were touchbacks. If Ohio State wants to win a national title, it’ll have to flip field position at some point over the next three games. Chrisman will have to be at his best when that time may come.