COLUMBUS — Ohio State was always going to learn from what happened against Alabama.

Turns out, the Buckeyes are also leaning on what also happened to Alabama the previous time it played for a national title.

After getting shredded last month in South Florida, the defense reconvened for a team meeting on Wednesday as offseason preparations for next year start ramping up again in the Woody Hayes Athletic Center. And while there will be plenty of discussion about how the Silver Bullets can use the blowout loss as an opportunity for growth, defensive coordinator Kerry Coombs also pointed out how the Crimson Tide had to deal with almost the exact same thing when Clemson picked it apart two years earlier.

“Obviously we didn’t play our best game, we talked about that as a defense,” Coombs said on 97.1 The Fan on Wednesday. “It gives you great resolve going forward. It gives you things to work on. But I talked with them about some of the things that were said by and about the team that we just played in 2019 after they got beat 44-16 in the same game.

“It’s up to us to learn from it, to let it drive us, motivate us and for us to go to work every day to make sure that doesn’t happen again.” 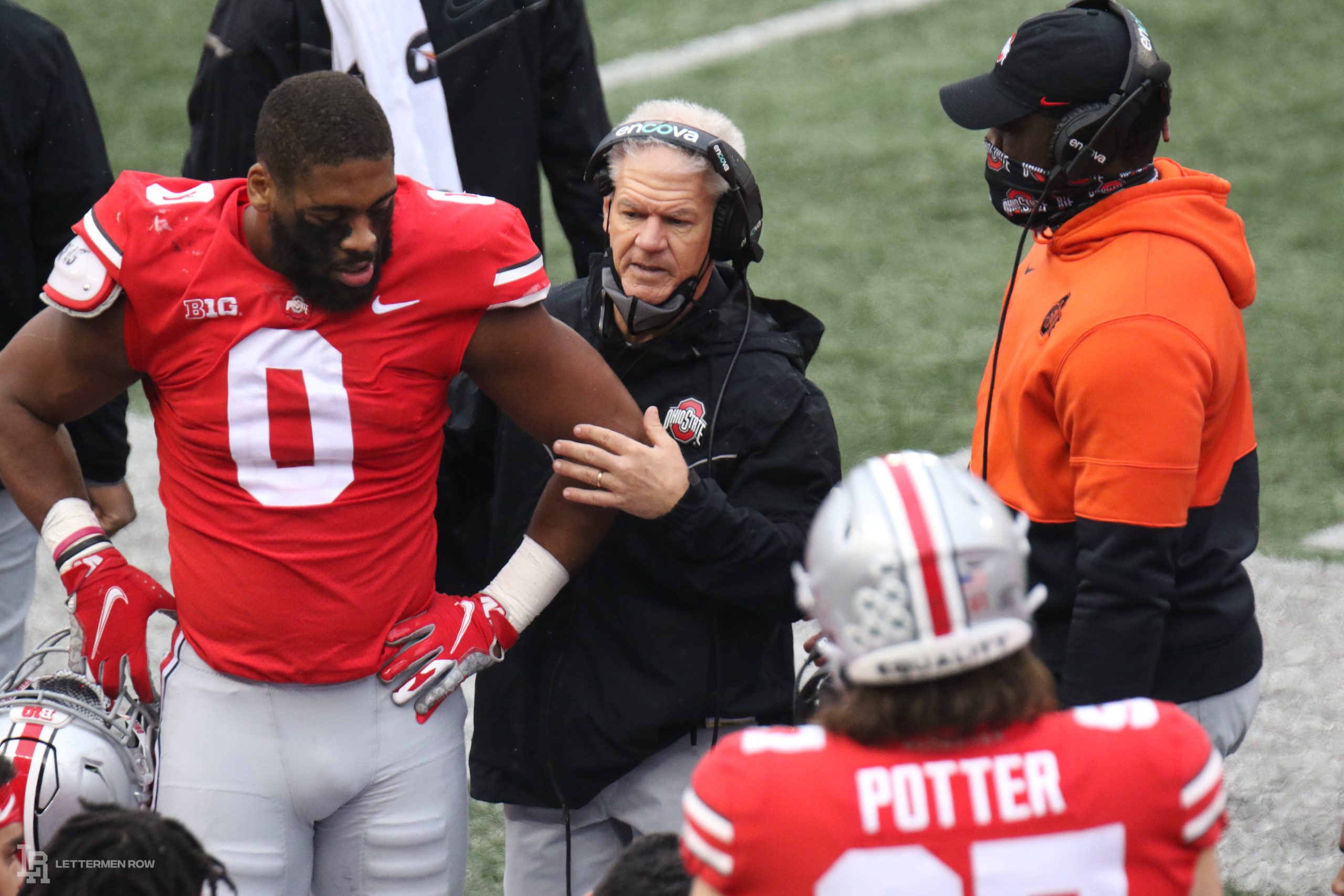 That process is underway again for the Buckeyes as they return to winter workouts and gear up for spring practice, one that is expected to have multiple scrimmages in an effort to make up for the reps they lost in the pandemic-shortened season.

Those opportunities in March and April didn’t exist at all for Ohio State a year ago, the first of many setbacks that made it difficult for Coombs to install new schemes, drill the fundamentals in a live setting or develop depth with an inexperienced secondary. The Buckeyes still accomplished plenty last year, of course, and winning another Big Ten title and demolishing Clemson in the College Football Playoff requires no excuses or apologies. But coming up short on the biggest stage in the sport still stings, particularly the way it happened for a program that prides itself on stout defense.

Those struggles in the title game and pass defense that sank to No. 122 in the nation obviously don’t sit well with the Buckeyes, and they weren’t what anybody envisioned when Coombs returned from the NFL last offseason to take over as the coordinator. But Ryan Day’s evaluation on the next step included a long look at those factors that impacted Ohio State, and he made it clear he still has ample faith in Coombs to lead the way based on the way he filled out the staff with promotions for Matt Barnes to take over the secondary and Parker Fleming to handle special teams.

â€œPromoting from within is something that I believe strongly in, and I believe that itâ€™s an opportunity for these guys to really be part of our program for a long time and keep some continuity,â€ Day said on Wednesday morning. â€œJust looking back at last year, there were a lot of great things we did in a tough spot. And I think that now that we have a whole year with a spring and a preseason, this is going to allow us the best chance to put our guys in position to be successful.

â€œWhen you look at it: What do we need? I thought we needed more attention in the backend. So then you say to yourself: Do you go get a secondary coach somewhere throughout the country that knows our scheme, that understands what we want to get done and fits? All of a sudden the list gets smaller and smaller and smaller.” 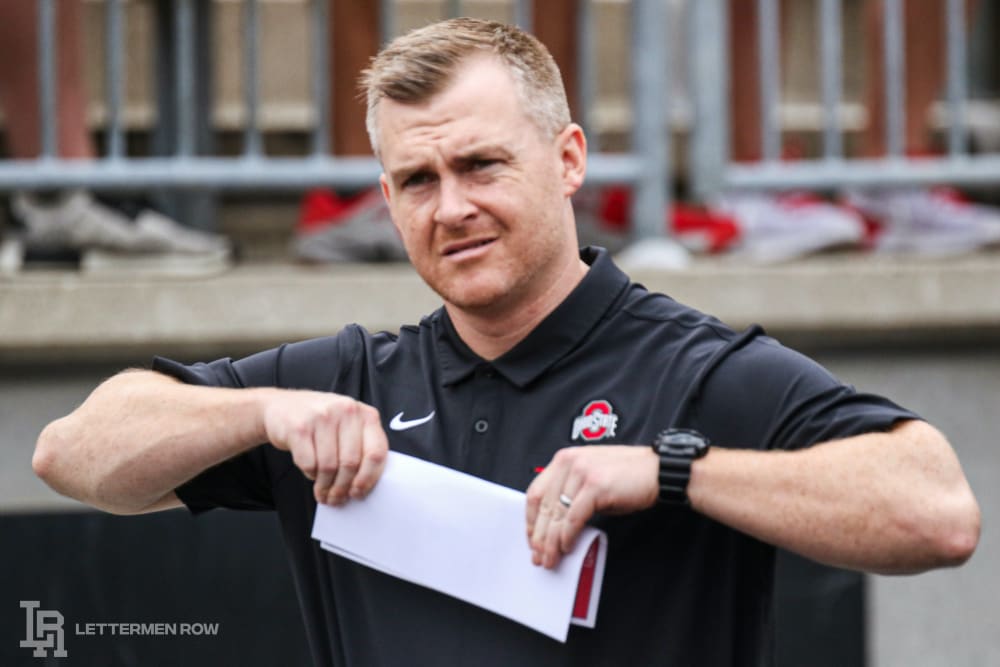 Ohio State assistant Matt Barnes will continue to be key on the defensive side of the ball. (Birm/Lettermen Row)

Coombs is also only a year removed from being at the very top of it for the Buckeyes. Nobody could have envisioned all that he would have to deal with in his first year as the coordinator, and making a final judgment on his ability in that role in the midst of those challenges would seem to be premature and unfair.

Assuming some sense of normalcy returns for Ohio State this season, though, there’s no question Coombs is expected to deliver a major bounce-back for the Silver Bullets. And Alabama is helping provide the blueprint.

“I’m very excited about it,” Coombs said.Â “There’s still going to be so much carryover from the defense that’s been played here the last two years from style and scheme.

“I’m really excited about the transition. … But I’m not evaporating from the secondary. I’m going to be around an awful lot with those kids, those kids that I have recruited and those kids that I have coached. That’s still going to be an area of expertise. But that’s also going to give us a great opportunity to move around and be involved with the other position groups and really focus on team defense and complementary defense and making sure that all of us are working hand in hand to produce the best result — which is to be the best in the country.”

The Buckeyes were a win away from claiming that title.

Now they’ll need an improved defense to help push them over the top.