Ohio State football recruiting can be a wild ride full of twists and turns as recruits from all over the country maneuver their way to signing day. Lettermen Row is here to help navigate the tumultuous roads by getting to the heart of the matter with the young football players themselves. Birminology shows who the young men being recruited by Ohio State truly are — by talking to them. Today, we’re catching up with 2020 Ohio State signee Lathan Ransom who welcomed the Buckeyes to his home state of Arizona this week.

SCOTTSDALE, Ariz. â€” Last week, Lathan Ransom signed his letter of intent with Ohio State and officially became a part of the program.

On Monday, his future teammates with the Buckeyes came to see him in Arizona. Well, kind of.

Ransom, the country’s No. 5-ranked safety prospect from Salpointe Catholic, made the relatively short drive from Tucson to Scottsdale on Monday to get a closer look at his own future and what it takes to represent the program on the practice field as Ryan Day and the Buckeyes worked at Notre Dame Prep High School. 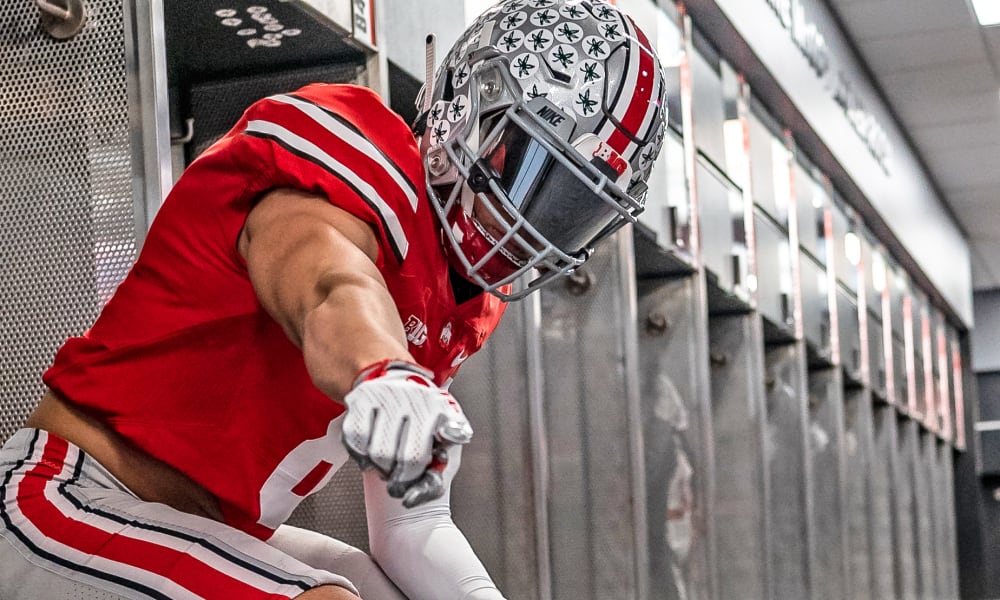 Lathan Ransom’s first visit to Ohio State was in February. He committed to the Buckeyes in mid-July. (Lathan Ransom/Courtesy)

One of three defensive backs who signed with Ohio State last week, Ransom agreed to talk with Lettermen Row following his day at the Buckeyes practice and opened up about outgoing co-defensive coordinator Jeff Hafley, how that coaching change happening in Columbus could’ve impacted his college plans, how much he and his fellow signees have talked since and why he decided to stick with the Buckeyes in spite of the transition.

There was plenty of discussion about those things and more on this special, on-location edition of Birminology on Lettermen Row. Check it out in the video below.