The Buckeyes offense exploded on the Badgers, while holding them to next to nothing thanks to great defense, in a rain-soaked Ohio Stadium on Oct. 26, winning 38-7.

The only thing that stands between Ohio State’s perfect season as it barrels toward the College Football Playoff is that same Wisconsin team. When they meet in Indianapolis on Saturday night for the Big Ten championship game, the Buckeyes opened as 18-point favorites, according to VegasInsider.com.

Ohio State knows the challenges of facing the tough Wisconsin defense. The Buckeyes also know that had it been dry, they could have beaten the Badgers by more.

“I think in all honesty we could have put up 50,” Fields saidÂ after that win. “I think if the weather was different, I think we could have threw the ball more and put up way more points than we did. Overall I’m just glad we got the win.” 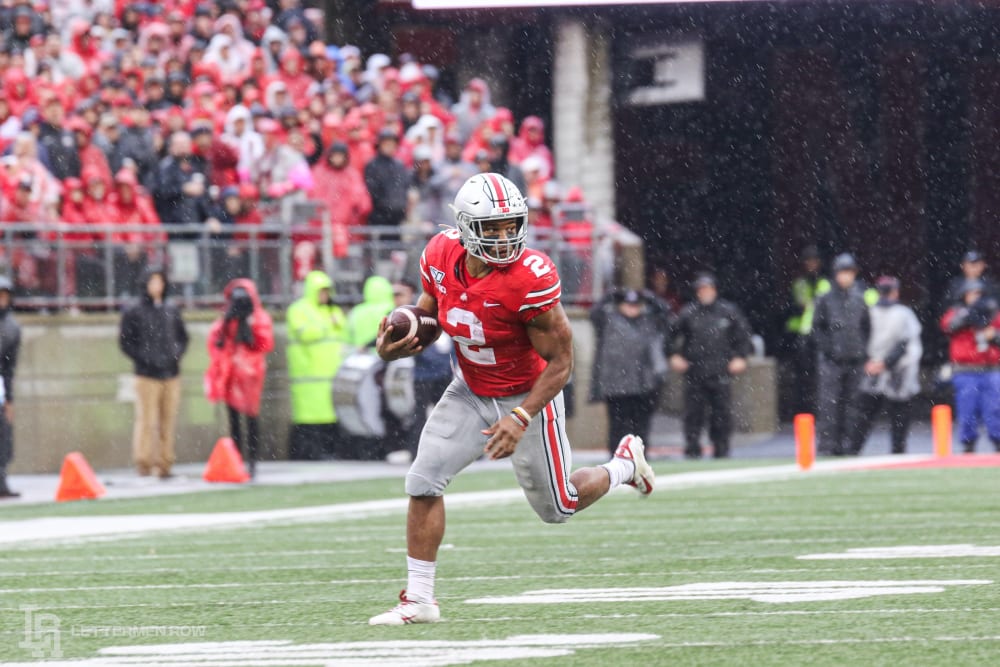 Ohio State is a big favorite in its second game against Wisconsin this season. (Birm/Lettermen Row)

Well, Fields and the offense will get the opportunity to get another one and potentially score more points under the closed roof at Lucas Oil Stadium on Saturday night. It’s hard to envision the Badgers keeping up. If Ohio State gets to 50 points against Wisconsin, it’s even harder to envision Ohio State entering the playoff as anything but the No.1 seed heading into the playoff.

Fields will have his shot, and the Buckeyes have a chance to cement their spot in the playoff. They’ll do so as a heavy betting favorite yet again.

After failing to cover the spread against both Rutgers and Penn State, the Buckeyes improved to 9-3 against the number this season with the blowout of Michigan. They also failed to cover in the season opener against Florida Atlantic. Wisconsin is 7-5 this season against the spread. The Badgers didn’t cover the 13.5-point spread when the Buckeyes beat them in Columbus on Oct. 26.