Have a question about Ohio State recruiting? This is the place for you, five days a week. Submit your questions on Twitter or on the Lettermen Row forums. Check-in daily to see what’s on the mind of Buckeyes fans all over the country. Today’s question is about the cornerback position and where the Buckeyes can go in the Class of 2021.

Do you have concerns around corners? With Wade graduating next year and Philips flipping to Utah. Obviously Grimes would solve that problem but that isnt looking promising.

I don’t think I’d use the word concerned when trying to make sense of the Buckeyes cornerback recruiting.

It’s only April after all, and Ohio State has two very talented cornerbacks committed in Jakailin Johnson and Devonta Smith. Johnson was a player at the top of the Buckeyes recruiting board for much of the last year at the position, so his early commitment probably should have received more attention than it did. Maybe it didn’t because the country’s No. 4-ranked cornerback doesn’t seek out the attention as much as some others at his position do. But make no mistake — he’s a top of the line cornerback and a great starting piece in a position that could add one or even two more.

Devonta Smith may be the lowest-ranked player in the top-ranked recruiting class, but he’s an in-state prospect who picked up an early offer from Kerry Coombs upon his return to Ohio State. So it seems Coombs, Ryan Day and the Buckeyes coaching staff believes he’s got a lot of upside. Knowing he’d be quick to jump on it, the offer wouldn’t have come when it didÂ if they didn’t.

With Johnson and Smith committed and three other versatile defensive backs — including Andre Turrentine and Jantzen Dunn, who could play cornerback in a pinch — in the Ohio State class, Coombs is now in a position where the chance to evaluate the rest of the top options at cornerback becomes important. Prospects like Tony Grimes and Jordan Hancock are still being recruited by Ohio State, but Grimes isn’t expected to make a decision until December and Hancock is committed to Clemson. Flipping a player from the Tigers is a tall task, but Day, Coombs and Al Washington aren’t willing to walk away from that recruitment until Hancock is signed with Clemson. 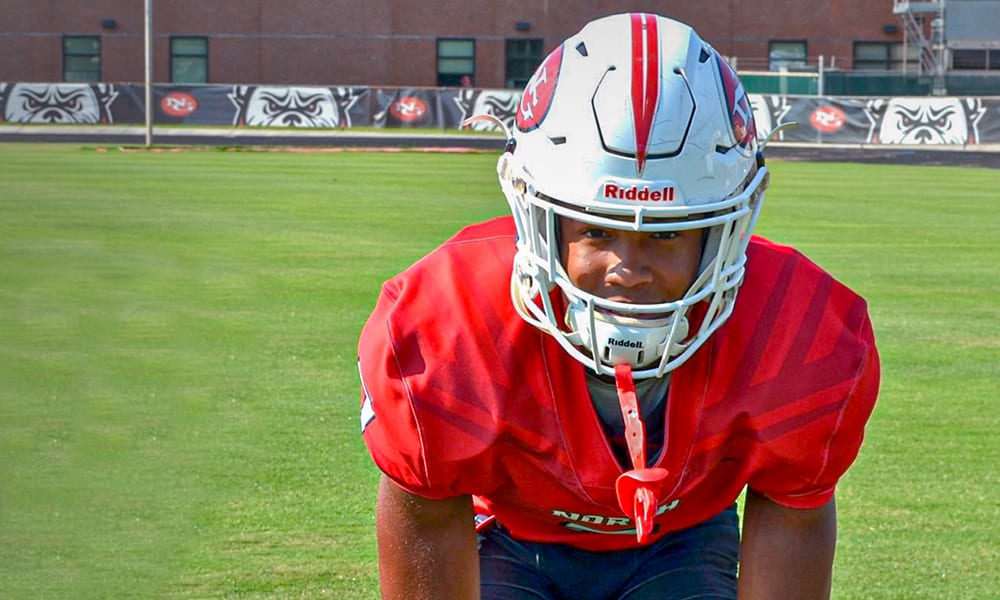 So while Ohio State works the long game with kids they’ve seen in person and know well like Grimes and Hancock, it is also building relationship with prospects like Jaylin Davies and Denzel Burke, among others. That duo, from California and Arizona respectively, has had limited contact with Coombs all things considered. Neither have been on campus with the Buckeyes outside of the virtual world, so the more opportunities to evaluate the talent while growing the relationship, the better.

It’s my belief that the Buckeyes need at least three, but probably four, true cornerbacks in the Class of 2021 in order to prepare a roster that will lose Shaun Wade and could see the early NFL departure of both Sevyn Banks and Cameron Brown following next season. Only eight of the country’s top 30-ranked cornerbacks for 2021 are committed, and there’s plenty of time for Kerry Coombs to find the right fits for Ohio State from around the country while pursuing a pair of longtime targets.