Have a question about Ohio State recruiting? This is the place for you, five days a week. Submit your questions on Twitter or on the Lettermen Row forums. Check-in daily to see what’s on the mind of Buckeyes fans all over the country. Today’s question asks about the Class of 2022 and the strength of the commitment for J’yaire Brown and others.

In the middle of the weirdest college football recruiting period probably ever, I don’t intend to bloviate too emphatically about any specific recruitment that has 16 months left in it. The fact is the Class of 2022 has a long way to signing day, and with only 80 current high school juniors committed to this point, the Covid-19 pandemic has kept most of the prospects involved in these decisions apprehensive as a result of being unable to make college visits yet.

J’yaire Brown is one of those 80 players. And yet, he’s also part of a group ofÂ six committed to Ohio State. Brown plays at Lakota West (Westchester) High School with another of the Buckeyes commitments, offensive line Tegra Tshabola. And he has also gotten close to C.J. Hicks from nearby Kettering Archbishop Alter, one of the four current verbals inside of Ohio.

Usually an early commitment from inside the state is a good bet to withstand whatever else gets thrown their way. But it’s a different time in recruiting right now than ever before, and despite being an Ohio native, J’yaire Brown just moved back to the state from New Orleans a few months ago. 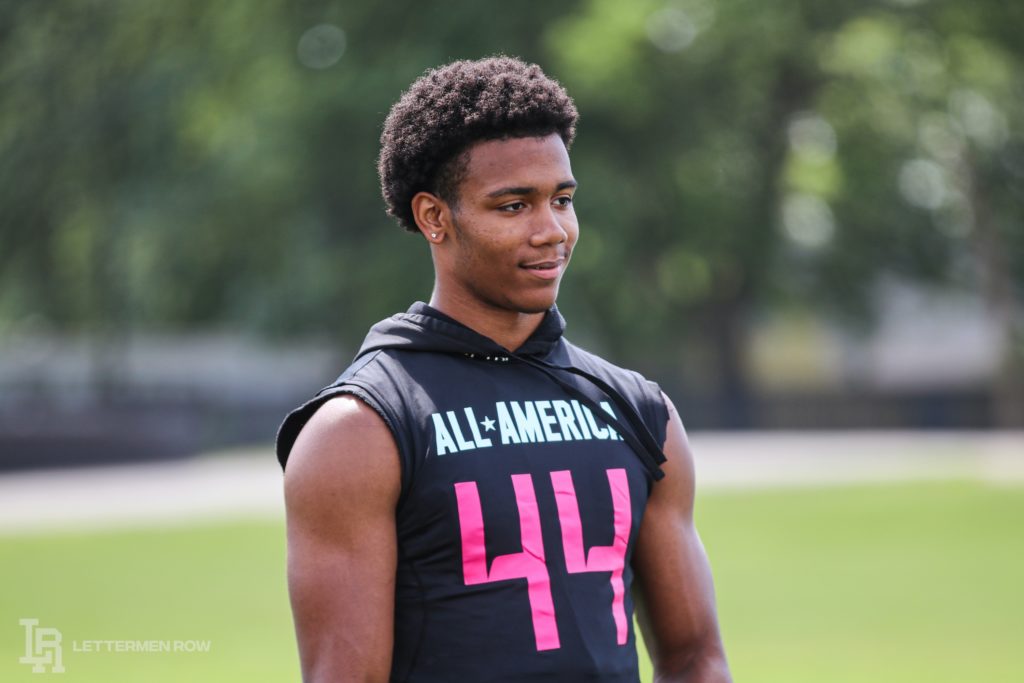 C.J. Hicks is an early commit, but Ohio State can’t take anything for granted in the Class of 2022. (Birm/Lettermen Row)

It’s reasonable to expect some fireworks in the recruitment of any cornerback, but even more so when it involves a player from the south — a region that seems to spawn some interesting stories. For his part, Brown isn’t going to lock himself into anything or make any guarantees. He’s committed, he’s happy and he’s growing his relationship with the Ohio State program.

But it’s a fact that he still committed pretty early.

“My relationship with Coach [Ryan] Day and [defensive coordinator Kerry] Coombs continues to grow tremendously,” Brown told Lettermen Row. “I have just been leaving everything in God’s hands.”

That answer isn’t likely to give the Buckeyes any warm and fuzzy feelings they’re looking for, but it’s honest and also not a surprise to the program that accepted his commitment back in April. It’s also not being held against him.

This is the modern era of recruiting, and that means nothing can be assumed or taken for granted. The Buckeyes aren’t going to let another program take Brown or any of their 2022 commitments without a fight, and they have to continue recruiting them all through next year’s signing day. That includes J’yaire Brown, C.J. Hicks, Dasan McCullough andÂ everyone else — and it also includes any number of the 2022 players committed elsewhere that the Ohio State coaches are hoping to land, like quarterback Quinn Ewers and receiver Luther Burden.

Ohio State has done a great job building early relationships, and it has led to a number of early commitments. But the work isn’t close to done in the Class of 2021, let alone the Class of 2022.