Have a question about Ohio State recruiting? This is the place for you, five days a week. Submit your questions on Twitter or on the Lettermen Row forums. Check-in daily to see what’s on the mind of Buckeyes fans all over the country. Today we are discussing the potential ramifications of Al Washington taking the role of defensive coordinator at Tennessee if the Buckeyes are unable to retain him in Columbus.

But the combo influences of his dad and Coach Washington might make for a question of the day.

It’s never really a quiet time for Ohio State football, is it?

When it appeared things were starting to get back to relative normal around the program over the last week, rumors began swirling in a major way that Tennessee was making a push for Buckeyes linebackers coach Al Washington to become its new defensive coordinator.

While both programs are still waiting for a final decision from Washington — Ohio State has countered the offer from the Volunteers, who then upped their initial offer — it’s only natural that speculation was already starting on what the linebackers coach departureÂ could mean for the Buckeyes, especially inside their 2022 recruiting class. Washington is the current No. 1-ranked recruiter in the country for that class according toÂ 247Sports.comÂ and his work in 2022 isn’t anywhere near done for Ohio State as he works on adding a fourth linebacker and helps the Buckeyes in the Atlanta area, where he’s been the area recruiter since arriving from Michigan prior to the 2019 season. 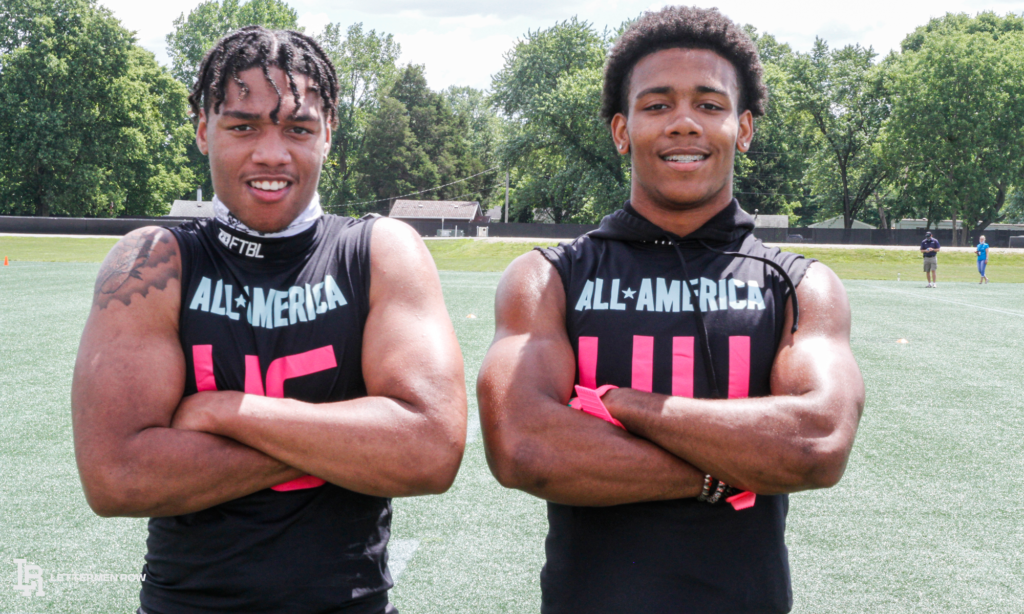 The potential consternation for the Buckeyes has been amplified in the last two days because Deland McCullough, the father of linebacker commit Dasan McCullough, left the Kansas City Chiefs for an associate head coach role at Indiana. The worry, of course, is that McCullough would opt to play for the Hoosiers and his father, rather than against him with the Buckeyes — and that Washington’s potential departure could hasten that development.

There’s no reason to believe that is a legitimate concern at this time. McCullough, C.J. Hicks and Gabe Powers have all been leaders in the Buckeyes class of 2022, and while there’d no doubt be disappointment that a new coach would be in charge of their development, these young men are all savvy enough to understand the business of college football. When a player commits to an assistant coach two years before signing day, the odds of that coach being in the same role — either the result of a promotion or a firing — aren’t high. Those odds go way down when it’s a program like Ohio State, because every single program in America is trying to locate a little bit of the Buckeyes magic for themselves.

The assistants in Columbus willÂ always be a hot commodity.

That is life in the big city, folks.

Ohio State recruits, even those committed, are going to be hot commodities, too. One of the reasons that the Buckeyes have built their 2022 class the way they have with an Ohio-first approach is because the players are less likely to be completely spooked in the event of a coaching change.

“I am Buckeye for life,” Powers told Lettermen Row on Tuesday morning. “[A coaching change] isn’t going to change anything.”

McCullough has shared a similar viewpoint, and Hicks — who has been dubbed Captain Buckeye — going anywhere else would be a major, major upset. The nucleus of the Buckeyes 2022 linebacker haul isn’t expected to change. What could be impacted by Washington ifÂ he were to leaveÂ is the rest of the class, because a new linebackers coach would be tasked with establishing a connection not only with the three verbals but also standouts like Jalon Walker, Shawn Murphy, Jihaad Campbell and Justin Medlock. Washington leaving for Tennessee could also really dampen the pursuit of a transfer option like Henry To’o To’o as well.

Ohio State is replacing its top four on-field contributors at linebacker heading into next season, so if Washington left, that’s where the biggest drop-off would be for the Buckeyes. Not with the current commitments.