COLUMBUS â€” Ohio State recruiting targets all around the country are pushing for the NCAA to end what feels like an everlasting dead period.

That dead period, now almost eight months long as a result of the Covid-19 pandemic, isn’t ending until at least January. Unlike the fight to get the Buckeyes back on the playing field this fall, there’s little chance that this one ends in a reversal.

Also unlike that fight, this one seems to at least have some common-sense roots.

But for young football players around the nation, they are ready to get back to campuses. They have questions to get answered and decisions that need to be made. And with the first of two signing periods now just about eight weeks away, they’re being forced to dive into the waters of their future without any sense of the depth, temperature or turbulence.

On the flip side of that are college coaches and recruiters. While there’s no doubt that the programs around the country would like to welcome recruits back, it’s easy to understand why they aren’t creating a public fight against the dead period. After months of not knowing if they’d have a chance to field a football team this fall at all, it’d be reckless to risk a chance at a national title just to bring a few recruits to town for some face time when there’s so much convenience and conversation permitted in FaceTime.

The bottom line? There’s a bit of a struggle right now when it comes to the messaging for recruits and their families. That can be understandably confusing, but the people affected the most by the dead period is crystal clear. 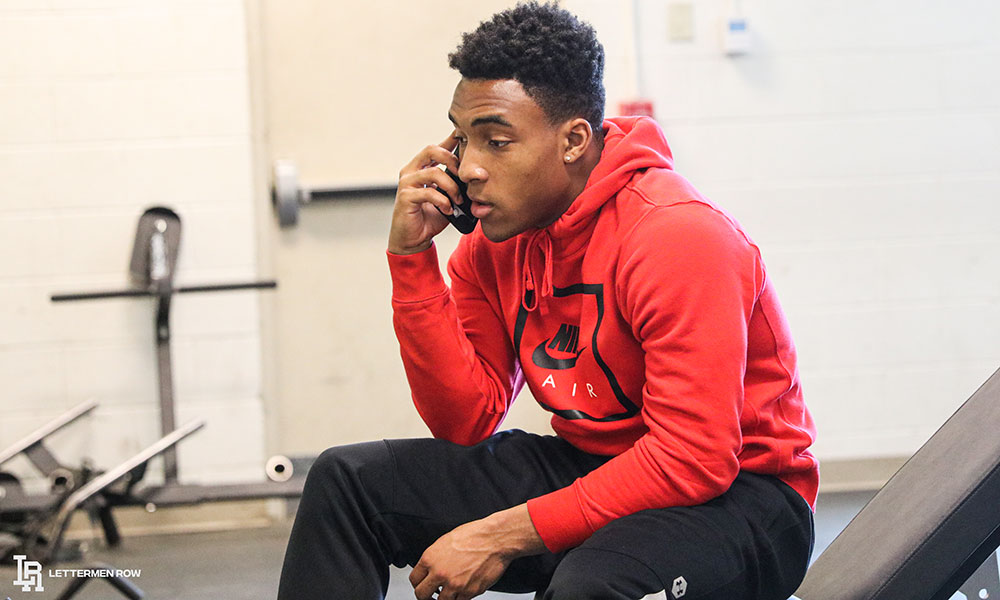 Treveyon Henderson is set to make a visit to Columbus but can’t talk to the Buckeyes if he’s on campus. (Birm/Lettermen Row)

“Itâ€™s been difficult, for [recruits] mostly,” Ohio State coach Ryan Day said Tuesday. “I feel really bad for the recruits and their families.

“We know what this is, and weâ€™ve been able to get a good feel for our recruits and their families. We feel really, really strongly that we have a great fit in this class, but thereâ€™s just been some guys that havenâ€™t had the opportunity to come spend time in our culture, around our campus, around our players.”

Obviously the Buckeyes haven’t really been slowed down. Ohio State has the Big Ten’s best recruiting class by a wide margin and has been the country’s best class for the majority of the 2021 recruiting cycle. Day’s program has 20 commitments, all strongly pledged and without any expected drama ahead of the December signing period. That’s the case despite the fact key verbals like TreVeyon Henderson, Tyleik Williams and Denzel Burke haven’t ever stepped foot on campus. Another commitment, Zen Michalski, made his only visit to campus in late September, doing so without the ability to talk with Day or his coaches while in town because of a bizarre NCAA policy.

That trio of players will be making their first visit to Columbus next weekend, the same time Ohio State returns to the field. It will be a part of the aptly titled Buckeyes Bash, but the recruits will again be unable to meet with or talk with coaches if they make the short trip from Pickerington, where 5-star commitment Jack Sawyer lives, to campus.

For Day and the Ohio State staff, it’s kind of a double-edged sword. It’s a good thing that recruits are organizing in an attempt to secure a strong finish to the Class of 2021. The Buckeyes have to be thrilled that Sawyer, Henderson and others are working to recruit 5-star Tristan Leigh, who is coming into town with his family. It could provide an opportunity to close the gap on LSU and Oklahoma in his recruitment, and it’s the end result of the hard work from Ohio State commitments to build a relationship with the Virginia offensive tackle. 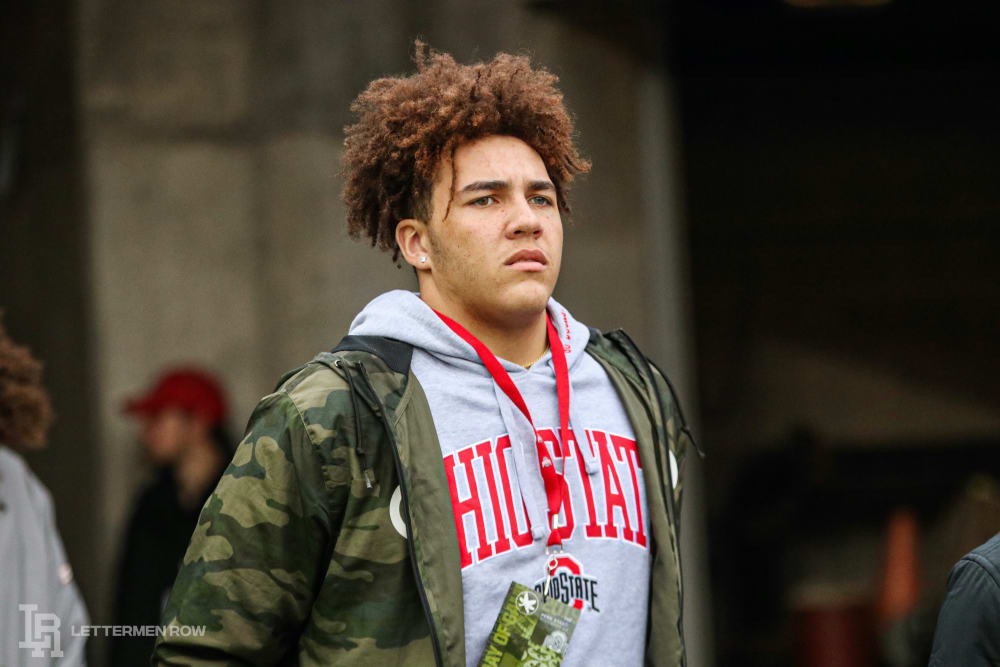 Tristan Leigh visited Ohio State before and will likely be the lone noncommitted prospect at the Buckeyes Bash. (Birm/Lettermen Row)

“The cool thing is I think [recruits] communicate with the guys who have been around and they get a feel for it that way,” Day said. “I think when they do get here, theyâ€™re just going to love it even more. Thereâ€™s not much we can do about it. Is it difficult? Sure is, itâ€™s hard. Weâ€™re making the best of it, itâ€™s the same across the board, so itâ€™s just like we mention with anything else â€” we just have to handle it better than everybody else.”

To handle it better than anyone else means avoiding what is a potential stumbling block for the Buckeyes coaches. They have to go out of their way to ignore recruits on what should be a celebratory weekend in Columbus. If the phone rings, they just don’t know exactly where the recruit is calling from. It means making damn sure that Day and his coaches aren’t involved in any part of the weekend no matter how much they wish they could be.

“We just have to stay out of all that,” Day said. “If we ever hear of anything, we immediately call Justin Kume and our compliance and make sure that everything is being followed. First off through an NCAA compliance protocol, but also because of Covid and other things like that. We canâ€™t really get involved with that, but at the same time we understand that some of these guys just want to be a part of this thing.”

Some guys just might need to wait a bit longer to be a part of it. That means players like Emeka Egbuka and J.T. Tuimoloau, two 5-star prospects from Washington, have to wait out the NCAA’s well-intentioned but perhaps overbearing dead period.

“Thereâ€™s still a couple more spots out there that weâ€™re working at, trying to figure out what that is,” Day said. “Hopefully weâ€™re able to get guys on campus in January.”

If everything goes well, those players could be back on campus the same time Ohio State is returning with a national championship trophy.