COLUMBUS — For decades, the perception about Ohio State was that the program cared about just one thing: Winning football games.

That belief was everywhere, even in Ohio as the Buckeyes often found themselves the center of ridicule aimed at players who in cupcake classes designed to keep them on the field rather than excelling as the student-athletes they are supposed to be. Those assumptions about the less-than-rigorous standards that were being kept at Ohio State were propagated by anyone with a media pulpit and certainly espoused by rivals of the Buckeyes on the recruiting trail.

Ohio State’s reputation as a party school masquerading as a football factory was never more evident than in the final years of the John Cooper Era, years that saw the entire university besmirched when Andy Katzenmoyer was openly mocked in a Sports Illustrated article (or two) for being less-than-concerned with his academics and instead focused on his NFL future. The ridicule ramped up a few years later when wide receiver Reggie Germany gained notoriety for the 0.0 GPA that he earned when he decided classes weren’t necessary to prepare for the NFL.

Despite the best efforts of Jim Tressel, the school and the football program therein never shook the football factory label. For many, that reputation was doubled-down on when Cardale Jones made his infamous tweet about classes being pointless and not being at Ohio State to “play school.” 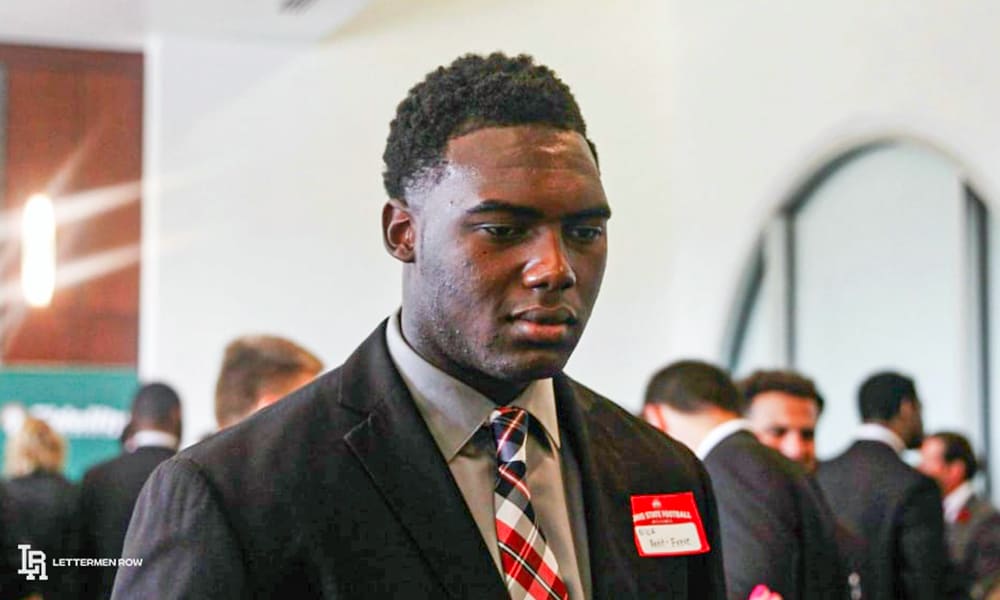 Real Life Wednesday is a program created to put the focus back on student-athlete development off the field. (Birm/Lettermen Row)

Even the most ardent defenders of Ohio State football have to acknowledge that, at times, that reputation was well earned.

But for all the foibles associated with Urban Meyer and his tenure in Columbus, there’s no doubt that things began to change quickly following his arrival as new programs like Real Life Wednesdays took the front-and-center stage on the recruiting trail.

Now, The Buckeyes have the Big Ten’s second-bestÂ Academic Progress Rate behind only Northwestern. That score, while certainly not a be-all-end-all for measuring anything academically, provides a little glimpse into the effort being made by school administrators, including those in charge of athletics, to make improvements. The average student at Ohio State now scores a 29.2 on the ACT. And while football and other sports may be lower since incoming freshmen athletes for the Buckeyes had an average of 24.9, it’s clear the focus in Columbus has changed.

The Buckeyes can win games and recruit athletes who are going to represent themselves, their families and the university well all at the same time.

“I think what everyone is finding is not only the networking and the reach that Ohio State has — and the power of our alumni is really great — but also what a great academic school Ohio State is,” Buckeyes coach Ryan Day said.Â “All the different things and majors and different areas that guys can come in and do a great job in competing at the highest level [on the field], but also then competing at the highest level in the classroom.

“That really has opened up a lot of doors for us and a lot of opportunities for recruiting different people.”

The opportunities to compete on and off the field is what enticed Harry Miller, the valedictorian at Buford (Ga.) before enrolling at Ohio State in June, to pass up his second choice: Stanford. The coaching staff wasn’t alone in recruiting the 6-foot-4, 300-pound All-American, because Miller was recruited by the entire university.

“I didn’t know if I was leaning toward engineering or medicine,” Miller told Lettermen Row this past spring. “[Urban Meyer] put all these people in the right places for me to be able to talk to them. I was walking through a lab, walking through medical facilities talking with a bunch of doctors, a bunch of people doing engineering. 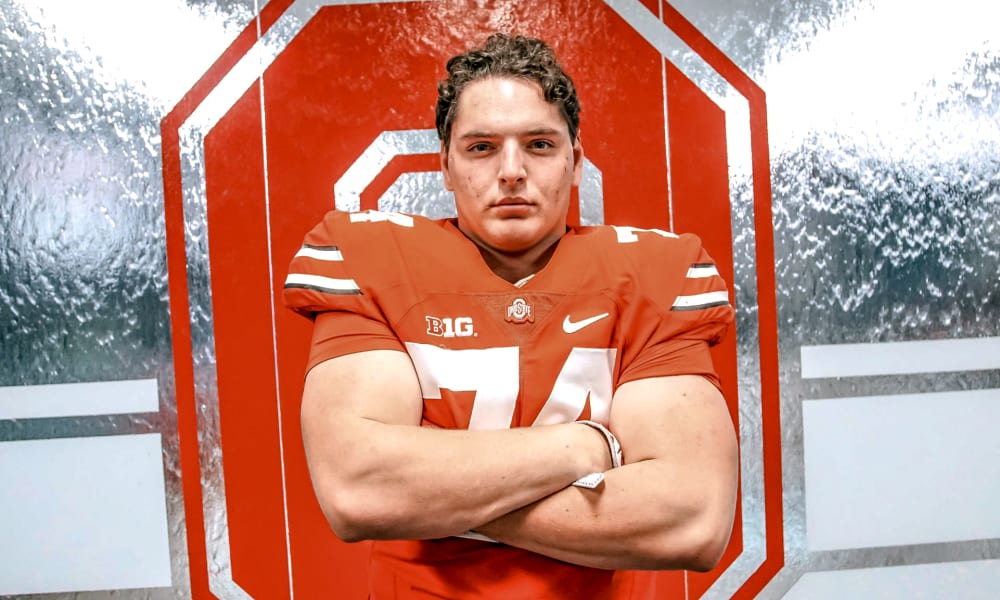 Luke Wypler could’ve picked any school in the country but saw a real — and surprising — commitment to academics at Ohio State. (Luke Wypler/Courtesy)

“Yes,” Wypler told Lettermen Row in March. “I mean, growing up you always hear about Stanford, Yale, Harvard — especially being from New Jersey — those are always the big schools. Notre Dame, of course.Â  For me, you always think of Alabama, Ohio State, all the big football powerhouse schools that kind of like, you play football, like you’re an athlete-student, per se.

“When I got to the campus [at Ohio State] and I saw how dedicated, at that time, Coach Meyer was to having students excel in the classroom and on the field, that’s what completely changed my view on how these schools approach academics and their student-athletes. Getting to meet one of the heads of the Fisher School of Business, getting to walk around that campus and the school side of of things, I couldn’t have been more impressed.”

Stanford and Notre Dame were two of the top choices for 5-star offensive tackle Paris Johnson, one of the jewels in the Buckeyes current recruiting class which is ranked as the Big Ten’s best.

“I was surprised by the academics at Ohio State,” Johnson told Lettermen Row. “Overall, they are really good. As far as communications, they are not as strong as Stanford, Notre Dame, USC. But the degree from Ohio State holds a lot of value.”

Ohio State’s current crop of commitments has a number of the country’s best players, but it’s a group of young men with offers from Stanford, Notre Dame, Northwestern and schools of that ilk. That’s the competition now for the Buckeyes on the recruiting trail. The commitment to winning on the field hasn’t changed, but it has opened doors that many believed Ohio State wasn’t willing or wanting to walk through in the past.

Cody Simon, a 4-star linebacker committed to the Buckeyes in the Class of 2020, has a brother at Notre Dame. He and his family were also surprised by how thoroughly Ohio State has shed the negative perception about its academic standards and expectations even though they saw it when Meyer recruited the Fighting Irish linebacker. Day and the Buckeyes know the commitment to excellence has to remain consistent because, while there are fewer of them than ever, the doubters still remain.

“What’s happened is we have opened up our recruiting to really everybody,” Day said. “But the thing that we’re doing is we’re competing against some of the top academic schools year in and year out for some of the best student-athletes.

“People come in and see our campus and get to meet with our academic people and understand what a beautiful place this is, but also the power that it has academically. I think that they learn more and more about it.”

Ohio State has always been regarded as one of the leaders of the Big Ten on the field. Now it’s doing everything it can to be the best program in the conference off of it.