Have a question about Ohio State recruiting? This is the place for you, five days a week. Submit your questions on Twitter or on the Lettermen Row forums. Check-in daily to see what’s on the mind of Buckeyes fans all over the country. Today’s question is about whether or not the Buckeyes are likely to be impacted by the recent coaching change at the University of Texas.

Does Sark to Texas change anything? Long way to go before this recruitment ends

In late 2016, Texas hired Tom Herman away from Houston, bringing one of the game’s finest offensive minds to Austin as a young coach who appeared to be sure-fire success waiting to happen.

One of Herman’s biggest immediate recruiting targets was a 4-star running back from La Grange (Texas) High School named J.K. Dobbins. Growing up just about 60 miles from the University of Texas, Dobbins grew up dreaming of wearing the burnt orange steer on his helmet. And though he was committed to Ohio State, he gave his hometown school a listen. In spite of his fandom, there was nothing happening at Texas that Dobbins wanted to be a part of, the program’s instability wasn’t enticing even for a lifelong fan.

“Charlie Strong was the coach of Texas at the time, and I knew that program wasn’t stable,” Dobbins told the Dallas News back in 2017. “I know you’re not supposed to pick a school for the coaches, but that played a big part in it. I knew [Strong being fired] was going to happen.” 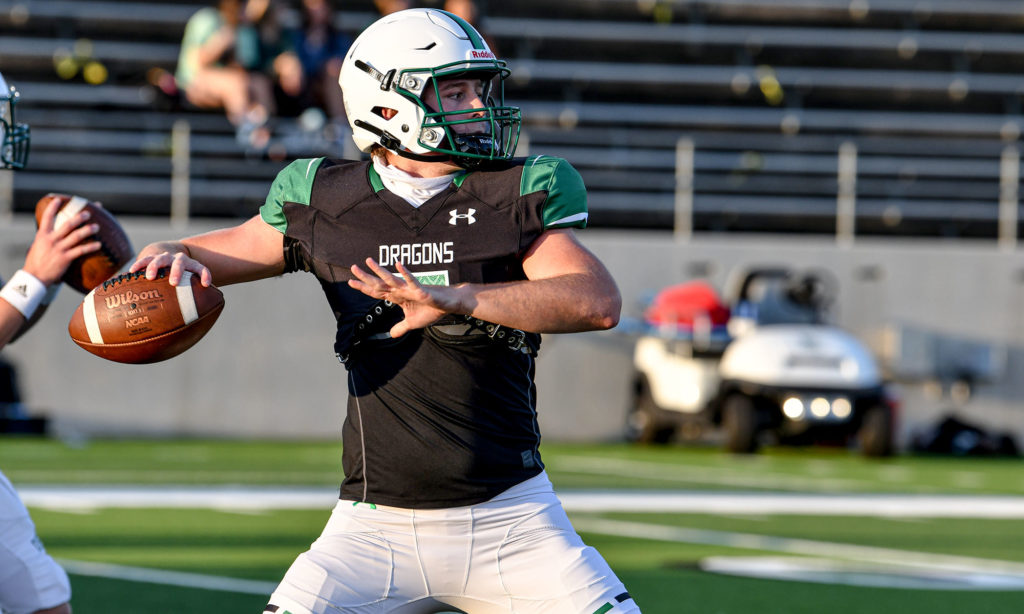 Quinn Ewers said the recent coaching change at Texas will have no impact on his recruitment. (Special to Lettermen Row)

StrongÂ was fired. And Herman, coming off of a very successful stint at Ohio State and Houston, couldn’t have been a safer bet to bring Texas back to prominence. That didn’t matter to Dobbins, because the instability in Austin wasn’t just a Charlie Strong problem.

The Longhorns proved that once again on Saturday when they decided to fire Herman after four seasons, just two weeks after signing day and after a very strongly-worded vote of confidence from the school’s president and athletic department. Herman’s termination was quickly followed up by the school announcing the hiring of Alabama offensive coordinator Steve Sarkisian, who has led the Crimson Tide offense the last two seasons as the latest in a line of Nick Saban reclamation projects. Sarkisian’s career was on the verge of being over after he was fired by USC in 2015 as a result of substance abuse issues, but his offensive prowess landed him a home in the NFL a little more than a year later.

Now Sarkisian is set to take over his sec0nd major program, and one of the primary reasons for the quick decision by Texas was because Herman had lost his juice among high school kids in Texas. That problem became too much to bear for the program in November when Quinn Ewers, the No. 1-ranked player in the country in 2022, decommitted from the Longhorns and flipped to the Buckeyes. Ewers was joined as an Ohio State commitment by 5-star wide receiver Caleb Burton four days later, and the floodgates in Texas were officially open.

There is little doubt that Sarkisian is going to doÂ anything he can to try and keep all of the best players in Texas home, because if the Longhorns want to be a national competitor, they simply can’t allow Ohio State, Alabama, LSU and others to waltz into the state and take the cream of the crop. That being the case, it’s not going to be easy to sway kids that have committed to the Buckeyes this early, because they know that stability is not anywhere near an issue for Ohio State right now.

“It doesnâ€™t impact me at all,” Caleb Burton told Lettermen Row on Sunday. “I am locked in with Ohio State. I donâ€™t think anything can change my mind.”

After a decade-plus of chaos and an administration with a long history of stepping on the toes of its coaches, there’s no guarantee Texas will be back just because they hired another new coach. Ryan Day isn’t going anywhere, and the Buckeyes are building a college football wrecking ball in Columbus. The 2022 recruiting class looks like it could be the pinnacle of that, including Quinn Ewers. He isn’t even thinking about anything else right now.

“It doesn’t impact me at all,” Ewers said.

There’s no reason not to believe him. Things are rolling at Ohio State.

In an ironic twist of recruiting fate, Sarkisian’s hiring at Texas could actuallyÂ help the Buckeyes, because he was closer to 5-star 2021 defensive lineman J.T. Tuimoloau than any other coach at Alabama. And though it certainly won’t knock the Crimson Tide out of the running, it doesn’t hurt Ohio State at all to have him heading out of town.