BRADENTON (Fla.) â€” The Under Armour Future 50 will have a a number of Ohio State targets on center stage.

The event, staged the IMG Academy, will bring 50 of the country’s top-ranked high school football prospects in the 2022 and 2023 recruiting classes for a day of competition, camaraderie and ‘crootin. It will begin Saturday at 9:30 a.m. with the Future 50 camp and after that concludes, a 7-on-7 tournament and Big Man Competition will kick off later in the day.

It’s a talent-rich field including six of the country’s top 20 players in the Class of 2022, so there will be no shortage of star power. That’s become the standard for this event.

What willÂ Lettermen Row be paying close attention to and trying to hash out this weekend? Here are some key camp items from an Ohio State perspective. 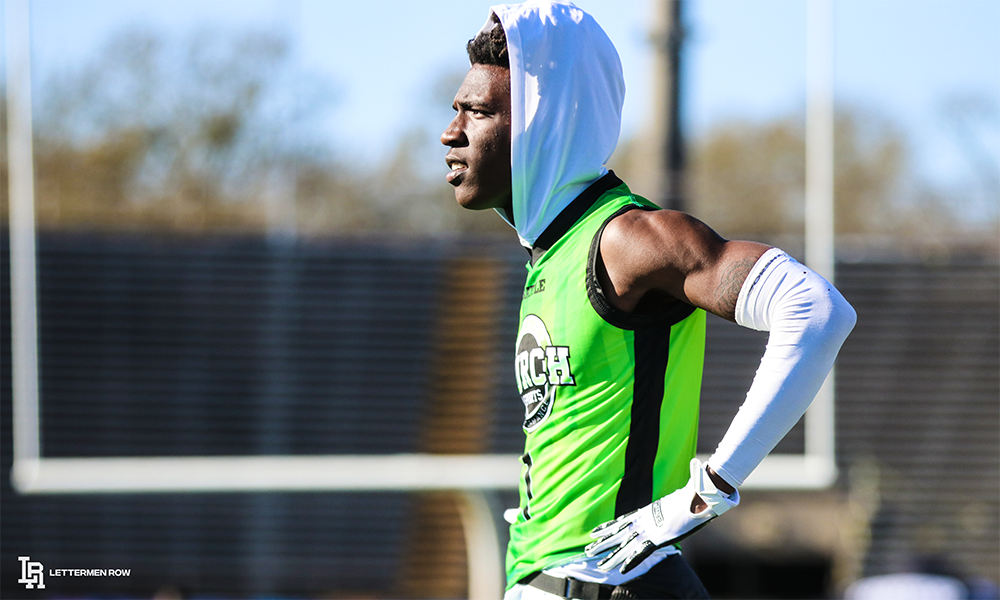 Jaheim Singletary is the country’s best cornerback in the Class of 2022. (Birm/Lettermen Row)

There are three Buckeyes commitments expected at the IMG Academy and will put their talent on display for those lucky enough to be in attendance. Composite 5-star talents Jaheim Singletary and C.J. Hicks, along with Top 40-ranked prospect Gabe Powers, will represent the top-ranked Ohio State recruiting class.

Powers made his official visit with the Buckeyes last weekend, Hicks will do that next weekend and Singletary the weekend after. This event will provide the two Ohioans, Hicks and Powers, their first chance to connect with Singletary in person. As the Ohio State recruiting class keeps building, it’s more important than ever to have that chance to build the relationship with Singletary. It’s never easy to recruit a kid from Florida and to keep him in the fold for a year without some dramatics is always a challenge. One of the best way to mitigate those concerns is to make sure Jaheim Singletary and the other Buckeyes commits keep getting closer.

That makes this weekend very important.

Both 2022 target Zion Branch and his brother, 2023 prospect Zachariah, will be at the Future 50 event this weekend.

As important as it is for the Ohio State verbals to connect with Singletary, it’s equally important that the momentum gained last weekend with the Branch family gets a booster shot. There was already a mid-week stop at USC for the Las Vegas Bishop Gorman duo and an official visit is set with the Trojans for June 25 for the 2022 safety.

The Buckeyes may be the team to beat right now for Zion Branch. This weekend is a chance to keep building on that ahead of the planned USC visit in two weeks. 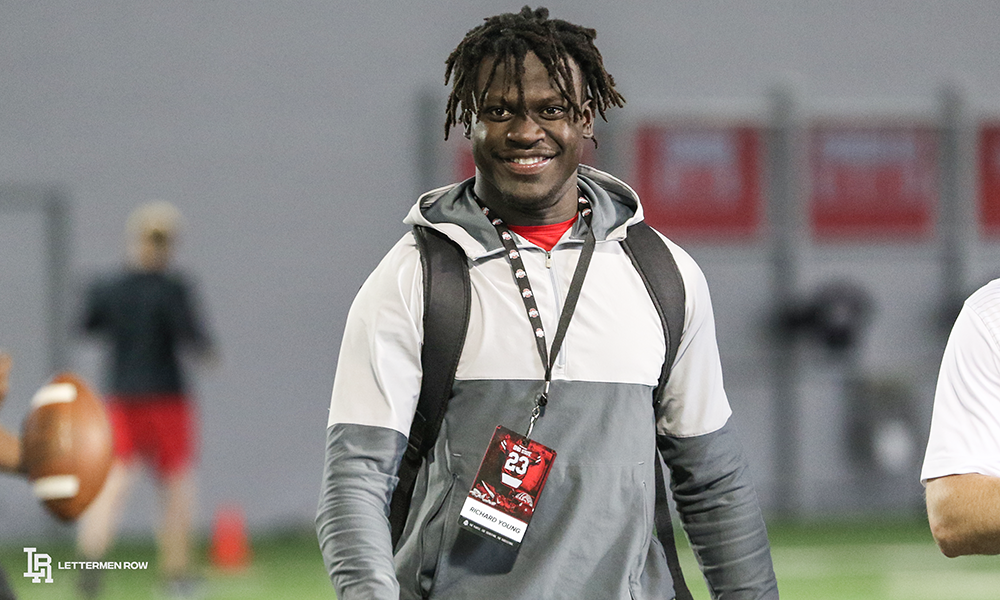 Richard Young was all smiles about his first visit to Ohio State. (Birm/Lettermen Row)

Richard Young will be back in Florida following Ohio State visit

The country’s No. 1-ranked 2023 tailback is back in Florida and he’ll compete at the Future 50.

Young is one of just four running backs at the event and the only 2023 of the group. He’s going to be a top target for Ohio State until whenever he makes a college decision. It’ll be interesting to see how much of a workout he puts in after going through the paces with Tony Alford on Wednesday. Young is going to continue being recruited by everyone in the country but the Buckeyes are in a very favorable early position. I’m looking forward to seeing how he stacks up against some of the country’s top 2022 running back talents.

Key defensive linemen will on display

Another Florida 5-star, 2022 defensive end Shemar Stewart, will also return to Florida after visiting Ohio State. Stewart is one of a handful of highly-ranked defensive line prospects in attendance who the Buckeyes covet. He’ll be joined by the No. 1-ranked player overall in the Class of 2023, Lebbeus Overton and fellow 2023 5-star Peter Woods. The country’s No. 1-ranked 2022 defensive tackle, Walter Nolen, will also be in attendance though he’s not really considering Ohio State at this time. Either way, it’s a very talented defensive line group.

Stay with Lettermen Row for more from this event throughout the weekend.