As the third-highest rated linebacker in the 2018 recruiting class for the Buckeyes, Pope hasn’t grabbed the same attention as Teradja Mitchell and other backup linebackers on the roster. But in the last two weeks, Pope has been able to show his massive upside and nose for the football.

Pope has had an interception in back-to-back weeks for the Buckeyes against Maryland and Rutgers. Sure, those are the two worst teams in the East Division. But the passes that were picked off were against starting quarterbacks in the Big Ten. Last week, it was an easier catch. Against Rutgers, though, Pope had a highlight-worthy play.

Rutgers quarterback Johnny Langan dropped back and thought he had an open receiver. Pope had different thoughts, jumping up and tipping the ball to himself for an interception.

Both of Pope’s interceptions have led to touchdowns for the Buckeyes, adding to the value those turnovers already had. Pope has been doing this since training camp, and when he gets on the field, he continues to make plays that matter for the Ohio State defense that more often than not seems to keep its edge, even when the game is decided.

Pope tied the team lead with six tackles, one on a kickoff and one in the second quarter against the Rutgers first-team offense, showing that his defensive skills aren’t reserved for garbage time. But he wasn’t the only Ohio State player who helped his cause in the blowout win over Rutgers in possibly the final time backups could see extensive playing time this season. Lettermen Row has four others who could use the win over Rutgers to their advantage. 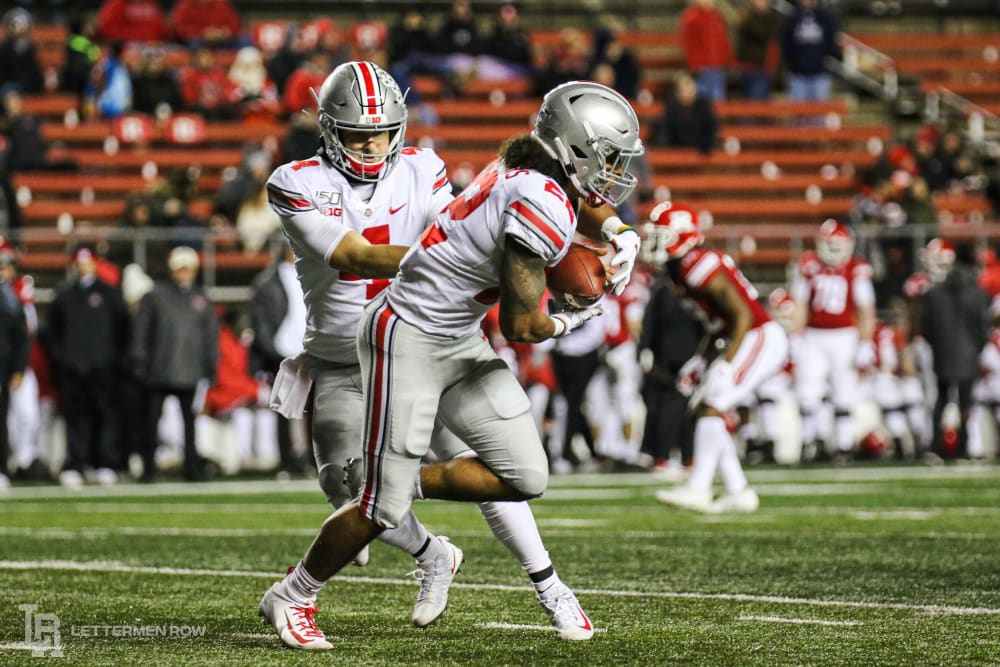 Ohio State running back Steele Chambers had a big fourth quarter for the Buckeyes. (Birm/Lettermen Row)

It was obvious from the beginning of the game that J.K. Dobbins and Master Teague weren’t going to see much time in the blowout win. With Marcus Crowley on the injury report, Steele Chambers had a chance to shine against Rutgers, racking up 56 yards on nine carries. All of those carries came in the fourth quarter, but the fact remained that Chambers ran hard and earned the yards he had in the final tune-up game for the season, allowing him to put some good runs on tape before the tough stretch against Penn State and Michigan arrive — when he may not receive carries. 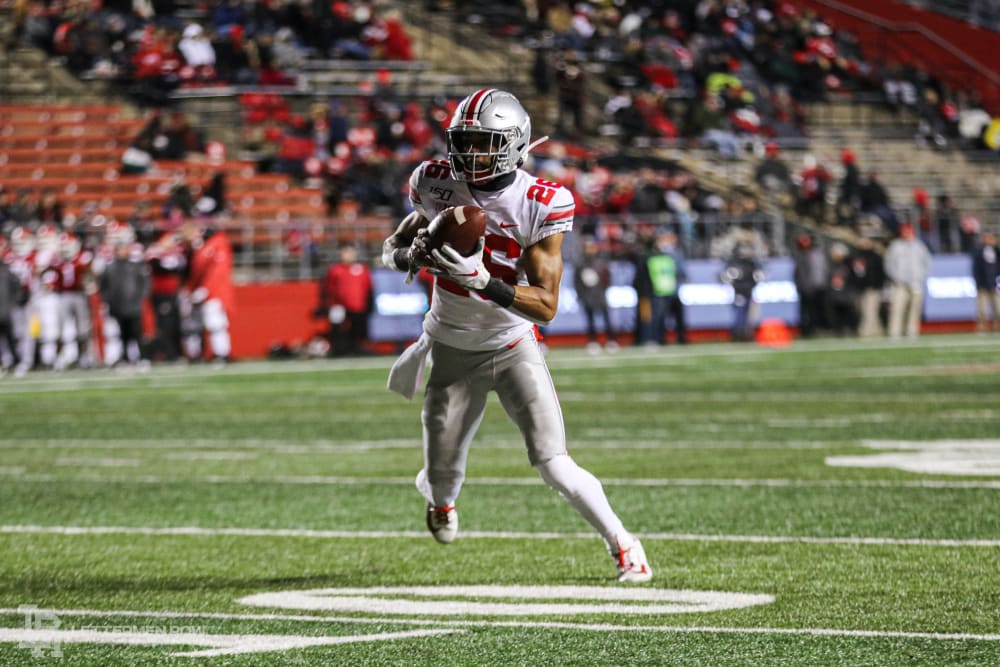 Jaelen Gill came into the season with a heap of expectations as the next great H-back at Ohio State. None of that has panned out for the second-year freshman from Westerville. The skill is there for Gill and Ohio State, but he hasn’t been able to find a way on the field. When he was in action against Rutgers, though, he impressed. Gill took a short pass from backup quarterback Chris Chugunov and went to work, breaking tackles and spinning 32 yards for a dazzling touchdown run that showed his potential in the Ohio State offense whenever he can crack the rotation. That won’t be this season, but Gill showed against Rutgers that he can eventually be a weapon for the Buckeyes. 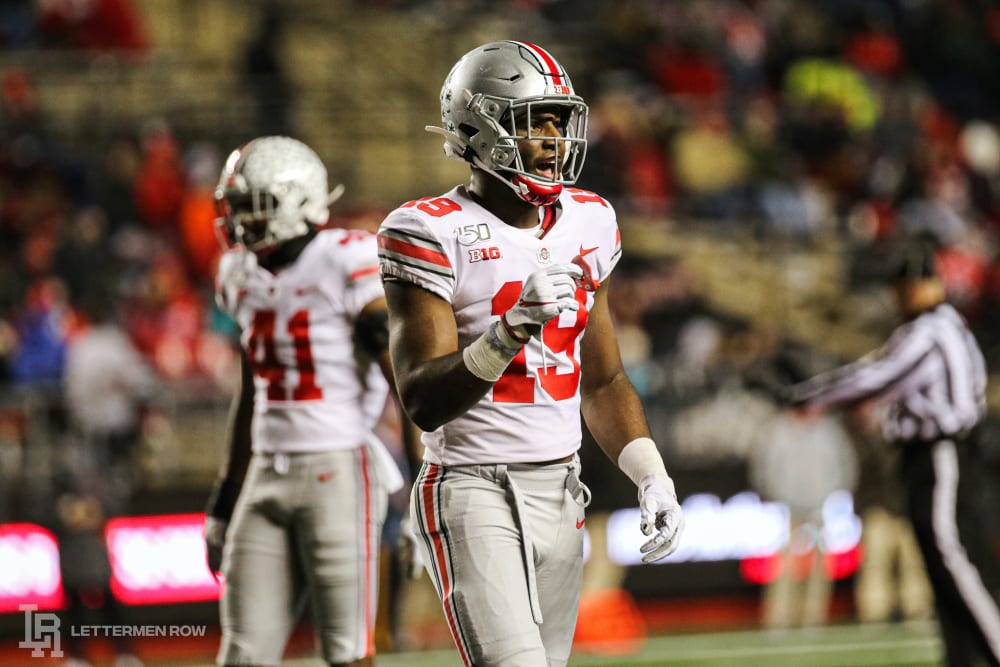 Ohio State linebacker Dallas Gant had a nice day for the Buckeyes against Rutgers. (Birm/Lettermen Row)

Gant had five total tackles. Mitchell ended the game with four. Gant had a tackle for loss. Mitchell matched that. Both linebackers seemed to be everywhere for the Ohio State defense during the second half, earning some key playing time. They’re likely the next men up for the Buckeyes as they enter the toughest stretch of the season. Again, it’s just Rutgers, but the experience on the road in a Big Ten game — and the success in the process — helped both Gant and Mitchell find some footing as the regular season winds down.

Two Ohio State tight ends found the end zone against Rutgers. Luke Farrell only needed one hand to catch the final touchdown of the night from Justin Fields just a minute and a half into the third quarter. Only a few minutes later, Jake Hausmann caught his first career Ohio State touchdown on a short pass from Chugunov. Ohio State started the season with a couple touchdown tosses to tight ends, and the Buckeyes are finding ways to get tight ends active in the pass game again. The win over Rutgers was just another example of that.