Either way, Shaun Wade decision will have major impact on Buckeyes
Aritcle written by:

The speculation, debate and conversations about Ohio State never end, and Lettermen Row is always ready to dive into the discussions. All week long, senior writer Austin Ward will field topics about the Buckeyes submitted by readers and break down anything that’s on the minds of the Best Damn Fans in the Land. Have a question that needs to be tackled, like the one today about Ohio State and the NFL decision of Shaun Wade? Send it in right here — and check back daily for the answers.

One way or the other, the outlook for the Ohio State roster is about to change significantly.

Shaun Wade is set to make a decision about his future on Saturday at home in Jacksonville, and it truly could go either way. If he’s in, the ceiling is raised for a Buckeyes secondary that no longer has to replace every starter. If he’s out, the next co-defensive coordinator and secondary coach has a much tougher job heading into next season with no surefire, experienced star to anchor the unit.

It’s not an overstatement to call Wade’s announcement the most crucial one of the offseason for the Buckeyes, and it’s honestly tough to predict exactly what he’ll do. Many mock drafts have included him as an option in the first round of the NFL Draft thanks to his undeniable athleticism, versatility and knack for creating turnovers. But there is also at least some skepticism since Wade hasn’t yet had the chance to prove himself as a lockdown, primary cornerback for the Buckeyes while playing alongside Jeff Okudah and Damon Arnette.

Certainly there’s a strong belief with the Buckeyes that Wade can be the top guy, and pairing him with the potential return of former cornerbacks coach Kerry Coombs could catapult the redshirt sophomore near the top of the draft next year. But perhaps Wade doesn’t want to take the injury risk and would be willing to start earning a check now — even if it means potentially sliding down the board because of those possible concerns about how his time at Ohio State so far translates to the next level and the fact that there are only so many spots to fill in the first round. 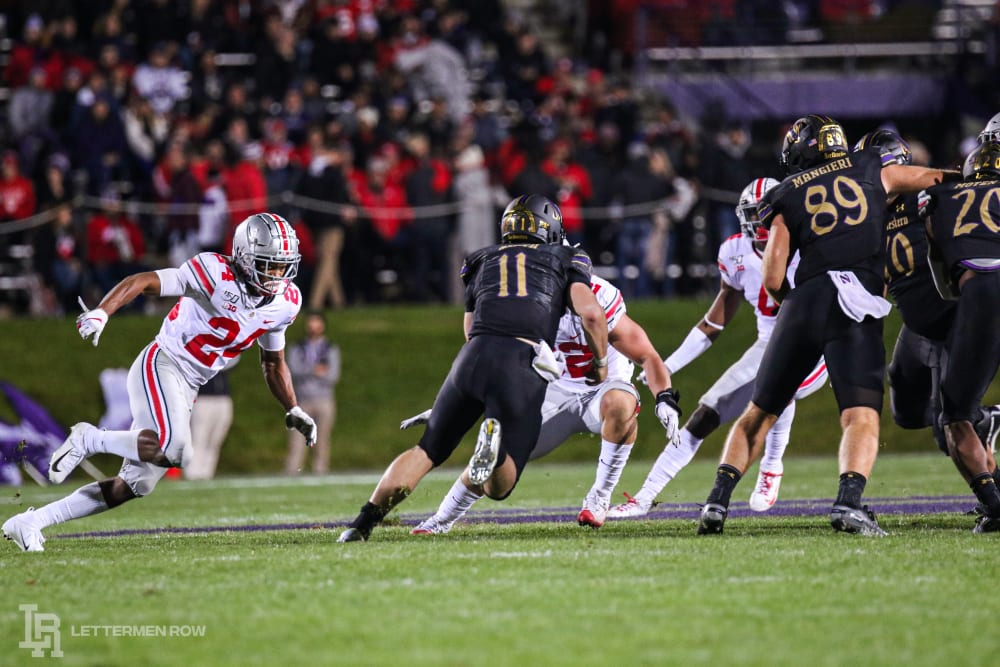 Ohio State defensive back Shaun Wade is a crucial piece of the Buckeyes puzzle. (Birm/Lettermen Row)

It’s truly a difficult call for Wade, and he’s consistently indicated he would take his time to make sure to get it absolutely right for himself and his family. But he’s also working against a couple deadlines with underclassmen needing to declare in the next two weeks and classes resuming at Ohio State on Monday. Clearly the Buckeyes would do backflips if they get back to work next with Wade leading the way for the defensive backs, and as plenty of guys dating back to Mike Doss can attest, there’s real value in deciding to stick around, boost the personal stock, become a leader and compete again for a national title.

Only Shaun Wade will be able to accurately answer what’s going to happen on Saturday, and he’s keeping that secret close to the vest. There is a bit more optimism coming from the Ohio State side than existed even a month ago, and maybe that’s a sign of what’s to come — or perhaps it’s just wishful thinking.

Either way, the Buckeyes will find out where they stand this weekend. And whatever Wade decides will significantly impact the program no matter what.