Don’t argue about the inconsistent logic. Don’t stress about where the Buckeyes sit now and what might happen depending on who wins on Saturday in the SEC. Don’t worry about the potential matchups or which semifinal site would best suit Ohio State now that it’s already clear how highly respected the program’s accomplishments are so far this season.

Regardless of where the new No. 1 Buckeyes checked in on Tuesday night in the initial rankings, those suggestions all would have been the same. And while it’s not exactly breaking new ground to point out that controlling what it can control and winning every game is the only thing that matters to Ohio State if it wants to get back to the College Football Playoff, when it’s unbeaten, that message should be taken even more seriously.

Obviously that doesn’t seem to be a problem in the Woody Hayes Athletic Center, where nobody who met with the media on Tuesday afternoon showed even the slightest concern about where the Buckeyes were slotted in the initial standings. And that’s perhaps the surest sign yet that Ryan Day has his team focused on what really matters.

“Nah, I have zero interest,” Ohio State quarterback Justin Fields said. “It doesn’t matter until we’re done, and hopefully we make it to the Big Ten championship. After that game, that’s when it matters. 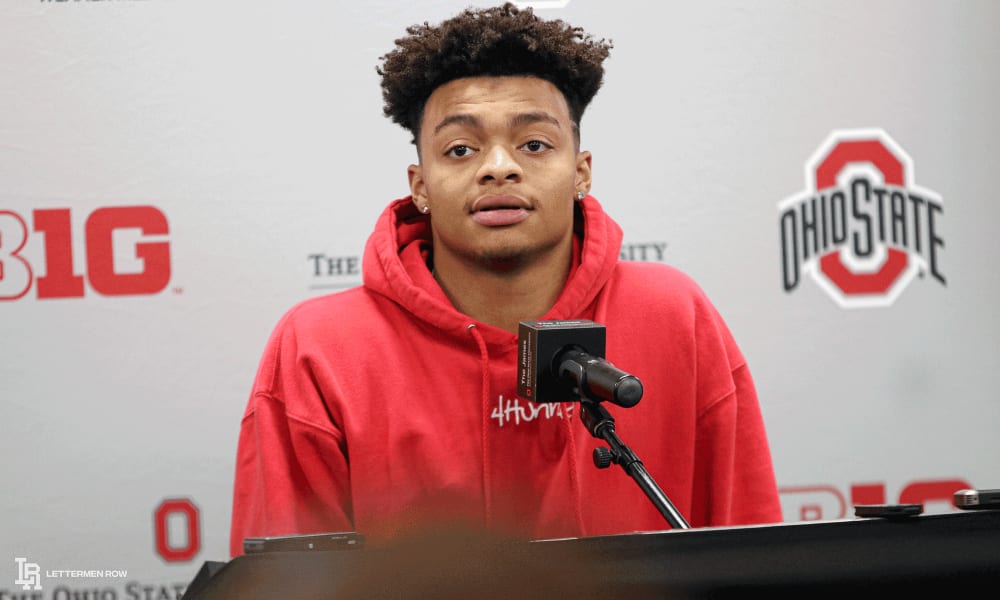 “We’re just trying to take it week by week, because we know that no matter where they rank us today, that won’t affect us until the end of the season. So, I’m not really worried about the rankings right now. Like, to be honest, I don’t care if they put us No. 25. I really don’t care.”

Obviously it helps that Ohio State was already well aware that it would most likely be in playoff position and not merely sneaking into the rankings. Maybe the Buckeyes would be a little more curious if they had already lost, giving into the temptation to sneak a peek to see how much work was ahead of them to get back into a top-four spot — although this team’s mentality all season suggests they would be showing the same indifference.

Nothing that has happened outside of the practice facility so far has changed that focus, whether that’s been preseason hype for rival Michigan, Heisman Trophy races heating up, NFL speculation about Day or any other form of distraction that pops up under the intense spotlight at Ohio Sate. The Buckeyes didn’t need a committee to point out that they need to keep winning to reach their biggest goals. And if they do that with a schedule backloaded with tough tests, everything will work out for them just fine.

“I think it’s for the fans,” Day said. “Doesn’t mean anything to us, because if we lose this weekend, we’re not going to be in the top four, that’s for sure. What matters is where we’re at once we’re done with the season, the regular season.Â None of that really matters to us.

“It doesn’t matter if we don’t continue to win. What matters is the record at the end of the season, where you’re ranked at the end.Â That [first ranking] does not matter to us.”

Neither will the second or the one after that.

The debates will surely rage elsewhere, but the Buckeyes don’t have to do anything but win from here out.