COLUMBUS — Last summer, Ohio State fifth-year senior Chris Chugunov was ready to hang up his cleats and put football behind him.

Then, in late July, he received a call that turned the former West Virginia quarterback into a graduate transfer, then a reserve for the Buckeyes — and now one of the most important players currently on the roster.

“My transition was complicated with health and stuff like that — I almost walked away from football,” Chugunov said this spring. “I ended up here, and here I am.”

In truth, where Chugunov, a Skillman, N.J., native, is now isn’t where he was last summer. When he arrived in Columbus last August, the 6-foot, 208-pound quarterback was providing a fourth-body to take some reps for Ohio State. As a player with two years of eligibility left, Chugunov was an insurance policy in the event that Dwayne Haskins became the quarterback some believed he could become and left early for the NFL draft.

The idea that Chugunov would ever be needed in a game for the Buckeyes didn’t seem to be on his mind. The chance to complete his master’s degree as a scholarship player at Ohio State was worth putting the spikes back on for by itself.

“I came here for a lot of reasons, both on the field and off the field,” Chugunov said. “I’m working on my master’s while I get to play, plus me and [coach Ryan] Day have a really good relationship. 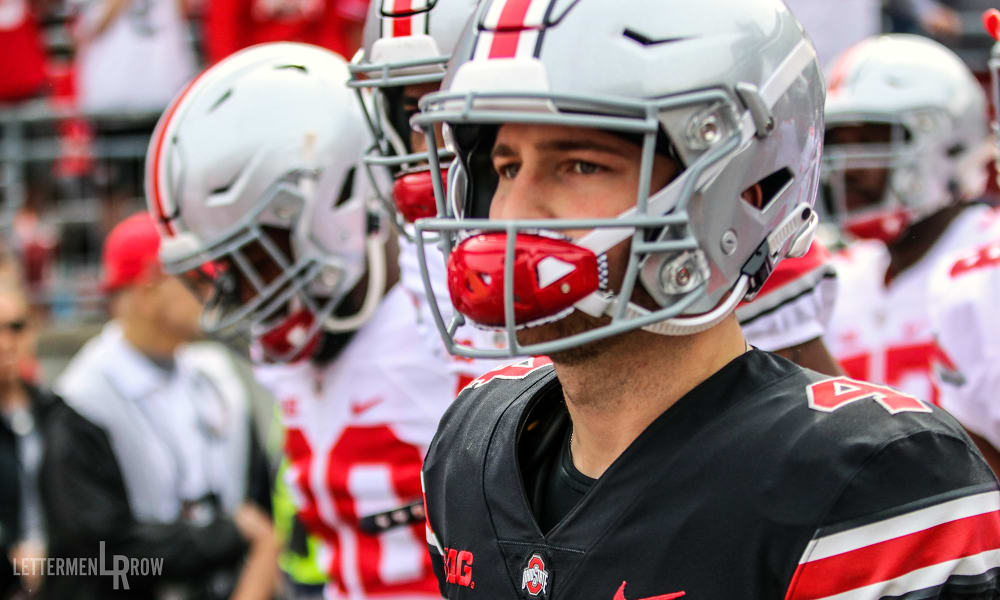 Chris Chugunov came to Ohio State for a Master’s Degree — and to play a little football. (Birm/Lettermen Row)

“The opportunities that Ohio State provides for off the field [are valuable]: Real Life Wednesdays, the internships, obviously the master’s program I’m in. And I just like throwing the football. I’m a simple guy. It really is that simple for me.Â It’s been great. Playing with some of the best players in the country, working on my education off the field and working on my craft on it, it’s been awesome. It’s been a great experience.”

That experience is about to change dramatically after the depth chart changed yet again with redshirt freshman Matthew Baldwin electing to enter the transfer portalÂ and leave the program to potentially get closer to home in Texas.

Chugunov has always been important to Ohio State, but now he’s one twisted ankle away from being the starting quarterback.

“I’ve sat down with Coach Day multiple times and we’ve talked about the position I’m in and the value it has for the team. The role I play. I’ve embraced it and I just come out here to work every day. I’m here, I have experience and I’m going to compete every day and also excel off the field and set myself up for when football is over. While I’m here, I just do whatever they ask me to do.” 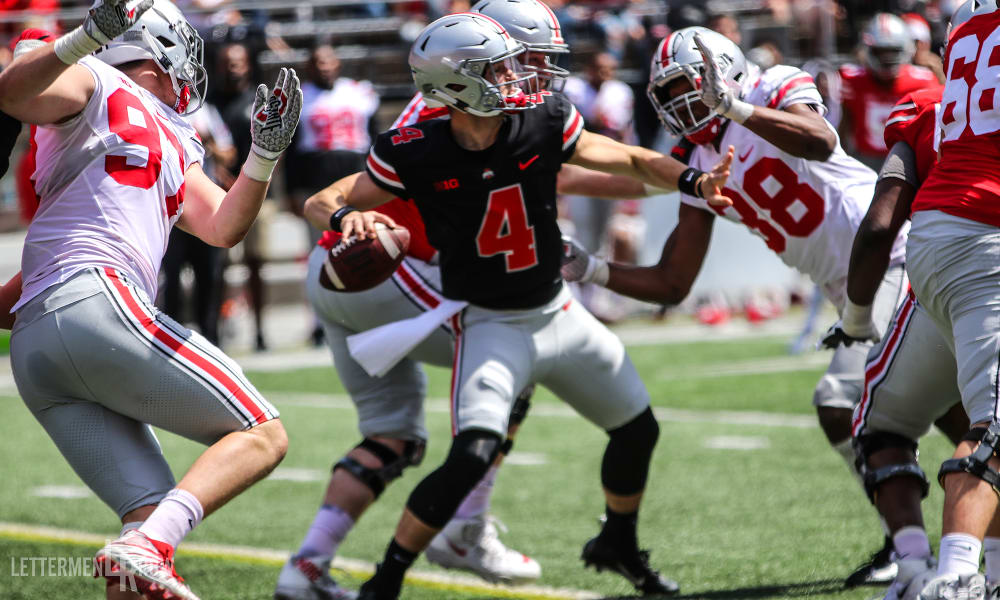 Last season, Chugunov wasn’t asked to do much. Behind Haskins, Tate Martell and Baldwin, he saw the field for a handful of plays against Rutgers after Martell had his bell rung in mop-up duty. He was the veteran in a room full of young, talented quarterbacks — and now he finds himself behind Justin Fields as one of just two scholarship quarterbacks at Ohio State.

Don’t expect Chugunov to get frazzled by the changes, though. He’s glad to get any chance to throw the football.

“I just kind of walk out here and do my thing every day, in the meeting rooms as well,” Chugunov said. “Just being here and playing at this level, you have to compete every day, right?

“When they call my name and say ‘Hey, Chugs — hop in, take some reps.’ Then I’m like ‘All right, let’s play some ball.’ That’s pretty much the only thing that goes through my mind.”

And both parties can be thankful that he didn’t hang up the cleats last summer.