Dominance, not doubt, was more a feature of the Big Ten Championship earlier this month inside Lucas Oil Stadium.

Just donâ€™t expect to discern that by watching the special teams tape of fifth-year senior Terry McLaurin in that tilt where Ohio State outclassed Northwestern on the field.

And donâ€™t expect freshman phenom and Next Great Ohio State WideoutÂ Chris Olave to find a better example, on or off the field, than what heâ€™s gleaned from McLaurin during his coming-out freshman season.

â€œI give it all to my big brother in Terry McLaurin, making all those plays on offense and going down on special teams and making an impact in his fifth year,â€ Olave told Lettermen Row. â€œHeâ€™s the most unselfish player and I love him to death.

Olaveâ€™s emergence after the midyear injury to Austin Mack traces its own unbelievable moments. Three of Olaveâ€™s 12 receptions went for touchdowns, two of them in The Game against dreaded rival Michigan.

â€œI say this a lot, Iâ€™ve had a lot of younger brothers, Jaylen Harris and Bin Victor, and [Olave] is as good as they come,â€ McLaurin said. â€œNothing against those two, I love them all, but that kidâ€™s the real deal.

â€œTo come in as a freshman and to have done what heâ€™s done, you canâ€™t ask for much more. Austin went down, thatâ€™s a big part of our rotation, and he picked up the slack. Heâ€™s going to be a great player; not just on the field but off the field. Heâ€™s raised right and Iâ€™m happy to see what his future holds.â€ 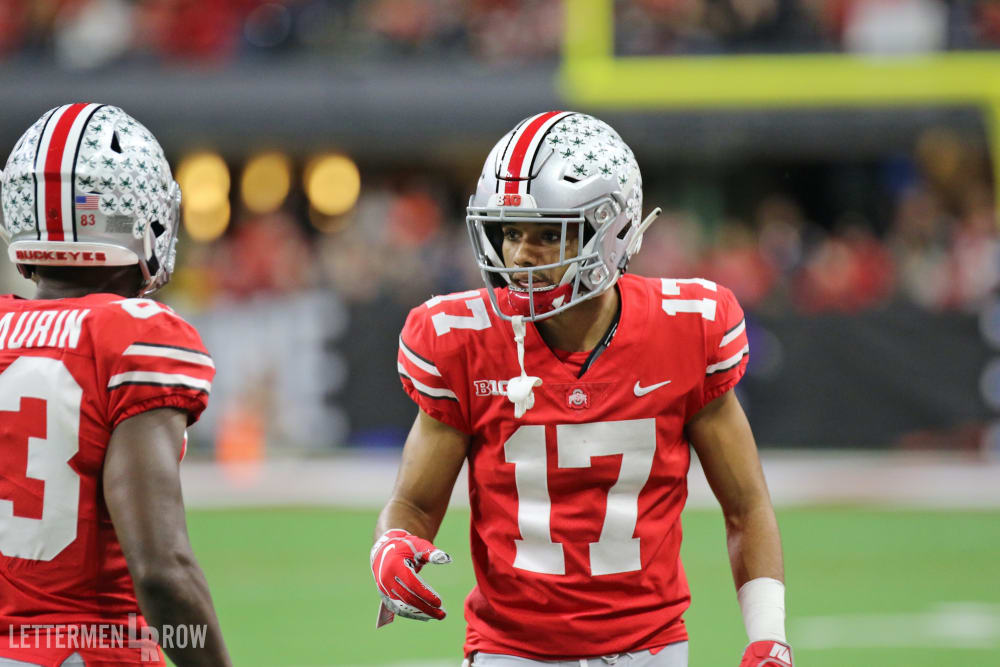 Olave wasnâ€™t sure his debut campaign was going to hold much in the way of memories. Homesick and some 2,300 miles from his San Marcos, Calif., roots, Olave needed McLaurinâ€™s sage approach away from the game more so than his selfless example on the field.

â€œJust knowing Terry, he was kind of one of the first receivers I got to know and when I was down during the season, he kind of picked me up and told me what I could be,â€ said Olave, who appeared in all 13 games and averaged 16.4 yards per catch. â€œAnd just being a family member that I needed out here.

â€œJust playing on special teams, Terry, thatâ€™s just what I needed not having family out here and just trying to survive on my own. Terry just brought me to the side and told me how it was and told me he went through the same thing. I just looked at where heâ€™s at now and stuck to the plan and got through it.â€

As he prepares for his final game as a Buckeye in the Rose Bowl on New Year’s Day, McLaurin looks and sees an Ohio State program in plenty capable hands — especially those of Olave.

â€œI feel like, especially â€˜Zone 6,â€™ weâ€™re leaving it in great hands,â€ he said. â€œAs seniors, you canâ€™t ask for much more, all that weâ€™ve been through this season, the ups and downs, losing Coach Meyer at the beginning of the season, weâ€™re leaving championship DNA in this team and I hope they build on that.â€

Itâ€™s not just something around which the Buckeyes can point to the future; in Chris Olave, theyâ€™ve got a player they are already building around.