Ohio State: Chris Olave emerges as star for Buckeyes in The Game

COLUMBUS — Chris Olave is going to get more chances to impress in The Game. But the Ohio State freshman is going to have a hell of a time ever topping his debut.

Olave had never caught a touchdown with the Buckeyes, and he had two before the first half was even complete against Michigan. He blocked a punt that directly produced another score. And after spending most of the season just waiting for his chance to crack the rotation, Olave became an overnight legend as part of the most storied rivalry in college football.

What will Olave do for an encore? That’s an issue for next year, because right now he’s still just trying to process what he did in the 62-39 demolition of the Wolverines on Saturday at the Horseshoe that again stamped Ohio State as a national-title threat.

“It’s unreal, to be honest,” Olave said. “To come out here and contribute to the team is a blessing.

“It hasn’t really hit me, but I’m a team guy. I just wanted to do it for my teammates, and to make those big plays, I just gave it all for them.”

The Buckeyes obviously graciously accepted what Olave had to offer, validating all the preseason buzz that he could become the guy to take the torch from the veterans in a loaded group of wide receivers.

It’s all that veteran talent that initially made it hard for him to get any significant action as a freshman. But the injury to Austin Mack in October cracked the door for him, and Olave officially kicked it down for good with his versatile, standout effort to help send the Buckeyes to Indianapolis for the Big Ten title game.

“[Olave] comes from an incredible family, came all the way across the country to be a Buckeye. And you could see it right out of the jump when he started practicing that he’s got it.”

The rest of the world has seen it now. And Olave will forever be remembered for what he did with his first chance to suit up in The Game. 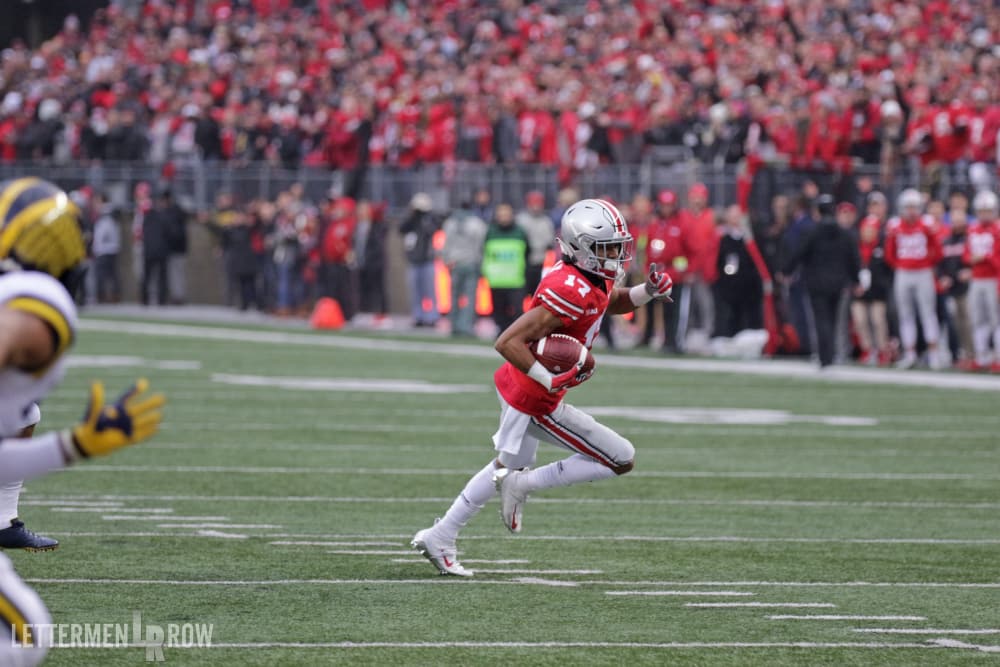 The dynamic freshman only made two receptions, but he cashed both of them in for touchdowns to help the high-powered Ohio State offense get rolling against the nation’s top-ranked defense. But what really pushed the outing from Chris Olave over the top was his blocked punt in the third quarter, showing off his incredible speed on a play that was specifically designed to take advantage of his athleticism. Even Urban Meyer doubted whether the youngster would be able to get to the punter quick enough, but Olave showed exactly why the Buckeyes have so much faith in him with the game-defining play. 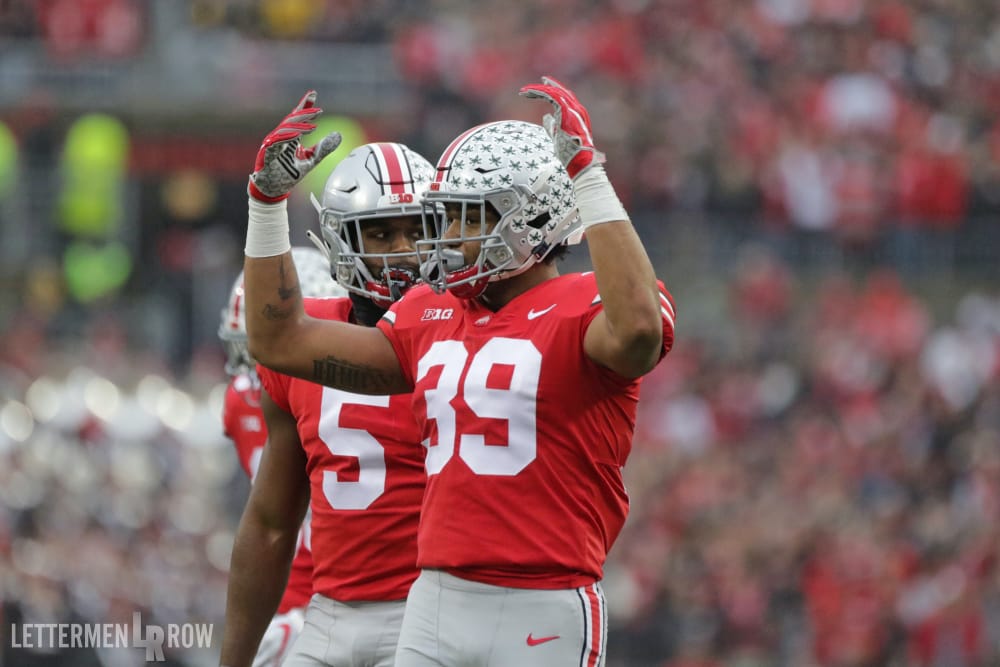 From the opening drive of the game, Malik Harrison and the Ohio State defense came out looking to set the tone. And it was the junior linebacker who delivered a decisive blow that made it clear the Silver Bullets were back and ready to fly against Michigan. Harrison flashed his blend of speed and power by shooting into the backfield for an early sack that energized both the Buckeyes and the huge crowd at the Horseshoe. He would follow that up with another tackle for loss among his seven total hits, and he was consistently making his presence felt defensively. 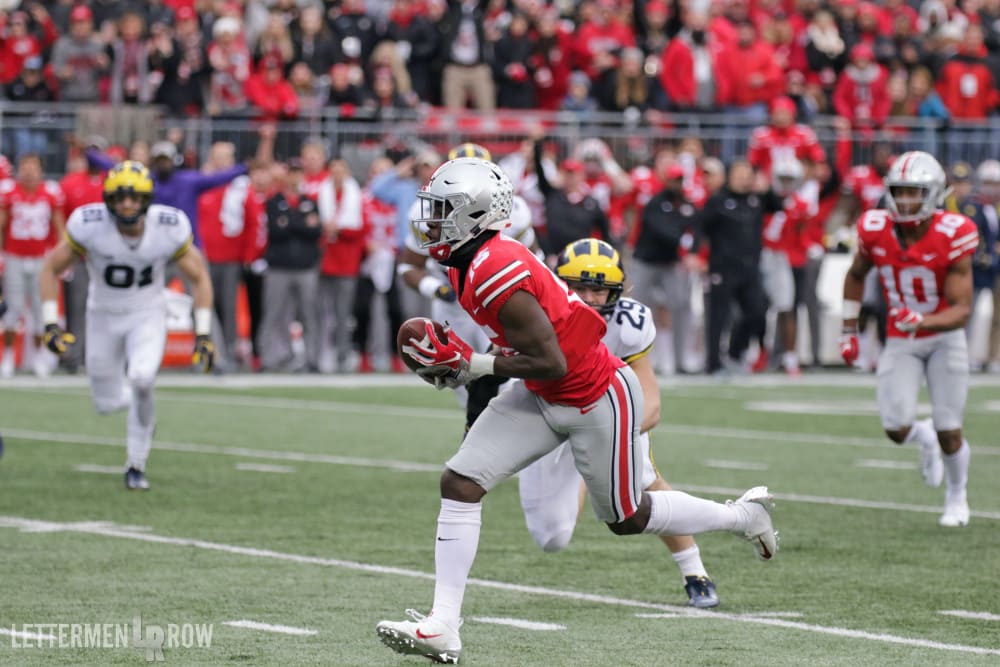 After Olave did his thing by blocking the punt, Sevyn Banks picked up the torch from there. The freshman cornerback did an incredible job identifying the ball in the air, sprinting to try to field it and then making the catch and dashing to the end zone. The 33-yard return for a touchdown was a clear signal that the Buckeyes were building momentum and on the brink of pulling away from Michigan, and it was another performance from a young talent that continues to bode well for the program heading into the future.