The speculation, debate and conversations about Ohio State never end, and Lettermen Row is always ready to dive into the discussions. All week long, senior writer Austin Ward will field topics about the Buckeyes submitted by readers and break down anything that’s on the minds of the Best Damn Fans in the Land. Have a question that needs to be tackled, like the one today about the Ohio State defensive line? Send it in right here — and check back daily for the answers.

From a viewing standpoint it seemed the defensive line got to the QB WAY too easily. That beating said, was it a fault of offensive line or once again another stellar year to come at D-Line? Or both?

The matchup was unfair from the start, but there’s not a whole lot Ohio State could have done about that short of just playing 7-on-7 and keeping the Rushmen on the sideline. Honestly, it could have been just about any offensive line in the country and Larry Johnson’s group might have dominated just like it did in the Horseshoe on Saturday — or more importantly, like it did during more meaningful scrimmages previously in camp.

Every year the bar keeps getting raised by the Buckeyes up front, and every spring it gets more difficult to believe that the next generation of pass-rushing threats can be better than the guys before them. But it keeps on happening, and it looks well within the reach of a unit that includes a superstar in Chase Young, a polished veteran in Jonathon Cooper, a rising phenom in Tyreke Smith and one of the nation’s most coveted recruits in Zach Harrison — along with what could be a rotation of at least a half-dozen standout defensive tackles.

So, the short-handed Ohio State offensive line that has the potential to be quite good by the fall may have played a part in how easy it looked to generate pressure, collapse the pocket or blow up blocks. But it’s probably much safer to give the credit to the Rushmen, a group that collectively could become the nation’s best this season — one season after losing both Nick Bosa and Dre’Mont Jones. 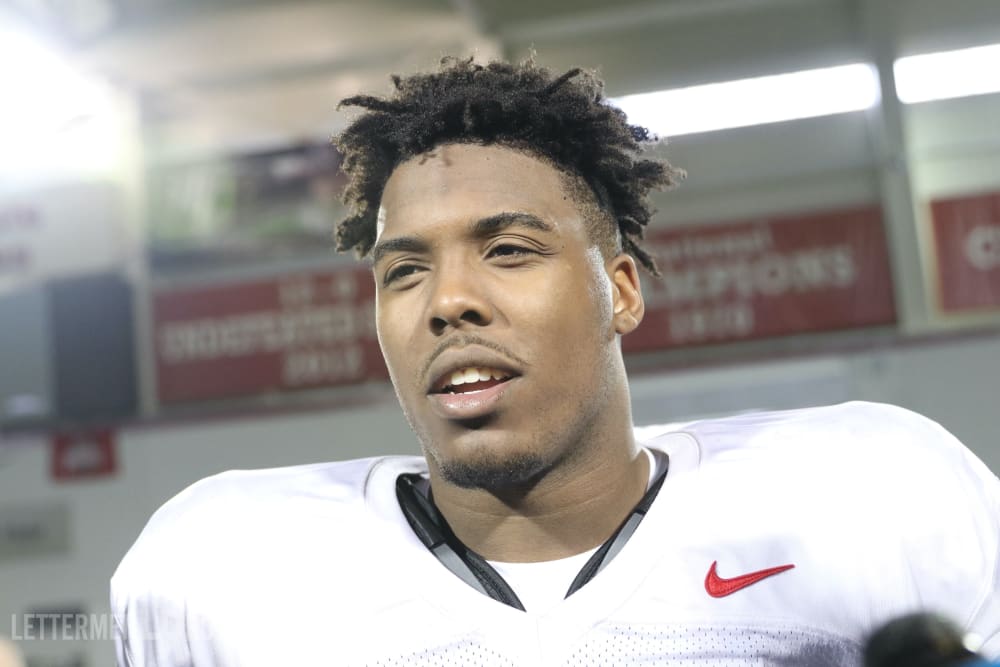 “So, I definitely have confidence in my defensive line. We’re going to bring it hard.”

The Buckeyes are also going to bring the talent in waves against opponents, and Johnson will again have the luxury of freely substituting to keep guys fresh at every single position up front.

The creativity in deploying all of that skilled personnel already showed up this spring with Jashon Cornell sliding back inside to use his pass-rush moves in a Jones-like role on the interior. With Robert Landers slowed by injury and Davon Hamilton with experience already under his belt, a group of youngsters including Taron Vincent and Tommy Togiai started pushing for expanded roles at defensive tackle. And with no real need for Young or Cooper to work much at the end of camp, Smith and Harrison gained valuable experience with added reps — and even a somewhat overlooked guy like Javontae Jean-Baptiste flashed in the scrimmage, showing he can be a factor as well.

That might still be just scratching the surface of Buckeyes who can help dominate the line of scrimmage yet again this season. And it might not matter one bit who is trying to block them now or in the fall.