What is the best way for Ohio State to use Demario McCall?
Article written by:

The speculation, debate and conversations about Ohio State never end, and Lettermen Row is always ready to dive into the discussions. All week long, senior writer Austin Ward will field topics about the Buckeyes submitted by readers and break down anything that’s on the minds of the Best Damn Fans in the Land. Have a question that needs to be tackled, like the one today about the Ohio State and Demario McCall? Send it in right here — and check back daily for the answers.

@AWardSports We agree on most things, but I am in the Demario McCall camp. That young man is fast. He has the ability to go to the house every time he touches the ball. Just my opinion.

There is absolutely no question that the speed is special. Few players can match the dizzying elusiveness in the open field. And when it comes to providing a spark in a hurry, clearly Ohio State believes in that ability with Demario McCall or it wouldn’t still be trying to find the best way to use him.

The main reason any skepticism still exists here about the redshirt junior? He just doesn’t seem to fit as a true, every-down running back, and any attempts to make him into one probably aren’t going to work.

There’s nothing wrong with that at all, by the way. It’s not meant as a criticism, it doesn’t mean the Buckeyes should banish him to the sideline and it’s also not a suggestion that McCall shouldn’t touch the football. On a team as talented as Ohio State, there’s no shame whatsoever in becoming a situational weapon, and McCall certainly has the explosiveness to change games and be a factor as the season progresses.

McCall on a wheel route? Good luck to any defender with that assignment.

McCall on a jet sweep? That’s a surefire way to get him to the edge and allow him to showcase his speed.

McCall as a returner on special teams? If he’s definitively put the problems with fielding kicks in the rearview mirror, he probably has the highest upside in that role of anybody on the roster. 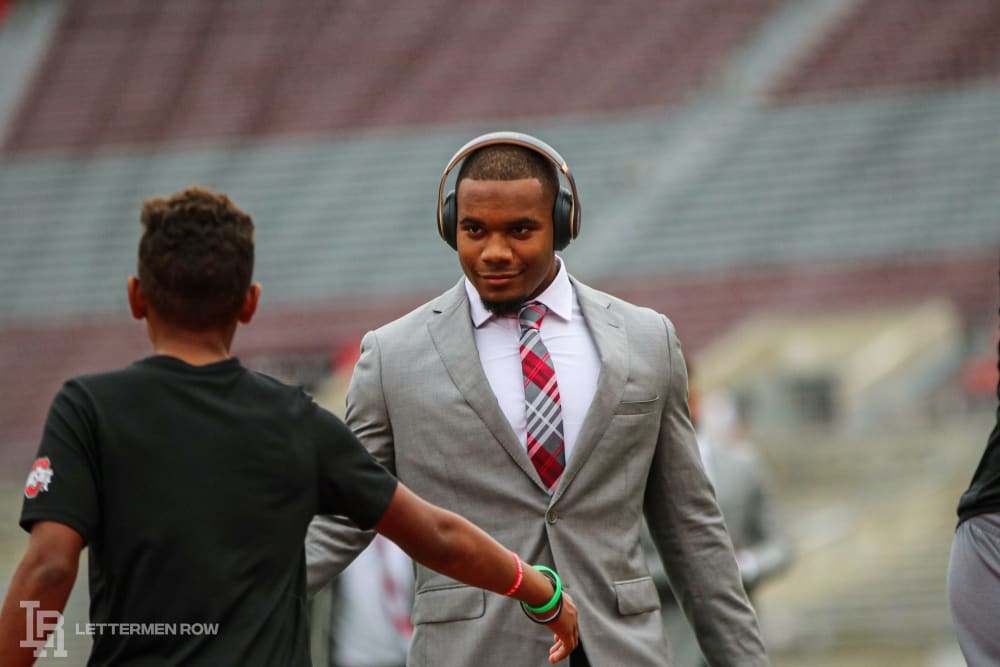 But running McCall between the tackles isn’t going to be his strong suit. He’s not likely going to become as reliable as Ohio State needs him to be when it comes to blocking and picking up blitzes. And considering the unlucky string of injuries he’s dealt with during his career, that has to at least creep into the back of Ohio State’s mind when it considers where it wants to use him and how much — particularly with Master Teague on the rise at tailback.

Granted, it’s still early in the season and the sample size remains relatively small. But out of everybody on the roster who has registered a carry in the first two weeks, McCall’s 3.1 yards per attempt is the lowest average on the team. The Buckeyes have given him seven carries, and he’s turned that into just 22 yards with the longest rush going for 6. Compare that to the flashes he’s shown already with a 35-yard punt returner and it becomes a little clearer that it’s more a matter of finding the right spot for him and not a question of ability.

It certainly hasn’t been easy for McCall to have to deal with all the shuffling around at different positions throughout his career, and obviously injuries hindered his development along the way. Those issues weren’t his fault, but they have to factor into the discussion with him when there is so much other talent competing for touches alongside him for Ohio State.

Can Demario McCall be a home-run threat for the Buckeyes? Absolutely, and Ohio State will keep trying to pick its spots to let him take a few swings. At this point, it just doesn’t seem like it’s going to happen as a traditional running back.