The recent recruiting at wide receiver and H-back is about to be tested for Ohio State.

Sure, some proven weapons are still in Columbus. But the Buckeyes lost three key seniors to the NFL. That’s a lot to replace, even for a program like Ohio State. The Buckeyes have recruited well at wide receiver, so they don’t expect a drop-off. Itâ€™s Wide Receiver Week atÂ Lettermen Row, and we have five burning questions for how things might shake out for the Buckeyes offensive playmakers.

Who takes over for Parris Campbell at Ohio State?

Campbell left Columbus after an impressive backend of his career, which was capped off with an 88-reception, 1,062-yard receiving season in 2018. Campbell’s now with the Indianapolis Colts, and that leaves a hole in Ohio State’s offense.

K.J. Hill is the obvious answer, but he’s likely to lead the unit from the slot, and from there, he’s destined to put up big numbers.

Fans assume DeMario McCall will be next in line at H-back, but McCall’s had trouble staying healthy throughout his career, and spring was no exception. Enter Jaelen Gill. The former 4-star prospect impressed coaches during spring practice and could be the answer. That’s not to say he’s going to have a 1,000-yard season, but he could find himself on the field for key moments.

The Buckeyes also have former walk-on C.J. Saunders, who could find himself in the thick of the rotation at slot and H-back. 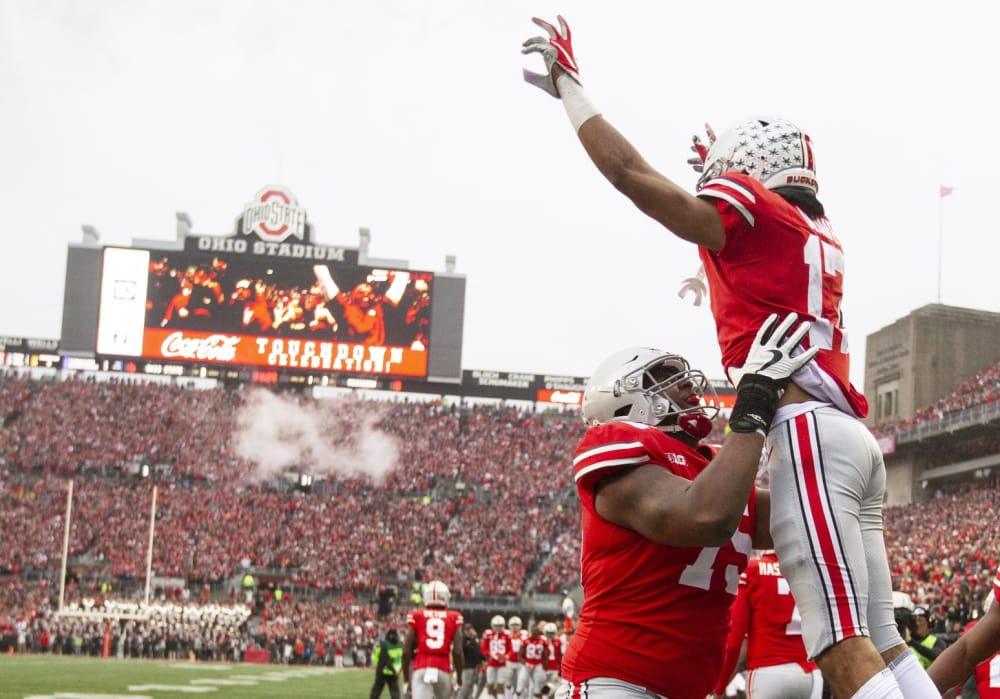 Can Chris Olave continue what he started in 2018 for Buckeyes?

Chris Olave made a name for himself in a hurry once Austin Mack became sidelined for the season. Now, he’s going to be expected to carry a load in the passing game. Before November last season, Olave had two catches for 19 yards on the season, but after, he emerged as a primary target for Dwayne Haskins.

It’s easy to remember the Michigan game as his coming-out party, but don’t forget his five catches, one of them for a touchdown, in the Big Ten Championship Game against Northwestern. Olave made flashy plays at the end of the season, but his responsibility is larger now. The Buckeyes will have to figure out if he can become a consistent target for Justin Fields.

How much will Ohio State freshman Garrett Wilson play?

The question was never about if Wilson would play as a true freshman, and that stance was affirmed in the spring. Wilson lost his black stripe the week before the Spring Game, and then he showed the 61,000-plus in attendance at the Spring Game why.

With the loss of Campbell, Johnnie Dixon and Terry McLaurin, Ohio State needs veteran playmakers to take another step forward on the outside. If they don’t, though, Wilson is more than capable of having an immediate impact for the Buckeyes.

What about Austin Mack and Binjimen Victor?

The pair of seniors have had their fair share of big plays during their time on campus, but they’re entering their final seasons without flashy numbers. Olave and Wilson both want to play and will play, so what does that mean for Mack and Victor?

Mack’s injury came at a bad time last season, when he was hitting his stride in the Ohio State receiver rotation. Victor proved he’s a gamer with his catch and run for a touchdown against Penn State. Both have shown the ability to have game-changing plays in the biggest games. Now, it’s time for them to plant themselves as All-Big Ten caliber wide receivers. 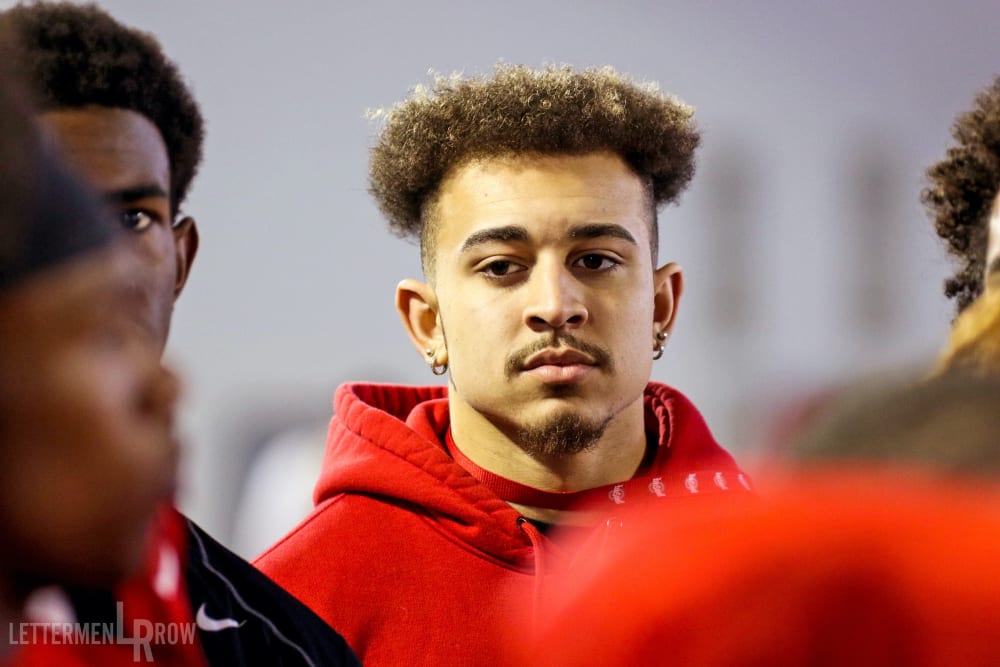 Who will join Gee Scott and Jaxon Smith-NjigbaÂ in recruiting class?

After losing three receivers to the NFL last season and potentially more after 2019, the Buckeyes need pass catchers. The 2020 class can become a huge one for Ryan Day and Brian Hartline.

Ohio State already has commitments from a pair of 4-star receivers, Washington’s Gee Scott and Texas’ Jaxon Smith-Njigba. But according to Lettermen Row recruiting savant Jeremy Birmingham, the Buckeyes would like to add two more. Ohio State’s No. 1 target, Pennsylavania’s Julian Fleming, is announcing his college decision Friday, and that could change the entire outlook of the class. If the Buckeyes land Fleming, other receivers are likely to follow. If not, the Buckeyes will be searching elsewhere for options.