Three of those top leaders will speak publicly this week for the first time since the spring.

Ohio State and the Big Ten announced who will be in attendance for the annual Big Ten Media Days in Indianapolis, held July 22 and 23. Along with coach Ryan Day, the Buckeyes will send junior defensive end Zach Harrison, senior left tackle Thayer Munford and senior wide receiver Chris Olave as representatives of the football team, showing they are all three in line for leadership roles inside the Woody Hayes Athletic Center.

Munford has grown into a leader during his three years starting on the offensive line. As he enters his fourth year as a starter, he’s one of the most experienced offensive linemen in the country — and he’s a projected high draft pick next spring.

Olave has always had the work ethic to be one of the standout leaders for the Buckeyes, and he has found a voice, becoming more vocal throughout his career as a standard-bearer of the top wide receiver unit in the country. 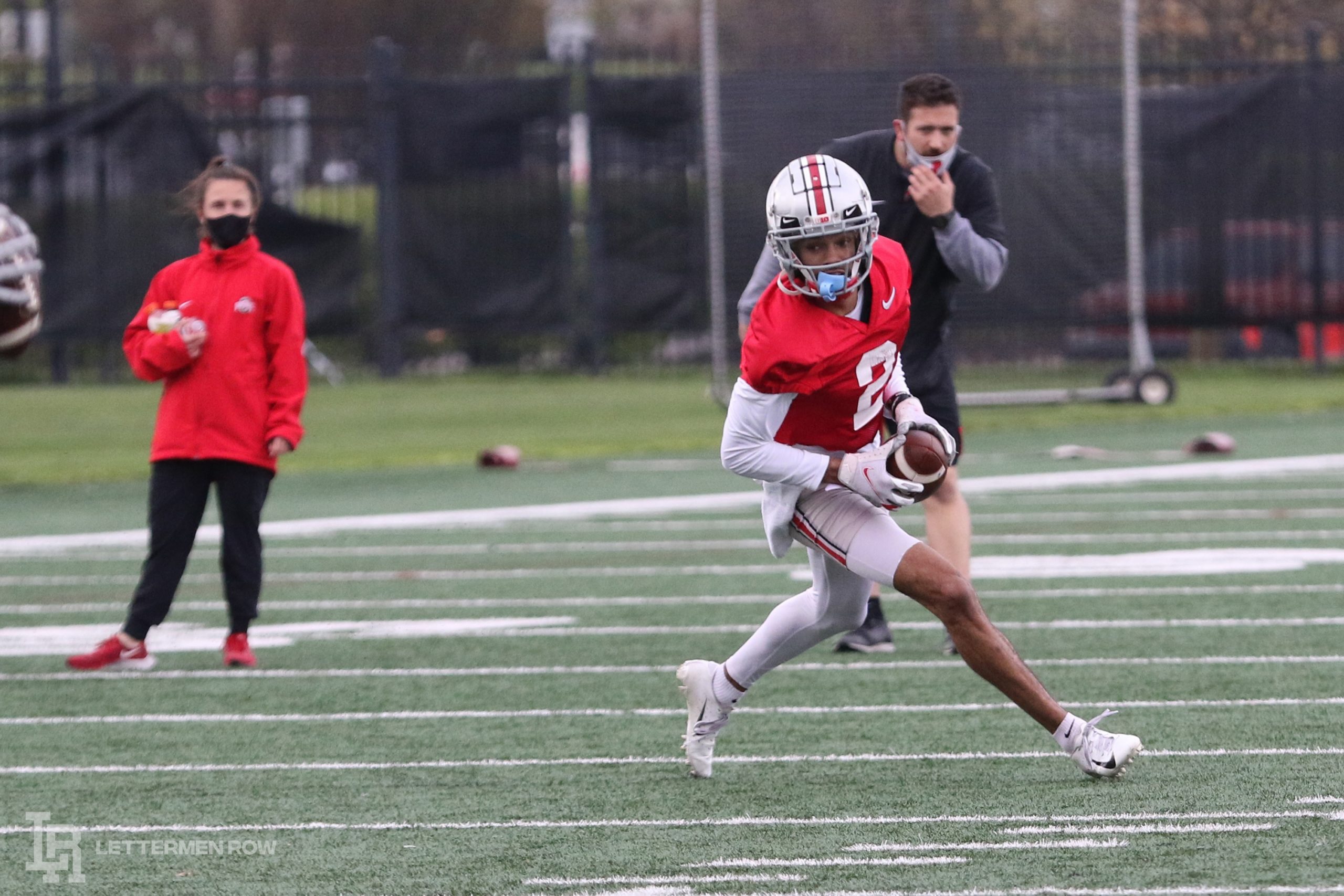 Then there’s Harrison, the prized in-state recruit from the 2019 recruiting class at Ohio State, who has emerged as one of the best leaders on the team, an aspect he didn’t carry with him in his first two seasons with the Buckeyes. But last season, Harrison was named to the Big Ten’s Anti-Hate and Anti-Racism Coalition. He began to show leadership qualities that fueled his offseason.

And as the defense has turned over and needed new leaders, Harrison has filled the void and become a model for the rest of the defense — and the locker room.

“He had a phenomenal seven weeks in the weight room,” defensive coordinator Kerry Coombs said in the spring. “Not just taking care of business and his body, but making sure that heâ€™s holding others accountable. … When your best players are your hardest workers, you’ve got a chance to be good. We had some of these guys that arenâ€™t here anymore that were those types of players. And Zach stepped right in, filled that void and was very, very impressive with his leadership. He’s excited for the season and I’m excited to watch him play.â€

All three will be leaders in the Ohio State locker room this fall, leading the Buckeyes into another season as Big Ten favorites.

All three will represent the football program at media day later this week.