Sure, the Buckeyes were able to play a season when that looked like it wasn’t possible earlier in the fall. And of course, they’ll gladly take a season in which they won their fourth-straight Big Ten title and make another College Football Playoff appearance. But the national championship is always the ultimate goal, and Ohio State came up one game short when it fell to Alabama in the title game Monday night.

After that title game loss, the voters around the country still showed the Buckeyes belonged on the field with Alabama in the national championship game. Ohio State checked in at No. 2 in the final Associated Press poll of the season, behind only the Crimson Tide. Ohio State was second, followed by Clemson, Texas A&M and Notre Dame.

Two opponents the Buckeyes beat in Big Ten play were ranked in the final poll. Northwestern finishes the year at No. 10, while Indiana is No. 12. 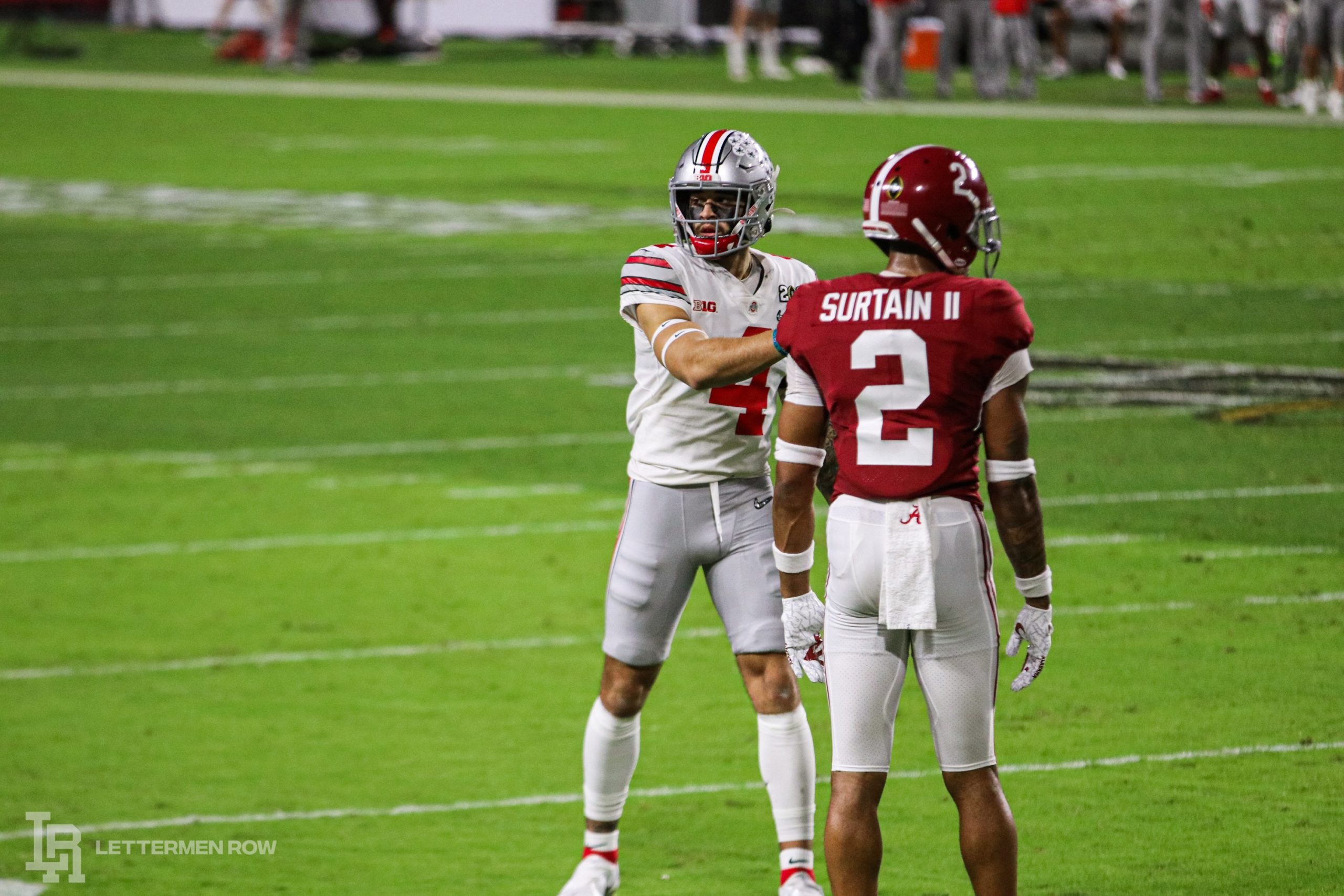 Ohio State couldn’t keep up with Alabama in the title game. (Birm/Lettermen Row)

The season didn’t end with confetti and a national title trophy, but the Buckeyes are certainly proud of what they accomplished this year in getting to the national title game.

“It was tough,” Ohio State wide receiver Chris Olave said. “I mean, we have high standards for ourselves, high standards for each other. We worked so hard in all the season to get to this point. And we didn’t play our best game today. It’s tough. And it’s a down moment, but just gotta soak it in and bounce back.”

And the Buckeyes will enter a huge offseason at No. 2, behind only the national champs.