COLUMBUS â€” Even after the Big Ten initially canceled the football season in August, Ohio State stayed hard at work for a season with one goal still on its mind.

And while Big Ten commissioner Kevin Warren was dodging any possible answers to questions, players and coaches from around the league — but at Ohio State, especially — were eager for reinstatement. Because even though there was no season for a month, the Buckeyes had one thing on their minds: Winning a national title.

“While I understand the Big Ten Conference’s decision to postpone the football season because of health and safety considerations, the communication of information from the Big Ten following the decision has been disappointing and often unclear,” Ohio State coach Ryan Day said in a statement in September. “However, we still have an opportunity to give our young men what they have worked so hard for: A chance to safely compete for a national championship this fall.”

That chance is now just days away, when Ohio State meets Clemson in the College Football Playoff semifinal at the Sugar Bowl.

The Buckeyes knew they had a playoff-caliber roster in January. They began to show it in March, before spring practice was shut down by the virus. It showed again in fall camp before the season was finally reinstated and the Big Ten allowed them to compete for one. And Ohio State showed it can win a national title by running through the Big Ten without a blemish on its resume. 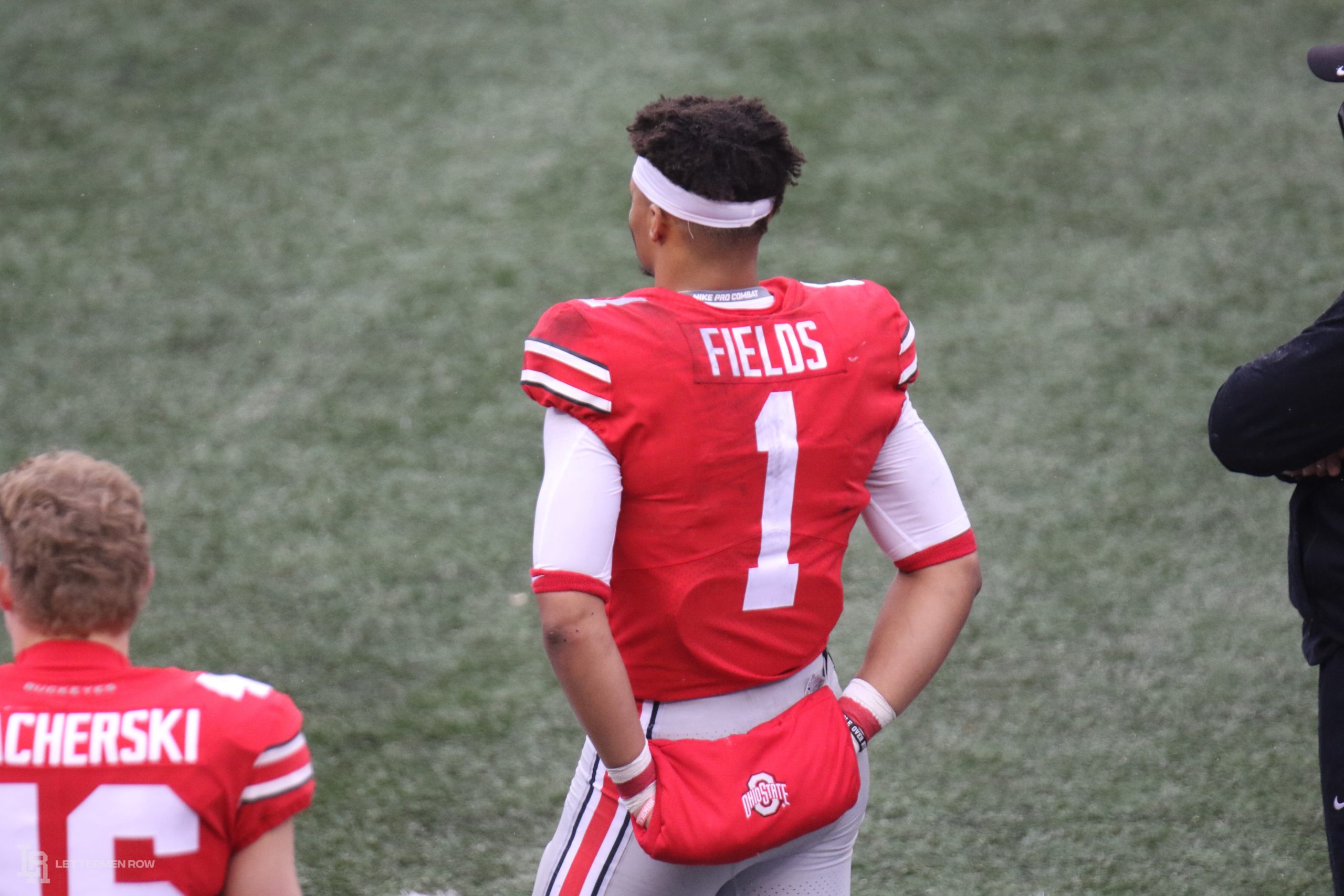 Ohio State quarterback asked for a shot to win a national title, and now he gets one. (Birm/Lettermen Row)

A chance to play at Ohio State again. A crack at revenge against Clemson. A shot to win a national title with a championship-caliber team. That’s what the Buckeyes asked for when they were protesting, petitioning and fighting with the Big Ten powers for a college football season.

Since then, the Buckeyes have buried the rest of their league. They continued to get better through each game, win the Big Ten and make the College Football Playoff despite having three games canceled and only playing in six games this year. The selection committee still deemed them one of the four best teams in the country — an obvious observation.

Now the opportunity that was fought for is a reality. Ohio State has the chance it wanted to win it all after a turbulent season full of doubts, protests, positive cases and finally finding ways to stay on the field.

“Weâ€™re playing in a game, so the urgency really has to show up,” DayÂ said prior to the season-opening game against Nebraska near the end of October. “I told them: â€˜Youâ€™re either going to look like a champ or look like a chump based on your preparation.”

Ohio State has already delivered on its first goal. The Buckeyes didn’t look like chumps in the Big Ten. They were champs.

Now, the opportunity presents itself again. Based on the preparation, the goal Ohio State was chasing all along is now within reach.