COLUMBUS â€” Wyatt Davis has had one of the most decorated individual careers for an offensive lineman in Ohio State history.

The two-time consensus All-American guard will take those accolades and head to the NFL. Davis declared for the draft on Monday night, announcing his intentions on social media.

“I became brothers with some of the best teammates across the nation,” Davis posted. “I made countless memories that contributed to the fabric of who I am as a person.”

Davis, who was the Big Ten Offensive Lineman of the Year this year and was named to the Big Ten all-decade team despite only starting one year in that decade, became one of the top interior offensive linemen in program history and showed he can play at a high level for the last two years. And he may be rewarded with a high draft selection in April. He’s expected to be one of the top offensive line talents selected. 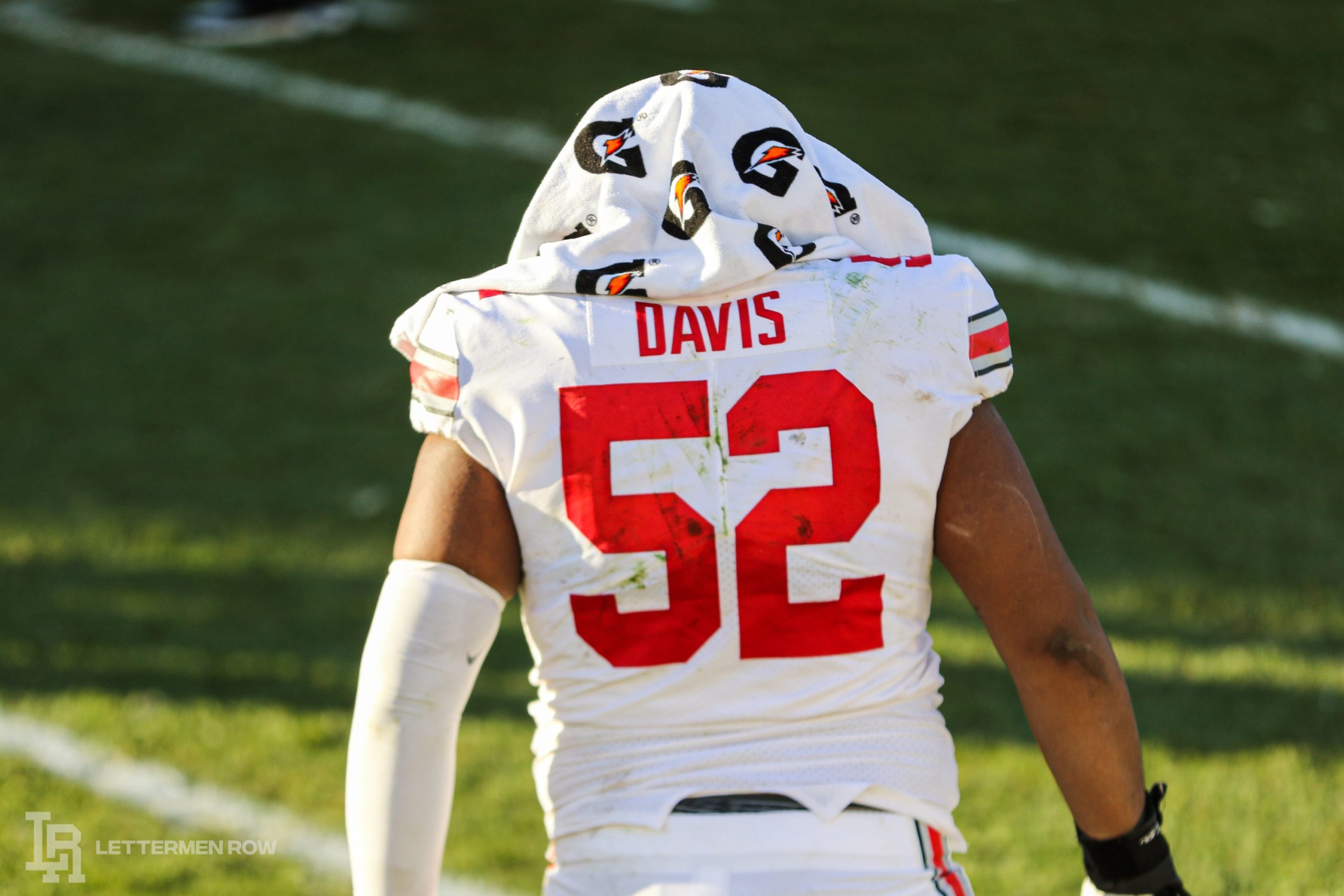 A California native, Davis returned to the Buckeyes for a chance to win a national title and compete with his Ohio State teammates again after the disappointing finish to last season. But now with two years of starting experience, he is projected to be a first- or second-round pick in the draft, a position that made it hard to envision Davis coming back to Columbus yet again.

“I would not trade the experience of these last few months for anything and am proud of what our team accomplished,” Wyatt Davis wrote.

Ohio State has had four players announce their intentions on Monday, including Justin Fields and Davis, neither of whom were expected to return. The Buckeyes did get good news, however, as a pair of big-time offensive weapons, Jeremy Ruckert and Chris Olave, each announced they’d be back at Ohio State next season.