COLUMBUS â€” The stakes couldn’t be higher for a mid-November Big Ten matchup between Indiana and Ohio State.

They’ll do all of those on Saturday at noon inside Ohio Stadium.

Ohio State understands that Indiana is not normally circled on its schedule. But the Buckeyes also understand that this isn’t a normal Indiana team, and the latest matchup featured on the Lettermen Row/Roosters Game-Day poster series will be a challenge.

“It’s like that every game for us,” Ohio State coach Ryan Day said. “Whether somebody’s 4-0 or 0-4, we have to win every game here. So every game is big, but when Indiana is playing the way they are right now, it’s certainly a little bit different in the fact that this is a major challenge for us. It’s a challenge every time we play a game, but they way that they’re playing and the way that they’ve won games, our margin for error gets smaller and smaller.

“They’ve been playing really, really well. So we’ve got to be ready to go right from the get-go.”

The Buckeyes are back at home for a huge top-10 showdown against Indiana inside the Horseshoe, and the Lettermen Row game poster from Creative Director Sammy Silverman is back for another week. The fifth poster of the season again showcases Ohio State’s ability to crush the candy-striped Hoosiers, a sequel from the Indiana game poster from last season.

Make sure to stop by the Roosters on Olentangy River Road in Columbus on Saturday to pick up a game-day meal and an exclusive version of the fifth poster of the season. A limited quantity of prints will be available. 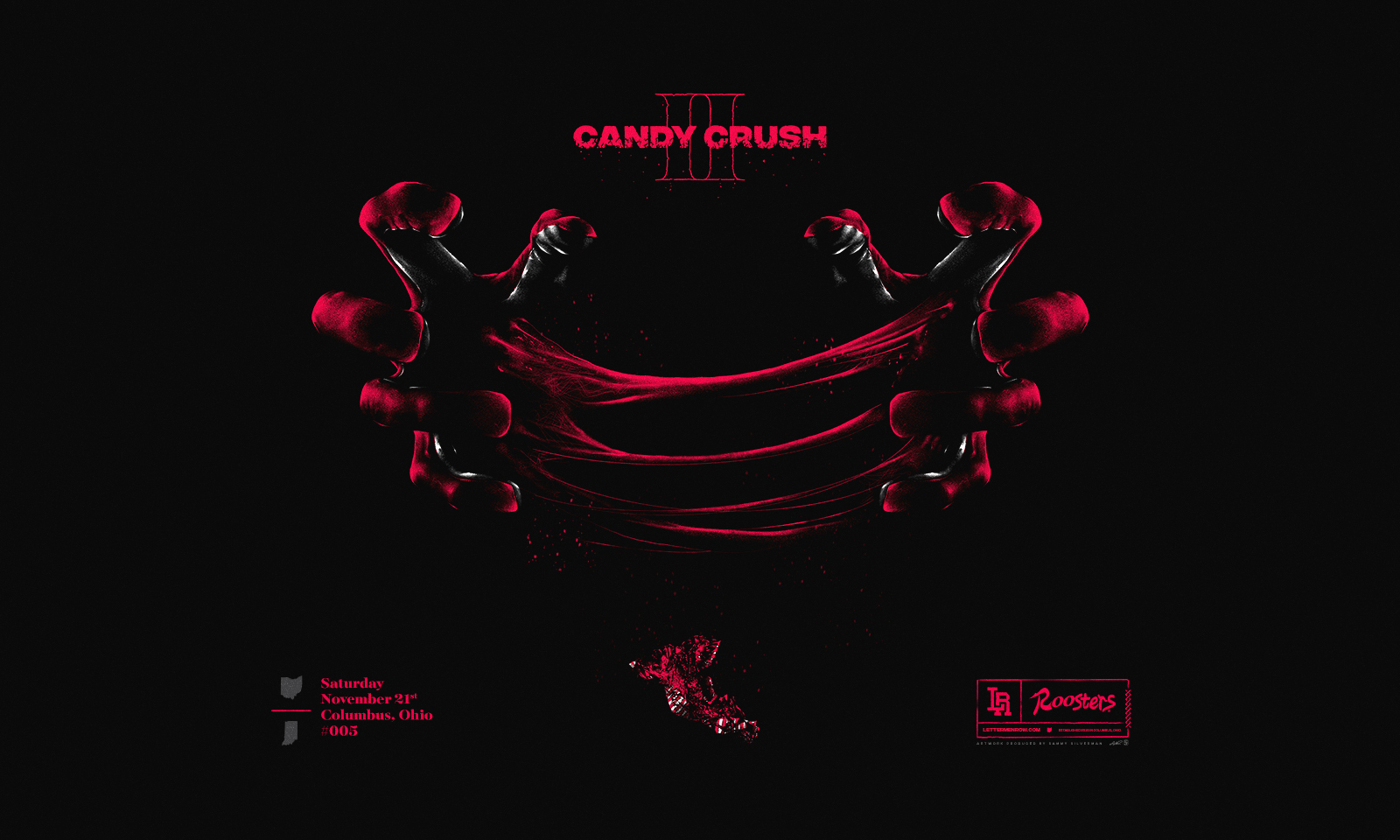 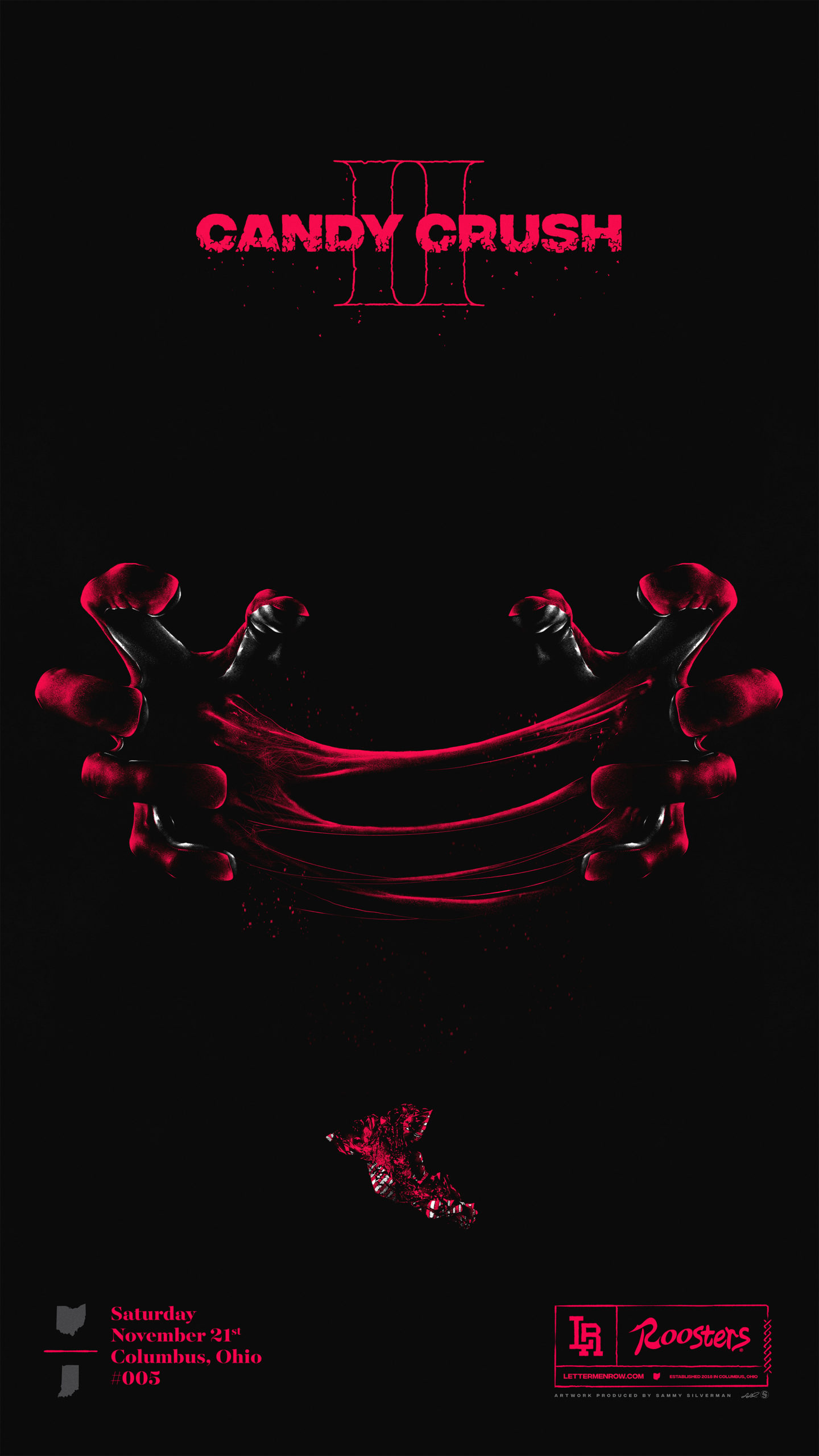