And just as quickly, the football hit his hands and then the turf.

It was, in a way, still the first big moment of Fleming’s career. But instead of a highlight-reel catch-and-run for what could have potentially been a 66-yard touchdown, it was a learning moment for the freshman.

Fleming’s drop early in the second quarter against Rutgers two weeks ago is certainly a play that he can learn from, one the Buckeyes can coach him on — and one that he’ll want to have a short memory about.

“There were some teaching moments earlier in practice that coached up the same technique, and we didn’t take it fully to heart, I would say,” Ohio State wide receivers coach Brian Hartline said Wednesday. “Since then, we have had a much more focused approach when it comes to that technique we’ve spoken about. Hopefully that will continue. Not that he’s ever resistant, but sometimes, as very skilled athletes, coaching although it is heard, although you listen, you may not really hear it, per se. So when trying to prevent a future mistake, as a coach, the mistake still showed up.

“It was a good learning opportunity, and re-solidifies some things that we believe here in the receiving room. We’ll learn from it and grow from it.” 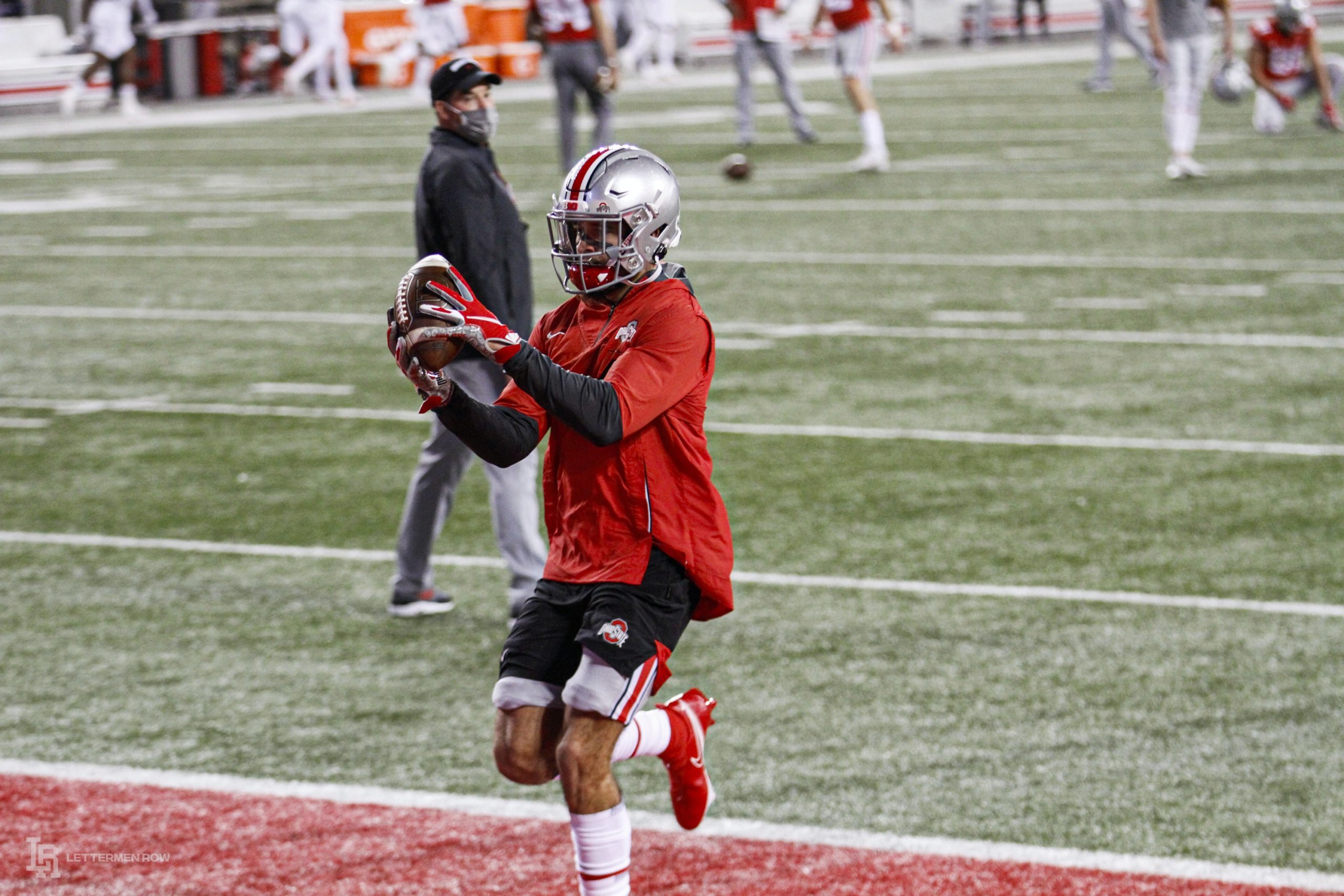 Julian Fleming can be a weapon in the Ohio State passing offense. (Birm/Lettermen Row)

The drop wasn’t consequential to the outcome of the Buckeyes 49-27 win over Rutgers. But it was a reminder that even the No. 1 wide receiver in the country from the class of 2020 can go through growing pains, especially during a conference-only season coming on the heels of no spring practice and little time in the summer to become acclimated to Big Ten football.

But the drop is likely to fuel Fleming rather than keep him down. And the first teachable moment can turn into the first huge moment of his career.

“He knows he messed up,” Buckeyes quarterback Justin Fields said last week. “But I think the biggest part in that is just forgetting that play and just moving onto the next play. I’m still going to continue to throw the ball his way because I trust Julian. I see him in practice making plays every single day, so I know that one ball won’t effect him.”

Fleming certainly will have more chances, especially with a Heisman Trophy finalist throwing his way. And the drop can’t linger.

Tapping into the hype and potential surrounding Fleming isn’t necessarily that urgent with Chris Olave and Garrett Wilson continue to terrorize Big Ten secondaries. And the Buckeyes offense doesn’t need Fleming to be a superstar in the passing game yet.

But he’s going to have his chances to redeem himself after that one could-have-been touchdown against Rutgers. And next time, Julian Fleming will likely make the play and score.

“I think he was pretty open and he might have scored a touchdown on that,” Fields said. “But the ball is going to continue going his way. He’s a great, great receiver.”