COLUMBUS â€” Ohio State is back in the football practice facility and ready to get back on the field after a week of pause, a cancelled game and uncertainty.

But when the Buckeyes travel to Michigan State for their final regular-season road trip of the year, they won’t have their leader to lead them into battle. Ohio State coach Ryan Day won’t make the trip to East Lansing this weekend with the team after his positive COVID-19 test.

â€œIâ€™m resting comfortably,â€ Day said last week on a Zoom call with reporters after he tested positive for the virus. â€œI have an extremely heavy heart, though. The sacrifices have been made by so many, and the anxiety over months and months and months of every day getting test results back to make sure that the entire program is safe. Then to experience it this week, Thanksgiving week? I canâ€™t sit here and tell you anything other than itâ€™s really, really hard.

â€œBut like I told the team, itâ€™s just another opportunity to get through some adversity, work through adversity and learn more about yourselves. Thatâ€™s the only way that I can describe and put a positive spin on it right now because is isnâ€™t fun.â€

But even without Day this weekend, the Buckeyes are a heavy favorite over the Spartans, and they’re ready for battle despite missing their leader.

The Buckeyes are back on the road for just the second time this season as they travel to Michigan State after a pause last week, and the Lettermen Row game poster from Creative Director Sammy Silverman is back for yet another week. The seventh poster of the season again showcases Ohio State and the return to battle after not playing last week due to COVID concerns.

Make sure to stop by the Roosters on Olentangy River Road in Columbus on Saturday to pick up a game-day meal and an exclusive version of the seventh poster of the season. A limited quantity of prints will be available. 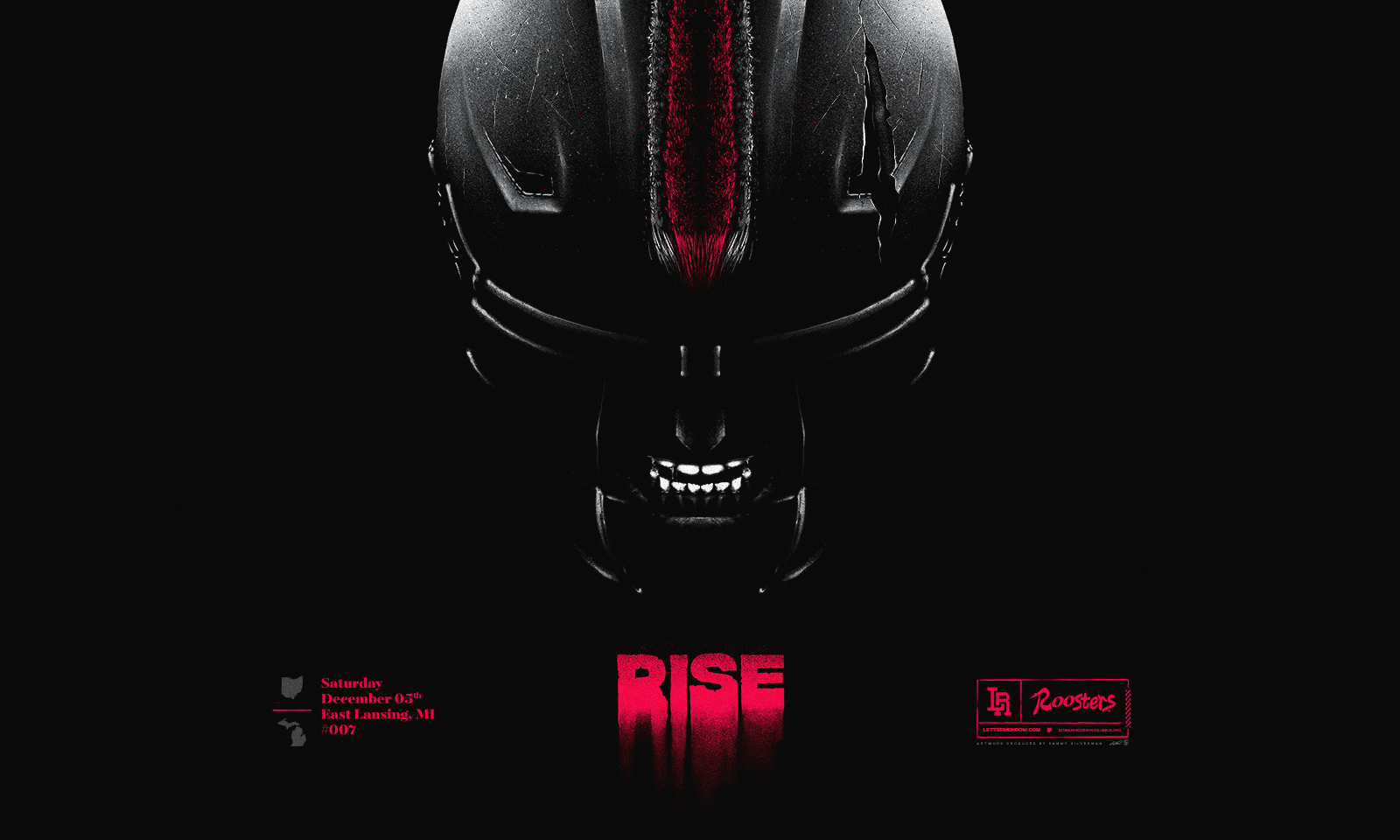 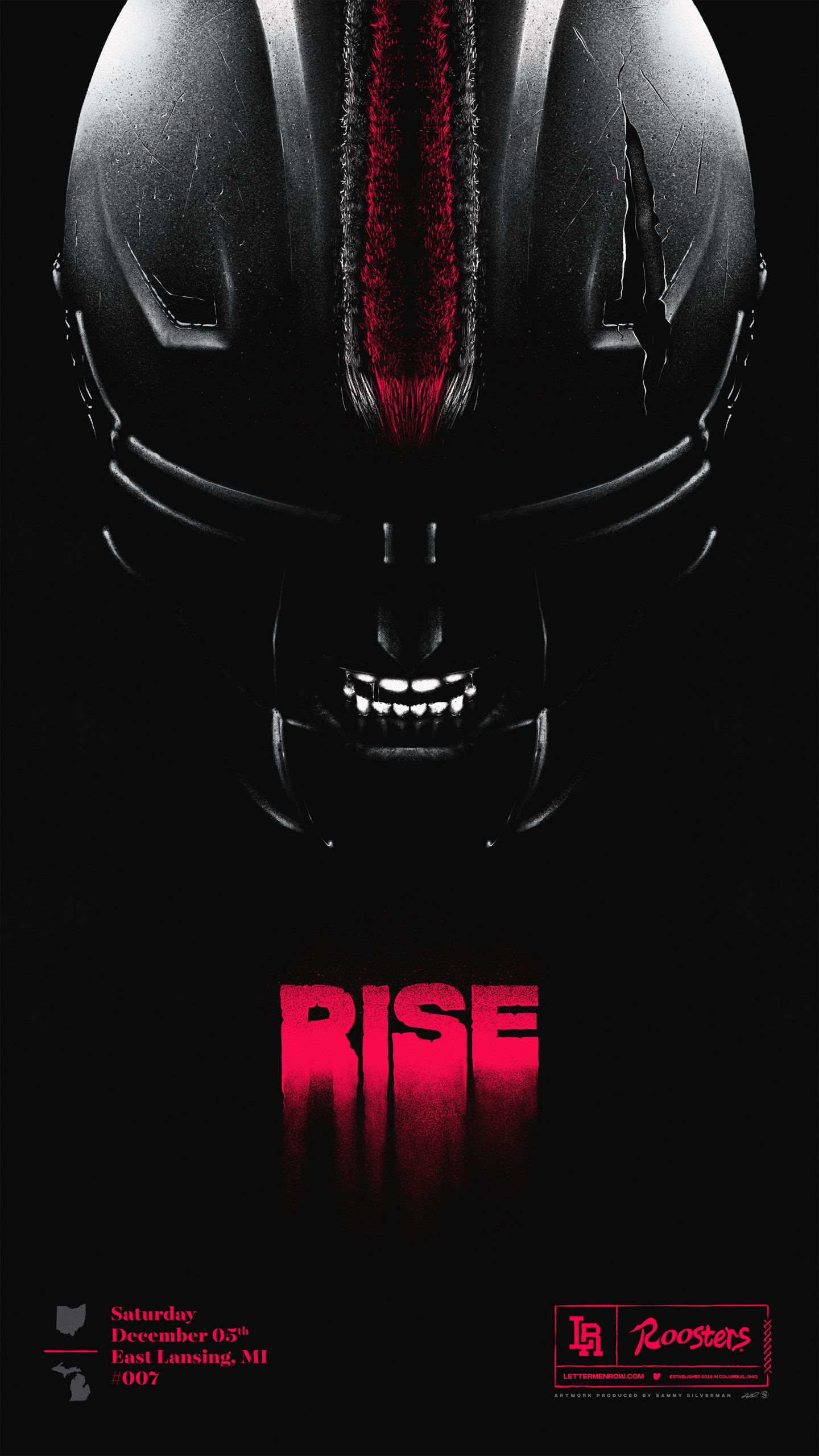