MINNEAPOLIS – Ohio State was tested and got all it could handle.

The Buckeyes were a 14-point favorite and got out to a 10-0 lead in the first half over Minnesota. The Golden Gophers, however, made a push and gave Ohio State a hard-fought battle for three-plus quarters.

Eventually, Ohio State and its high-powered offense was too much for P.J. Fleck and Minnesota to handle as the Buckeyes eventually ran away with a 45-31 win at Huntington Bank Stadium on Thursday night in the season opener for both Big Ten teams.

It was certainly anything but easy for Ohio State. C.J. Stroud made his first career start and had troubles in the first half as the Buckeyes trailed 14-10 at halftime. However, Stroud settled in later in the third quarter, and some home run plays from both the Ohio State defense and offense helped carry the Buckeyes.

Zach Harrison’s strip sack led to Haskell Garrett’s scoop-and-score. TreVeyon Henderson exploded onto the scene with his first career college touchdown going for 70 yards and showed why he is a five-star prospect and one of the most exciting running back recruits in program history. Chris Olave showcased his smoothness again and put the game away with a beautiful catch and run by tip-toeing up the sidelines for a touchdown.

It all led to Ohio State eventually pulling away in the fourth quarter to get past the Gophers and start the season with a 1-0 mark. They will now regroup and analyze this game over the next nine days before hosting No. 11-ranked Oregon in one of the biggest games of the college football season next Saturday in The Horseshoe.

Check out photos from the Buckeyes season-opening win over Minnesota below. 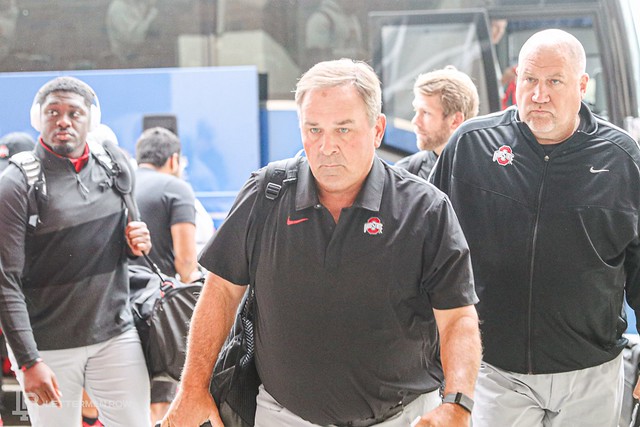