COLUMBUS â€” Ohio State still has plenty of work to do.

Despite a No. 3 ranking in the polls, two blowout wins over Big Ten opponents and one of the most talented rosters in college football, the Buckeyes aren’t a finished product as they enter a stretch of games that could lend themselves to complacency.

That four-game run through November begins with a visit from Rutgers, which Ohio State has blasted in every meeting since the Scarlet Knights joined the Big Ten in 2014. But even with talent and history on their side, the Buckeyes aren’t sleepwalking into the Saturday-night matchup featured in the next edition of the Lettermen Row/Roosters Game-Day poster series.

â€œWeâ€™ve got to make sure that weâ€™re on top of our game,â€ Day said. â€œThis team would want nothing more than to come in and get this game into the fourth quarter. So weâ€™ve got to do a great job of recognizing the challenge that they provide in all three phases and playing as fast as we can. We have to continue to play like we did in the Penn State game.â€

That message is well-received by the players, who haven’t lost focus despite coming off a huge road win and entering a month-long slate of potential blowouts. Ohio State is ready for its next challenge, no matter how hard it might be.

The Buckeyes are back at home to battle the Scarlet Knights in primetime, and the Lettermen Row game poster from Creative Director Sammy Silverman is back for another week. The third poster of the season highlights scarlet nights and the scary potential Ohio State could pose to Rutgers at home.

Make sure to stop by the Roosters on Olentangy River Road in Columbus on Saturday to pick up a game-day meal and an exclusive version of the third poster of the season. A limited quantity of prints will be available. 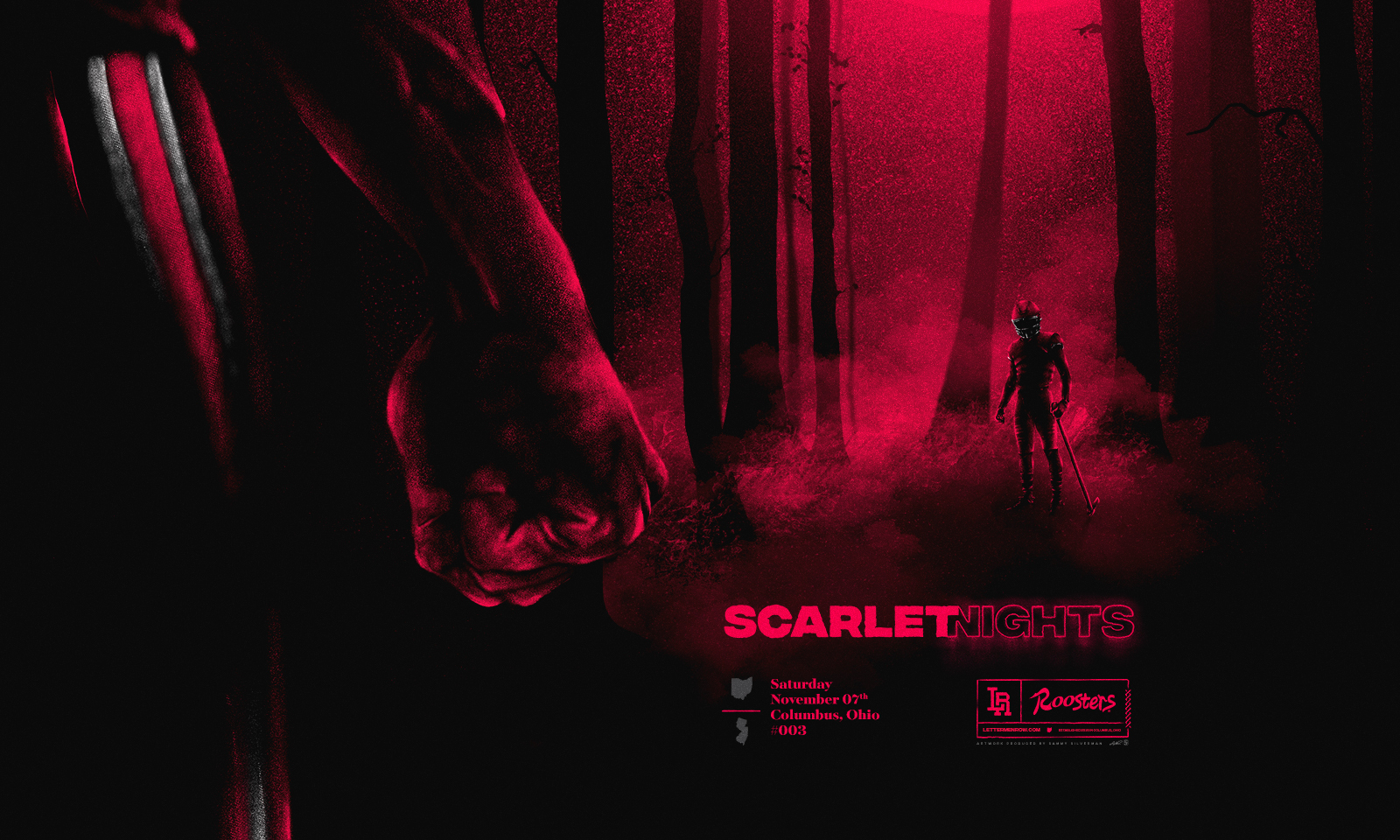 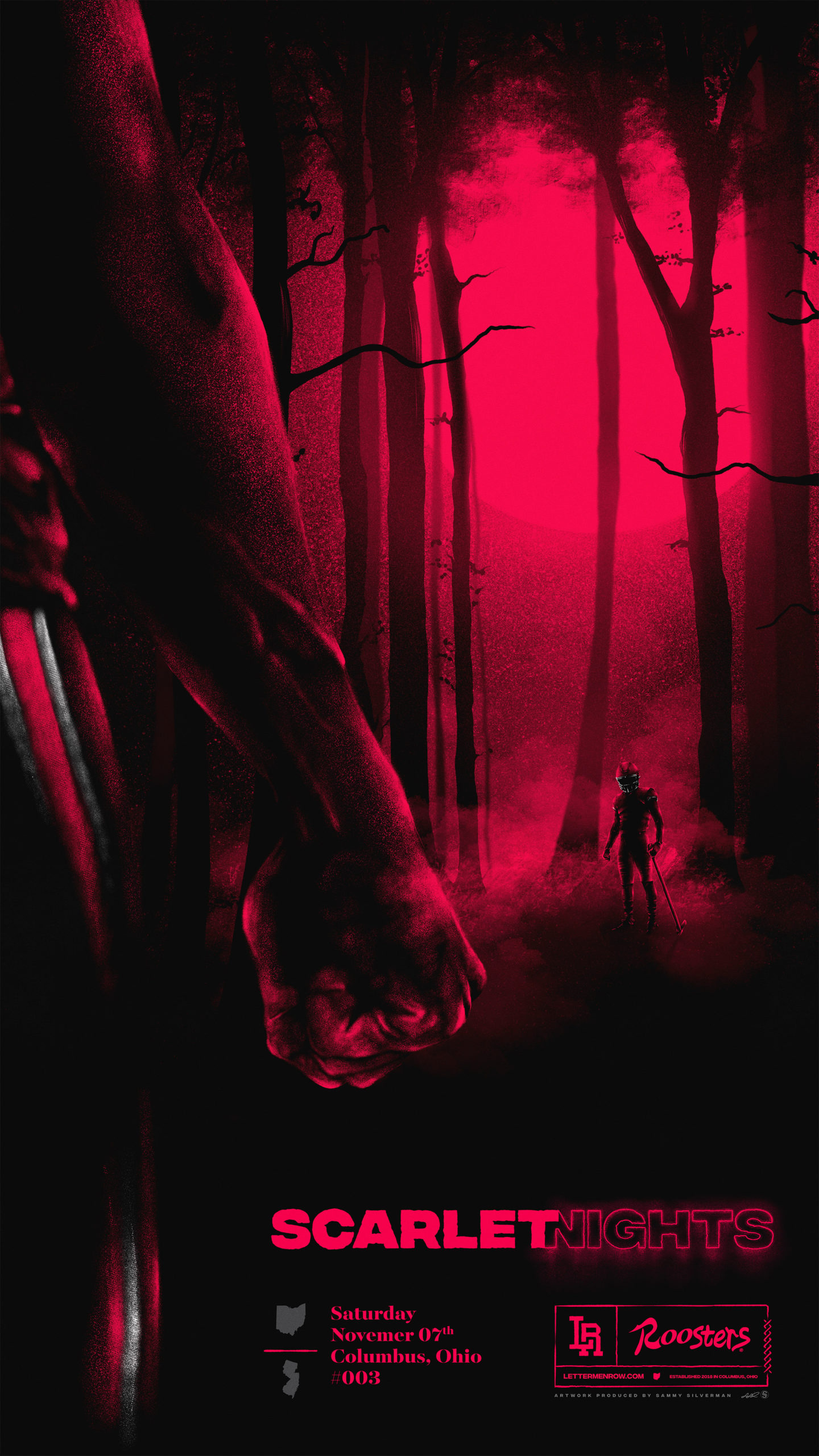