COLUMBUS â€” Kerry Coombs is honest with himself about the Ohio State defense from a season ago.

The second-year defensive coordinator knows the Buckeyes didn’t play as well as they should have last year. And even though they made it to the national title game, they were outplayed by Alabama in a blowout loss. And the defense received plenty of blame for that loss.

So in the two-plus months since that disappointing game, Coombs and the Buckeyes have gone back to work. And they are hoping to have a full slate of spring practices — unlike last spring — to correct the issues from last season’s defense, which was one of the worst against the pass in recent Buckeyes memory.

â€œThat was very hard,” Coombs said last week. “Anybody who says it wasnâ€™t hard doesnâ€™t care. It makes you rethink how you do things, and thereâ€™s no question that this entire offseason has been a great process of exactly that. Rethinking how we do things and how weâ€™re going to do things in the future.â€

Some key contributors from that team that reached the title game are off to the NFL. The Buckeyes will replace their No. 1 cornerback, a dominant defensive tackle and four starting linebackers. But there’s talent on the roster. Talented players such as Tyreke Smith, Zach Harrison, Teradja Mitchell, Sevyn Banks, Haskell Garrett and Josh Proctor are veterans who will lead the Ohio State defense.

But they won’t be alone in their attempt to right what went wrong with the Ohio State defense a year ago. And that starts this spring. Lettermen Row is breaking down four under-the-radar seniors — and super seniors — who could make a difference for the Silver Bullets defense. 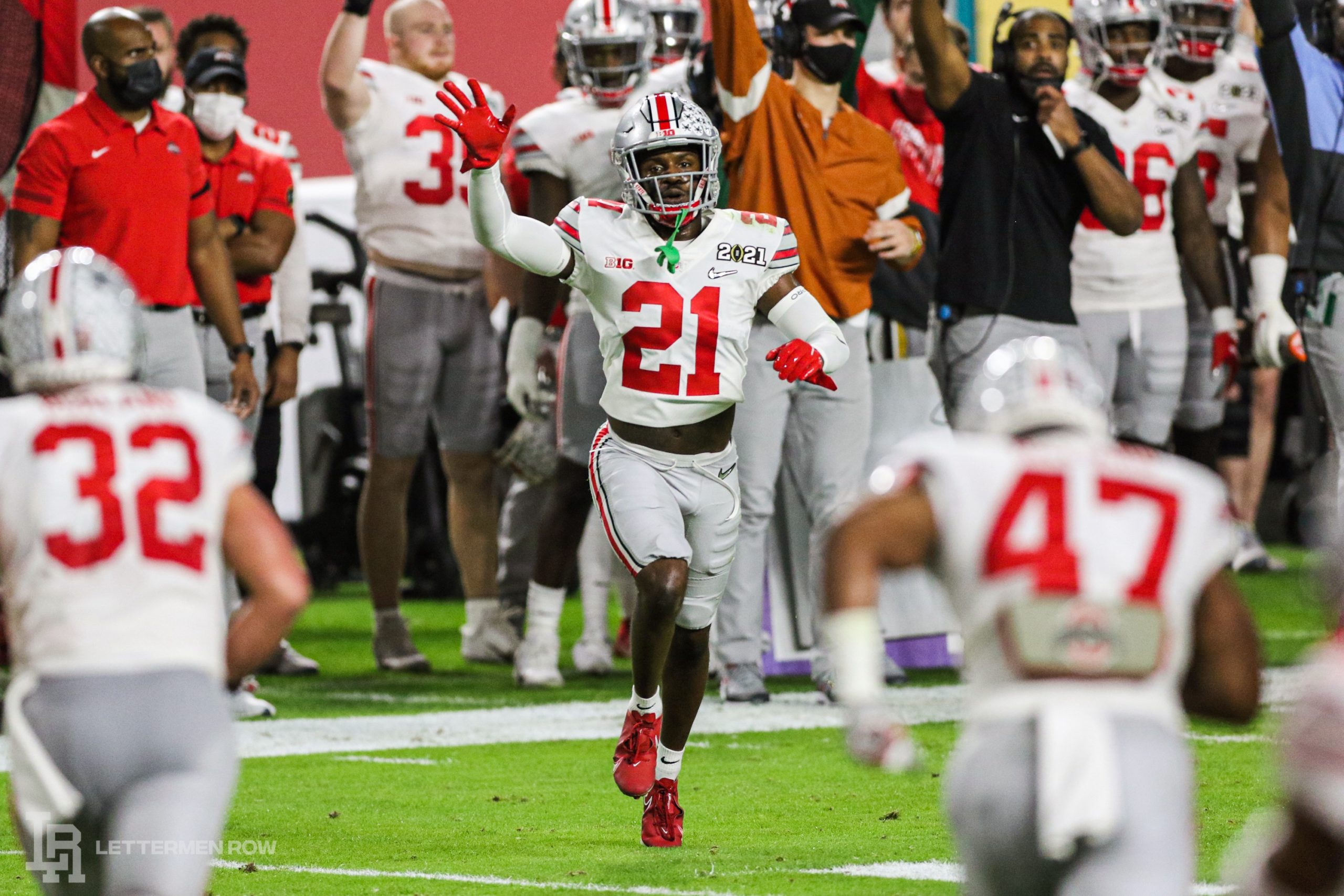 The Buckeyes defense certainly struggled against the pass last season, so fixing those issues is at or near the top of the list for Kerry Coombs this spring. And one spot the Buckeyes will need to find answers is at slot cornerback, a position Marcus Williamson played last year. Williamson had flashes of solid play from the slot cornerback spot. He also struggled in coverage at times. The senior decided to return for the extra year of eligibility given by the NCAA from the COVID-19 pandemic. Now with one more year, he has a chance to claim the slot corner job and shine for Coombs defense.

Tyreke Smith and Zach Harrison will be in the headlines this spring, as both are attempting to reach their superstar potential. But the Buckeyes have other talented defensive ends aside from the two headliners. One of those leading options, Tyler Friday, has played a lot of football at Ohio State and now enters his senior season still flying under the radar. Friday hasn’t been able to truly break out, but he’s been a contributor for two seasons now. And with another year of experience and another loaded defensive end rotation, Friday will play a big role along the line. He might even break out and become a star. 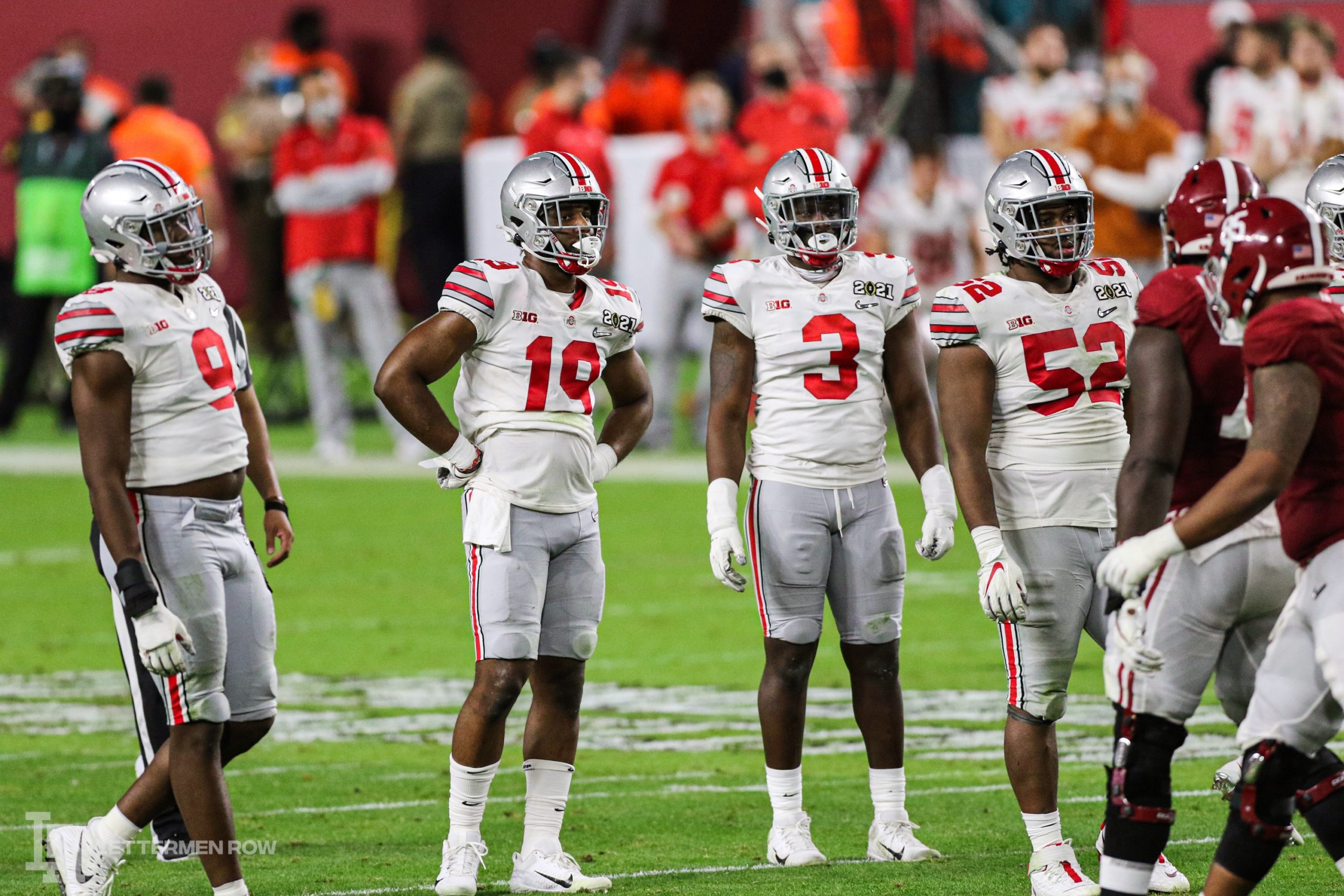 Dallas Gant and Teradja Mitchell could be dominant at linebacker. (Birm/Lettermen Row)

Ohio State has had the same four linebackers line up and play a bulk of the snaps for the last three seasons. There was a logjam at the top of the depth chart, and it seemed impossible to break through. Now with all four starters gone, the Buckeyes have plenty of experience to replace. Senior linebacker Teradja Mitchell will be the headliner of the group. But fellow senior Dallas Gant has shown flashes of brilliance for the Buckeyes in his time on the field during the last two seasons, and he could parlay that with an impressive spring to grab a starting job. If Gant becomes a starting linebacker this fall, he’ll quickly become a star for the Ohio State defense.

The strongest aspect of the Buckeyes defense last season was stopping the run. Defensive tackles Haskell Garrett and Tommy Togiai were able to dominate nearly every offensive line they faced to stuff the run and not allow easy yards on the ground. Ohio State expects more of the same from its defensive tackles this year. With Togiai off to the NFL, the Buckeyes need to find another talented big man to team up with Garrett on the inside. The super senior Jackson could be just that. Jackson saw time in spots during the last two seasons before using the extra year of eligibility from the NCAA to return this season. He now has a chance to take control of the interior with Garrett and finally have an impact on the Buckeyes defense.