COLUMBUS â€” Marcus Crowley started to look like he was ready to make an impact for Ohio State last season before his injury in November. Steele Chambers was ready to take the bulk of carries for the Buckeyes in spring practice before it was shut down due to coronavirus.

Both backs had limited chances to break out for the Ohio State offense in their first season with the program. But each time they finally seemed to catch a break, they both caught their own stroke of bad luck and had a coming-out party canceled.

Now entering their second season at Ohio State, each back will be starting at a different place in their development — and each will be trying to have an upper hand in a battle for carries. Both can be studs for the Ohio State backfield, but with the addition of graduate transfer back Trey Sermon and the return of Master Teague, carries could be hard to find.

Crowley is coming off injury, but he looked like he could answer the call whenever needed last year. Chambers is still developing.

â€œI think [Crowley and Steele Chambers] are going to be really good players here,â€ Ohio State running backs coach Tony Alford said last season. â€œTheyâ€™re hungry to learn, theyâ€™re getting better â€¦ and theyâ€™re learning what college football is all about. Just the attention to detail thatâ€™s necessary every single day â€” and not for just certain spurts within the day, but all day. How important it is to take care of your body and to study the game away from the field.”

Crowley was receiving more carries in blowouts before his injury. He suffered a season-ending knee injury against Maryland, and Chambers stepped in to fulfill Crowley’s duties. Crowley looked confident carrying the ball against the Terrapins, and Chambers looked the part the next week at Rutgers. 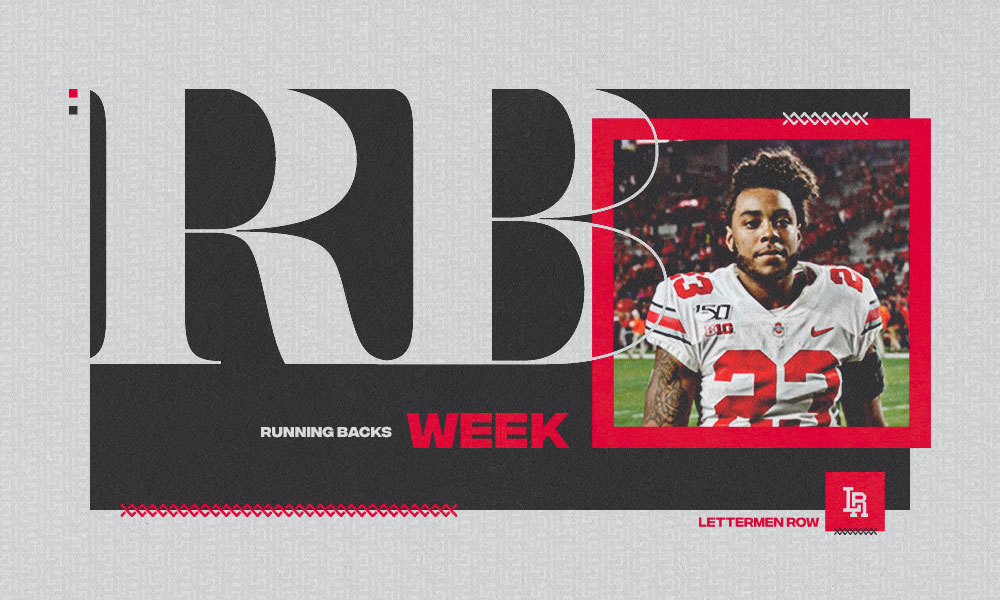 Marcus Crowley can be a weapon for Ohio State.

So when Crowley is cleared and returns, the competition for a leg-up between the two running backs from the 2019 recruiting class will heat up and begin to take shape.

Both had a learning curve out of high school. And there was nobody better to learn from than J.K. Dobbins, who rushed for 2,000 yards a season ago and certainly set the bar high for future Ohio State tailbacks. Both backs can use Dobbins as an example. 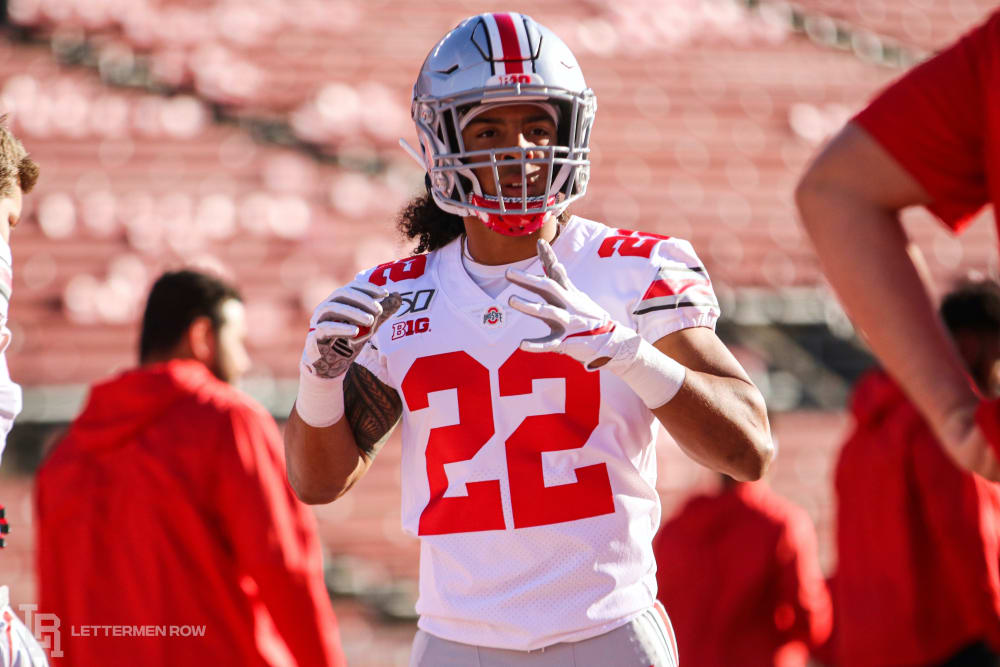 Steele Chambers may have an opportunity at Ohio State. (Birm/Lettermen Row)

â€œJust watching how they prepare for every game, for every practice, all the film they watch, how they take care of their bodies,â€ Chambers toldÂ Lettermen Row. â€œItâ€™s given me blueprints of how to be great in this program.â€

Both Chambers and Crowley had their share of moments last season. But moments aren’t enough, even in their first year as members of the program. After an offseason of rehab for Crowley and of missed opportunity for Chambers, they have plenty of work to do in the summer and fall to prepare for an important second season.

â€œIâ€™m very pleased. I think theyâ€™re both going to be really good players for us here at Ohio State for years to come,” Alford said. “Weâ€™re just going to continue to work and get better.â€