Ohio State had one of the best seasons in program history last year, and it came with the help of some young players. Now as the younger Buckeyes enter another year for the Buckeyes, they may be expected to take on expanded roles.Â Lettermen RowÂ is breaking down a play from each key inexperienced Buckeye and how it can help provide a glimpse into each of their futures.Â Next up: Tyreke Smith can be the next great Ohio State pass-rusher.

COLUMBUS â€” It’s not a matter of if for Tyreke Smith.

The real questions surround when the gifted third-year pass-rusher will break out and become the next great star in a long line of defensive ends for Larry Johnson and Ohio State.

After battling an injury last offseason, Smith finally tallied his first career sack for the Buckeyes in the shutout win over Cincinnati in September. He was part of the defensive line rotation last year and found ways to help the Silver Bullets dominant defense, but he was never able to break through consistently as injuries popped up again.

That may change in the coming months.

Smith showed a glimpse of what he can do from a starting role in the Buckeyes blowout win over Maryland, just days after superstar Chase Young was suspended and couldn’t play. Smith had two sacks of Terrapins quarterbacks and looked like the disruptive, dominant defensive star that Ohio State has been hoping he will be. 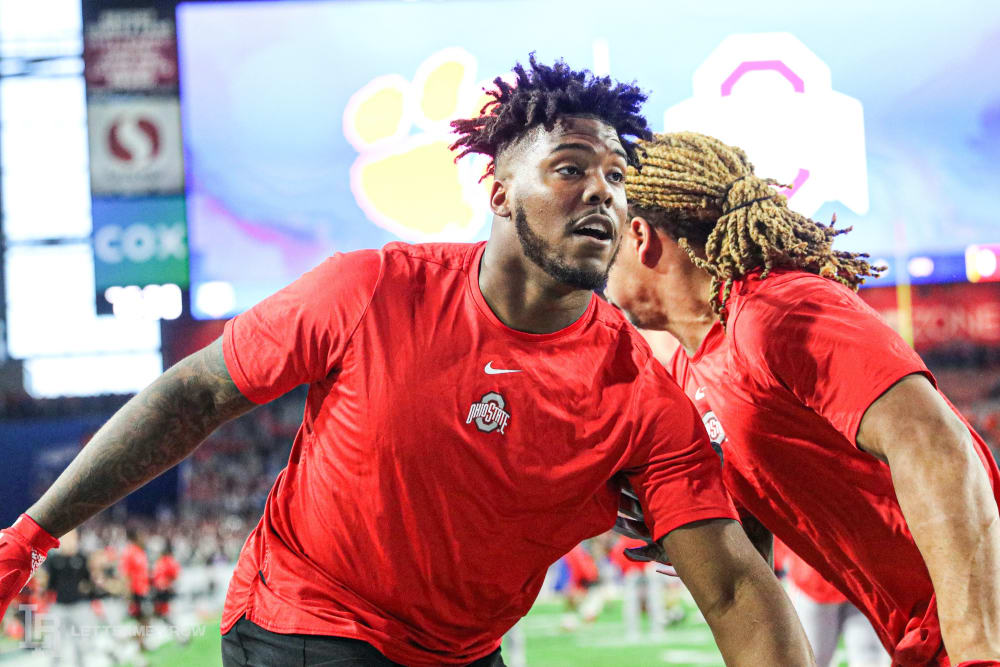 He was part of the defensive line that had seven sacks in that game. And that might just be the beginning for Smith.

â€œThey all wanted to show theyâ€™re a team,â€ Ohio State coach Ryan DayÂ said after that win. â€œThis is a defense, and this is a defensive line unit, that is more than just one person. And I think they had their chests out and were proud of the way they played today, and they should have. They played with an edge and something to prove. And any time our guys come out with something to prove, weâ€™re dangerous.

Maybe the two-sack performance from Smith in November will be a turning point, one that catapults him into a sensational season. He certainly has the right combination of speed, power and agility to be a force for Ohio State.

It’s now about figuring out when that happens.

The play:Â Still in the middle of the first half, Ohio State was already destroying Maryland on nearly every snap. And Tyreke Smith’s first sack since early September was no exception.

Smith’s burst off the ball is better than everyone else’s on the field, and that helped him get around the Maryland offensive tackle with ease, not even needing to use a pass-rushing move. It was all speed, and the sack was, too.

Ohio State defensive end Tyreke Smith has the tools to be an elite pass-rusher.

Terrapins quarterback Tyrrell Pigrome isn’t a slow player, but Smith made catching him look easy, coming from the left side of the offensive line and tracking him down even with a right-side rollout.

Plays like that show Ohio State — and could eventually show the entire country — how good Smith can be. Young was a transcendent superstar at Ohio State who wrecked entire offensive gameplans and forced teams to always think about where he was on the field.

With some better injury luck and another great offseason, Tyreke Smith could be next in the historically dominant defensive line room.