COLUMBUS â€” Ohio State went on the road and beat its biggest challenger in the Big Ten by double digits Saturday night.

But the Buckeyes certainly have plenty to clean up, even after a huge win. And with a soft November slate upcoming, the Buckeyes seem to have an even bigger opponent than Penn State in front of it: Complacency.

The Buckeyes have been marvelous through two weeks of the season, but that’s not good enough. They want to keep getting better, even with teams such as Rutgers and Maryland on the schedule in the next couple of weeks. That’s a stretch that can cause a team to get complacent, especially the No. 3 Buckeyes, who are nearly a 40-point favorite at home Saturday night.

Day and the coaching staff are keeping the Buckeyes focused.

“We’ve got to make sure that we’re on top of our game,” Day said. “This team would want nothing more than to come in and get this game into the fourth quarter. So we’ve got to do a great job of recognizing the challenge that they provide in all three phases and playing as fast as we can. We have to continue to play like we did in the Penn State game.”

Even with the off night, the cornerbacks for the Buckeyes aren’t lacking confidence going forward.

Rutgers and Maryland don’t present much of a threat in their receiving groups. The cornerbacks have an opportunity to reestablish themselves in the coming weeks. 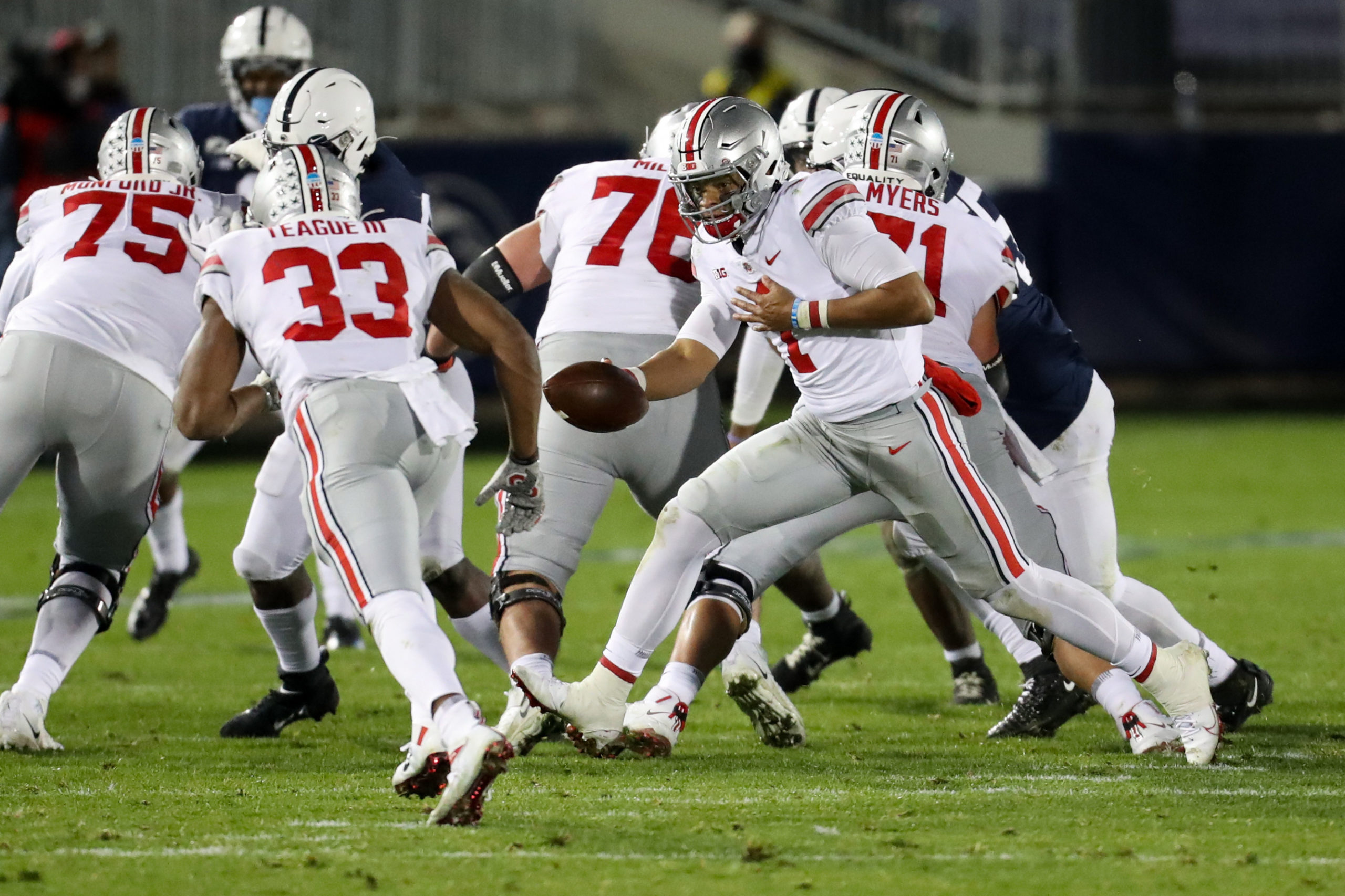 After one week of the season, there were some doubts in the Buckeyes ability to run the ball. Ohio State struggled to get its ground game going against an overmatched Nebraska front, and it looked as if Master Teague and Trey Sermon were rusty.

But against Penn State, Teague shined with 110 yards on 23 carries, and Sermon showed some of the burst that made him so coveted in the transfer portal. Still, both will need to be better for the Buckeyes to take another step forward. That starts with rhythm.

“But Steele [Chambers] had a good first game. Steele played as well as those guys the first two games, didn’t have a lot of opportunity last game. I still think you’ll keep seeing those three guys. I don’t think it’s going to be a negative.”

Ohio State boasts one of the best offensive lines in the country, and that showed when the Buckeyes easily handled the talented Penn State defensive line. One of those five offensive lineman, sophomore guard Harry Miller, was making his first ever road start. And although there wasn’t a crowd to make it challenging, Miller still had a test.

“I really appreciate the way Harry, from Game One to Game Two, probably made as much improvement as anyone on our offense,” Wilson said. “The more you play, the more comfortable you get, the more confident you get. I thought he really held his own, and we were playing a strong front.”

Miller will be one of the major keys to success for this Ohio State offense into December and then championship season. If he continues to progress like he did in the first two weeks, the Buckeyes should be able to handle any front they match up with.

Now that Cameron Brown is officially out for the rest of the season with a torn Achilles, the Buckeyes must quickly patch up their already-thin secondary.

Ohio State knows it has two proven cornerbacks in Banks and Wade, as well as some safeties who can produce. But the coaching staff inside the Woody Hayes Athletic Center has a few names in mind for who needs to begin making a push, and they’re expecting those young — or inexperienced — Buckeyes to step in and step up.

“I think Tyreke Johnson has to step up,” Day said. “I think Ryan Watts has to step up. We’re hoping to get Lejond [Cavazos] back here and get him on the field. Marcus Williamson may have to do a little bit of that across the board just to be ready to go. Those guys are going to have to step up in a big way, some of those younger guys. Cam Martinez, we’re going to have to get those guys ready and play with some depth.”

Without spring practice or training camp, some of the younger bodies in the secondary are farther behind than they would like to be. But the ground can be made up, especially with a coach as good as Coombs.

“I’m seeing growth — that’s a process, as you guys know,” Coombs said. “The disappointing thing, of course, is not having had spring ball or really training camp with those guys makes it a little bit more challenging for them, so their learning curve gets accelerated another notch beyond just being a freshman at Ohio State. But I love those kids. They’re working hard. They’re preparing themselves to play. As I explained to all of them, they’re going to be needed during the course of this season.” 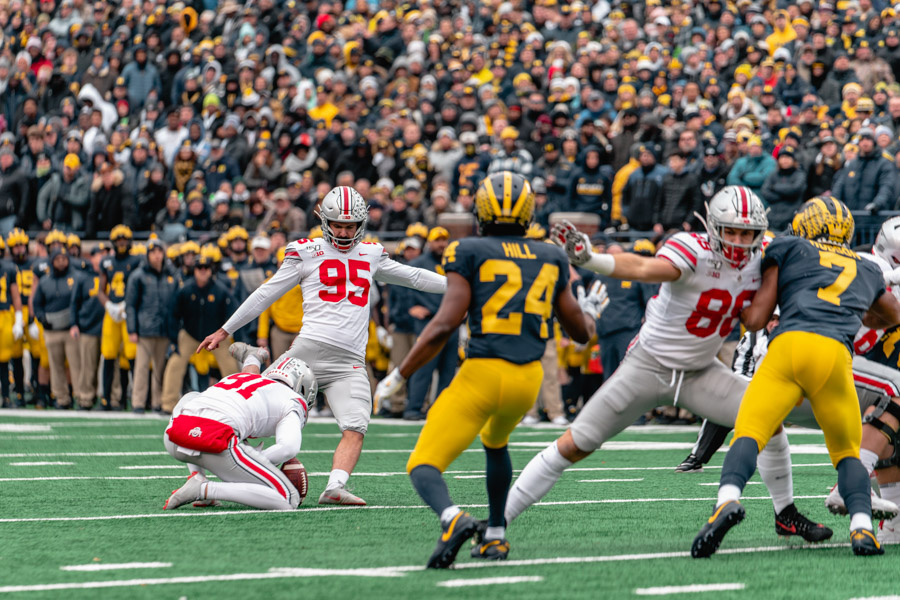 Blake Haubeil has been reliable for the Buckeyes. (Birm/Lettermen Row)

Blake Haubeil suffered a groin injury before the win over Penn State, and it had an impact on the Buckeyes, despite their double-digit margin of victory.

Ohio State missed two field goals from less than 30 yards on Saturday night, and Ryan Day certainly wasn’t happy about it. Haubeil missed one before being pulled from the game, and walk-on kicker Dominic Dimaccio missed one late. Ohio State doesn’t know when Haubeil will be healthy, but the Buckeyes are exploring options at kicker, including freshman Jake Seibert.