How Cameron Brown can thrive in Buckeyes secondary
Aritcle written by:

Ohio State had one of the best seasons in program history last year, and it came with the help of some young players. Now as the younger Buckeyes enter another year for the Buckeyes, they may be expected to take on expanded roles. Lettermen Row is breaking down a play from each key inexperienced Buckeye and how it can help provide a glimpse into each of their futures.Â Next up: Cameron Brown will thrive as a starting cornerback for Ohio State.

But as his second season at Ohio State shows, Brown is actually becoming an important piece for one of the country’s best secondaries. Brown made the switch to defense and began playing cornerback. All through last season, he began to shine in key moments when Ohio State needed some help.

Now, he’s trying to grow into a lockdown cornerback for Kerry Coombs and the Buckeyes.

â€œItâ€™s been great,â€ Cameron Brown said. â€œIâ€™ve come a long way since being a receiver in high school to becoming a corner at one of the best schools in America.â€

Ohio State may have more questions at cornerback than any other spot on the field. Jeff Okudah and Damon Arnette both are gone and will be early draft picks. How can those two be replaced? 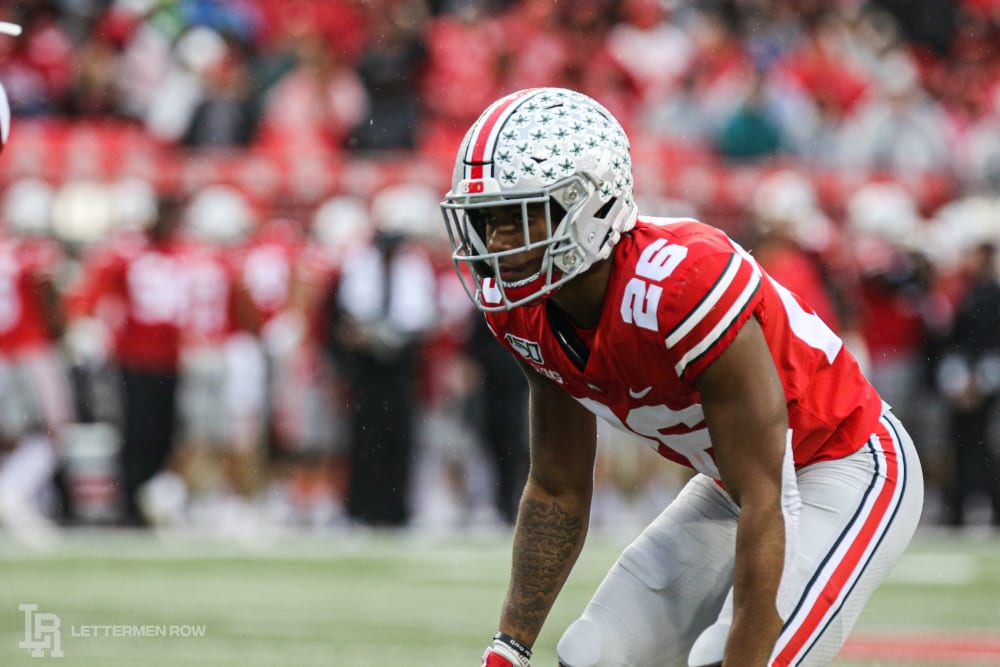 The Buckeyes have plenty of talent. Shaun Wade, who decided to come back for one more season with the program, will be the anchor for the cornerbacks. Brown seems ready. Sevyn Banks has shown strides of improvement. Marcus Williamson and Tyreke Johnson will try to live up to their lofty high school rankings. Ohio State brought in a talented freshman class. The unit that refers to itself as “BIA” should be just fine.

â€œWeâ€™re in great shape,â€ BrownÂ said. â€œI think weâ€™ll be real good. â€¦ Weâ€™ve got guys who have come in who can do great jobs. We just havenâ€™t really shown it because those three were so great. But weâ€™ve got young guys who are ready to play.â€

They’re going to have to be ready to play — but they aren’t so young anymore.

Brown has already made one leap in his college career, from wide receiver to cornerback. He’ll need to make an even bigger leap from role player to dominant cornerback over the next few months.

If the glimpses of what he showed last season are going to be what the Buckeyes get out of him when he’s a full-time starter, the secondary should be in good shape with Cameron Brown. Not too bad for a high school wide receiver.

The play: Late in the fourth quarter of Ohio State’s physical Oct. 5 win over Michigan State, Brown was defending one of the better receivers in the Big Ten, Cody White, on the outside.

Cameron Brown had a pass break-up for Ohio State against Michigan State.

Brown was playing bump-and-run, man-to-man coverage, and he certainly held up just fine outside on White, earning his first pass break-up of the season. The play wasn’t jaw-dropping and seemed routine, but the blanket coverage is a reminder of how talented the backups in the secondary were last season.

Brown led that charge. Late in games, Brown was the first corner off the bench. When Jeff Okudah was sidelined during a portion of the Big Ten title game, Brown came in and played well.

And against the Spartans, that all started to come together. Brown’s confidence grew as the season went on. If the Buckeyes are going to win a national title this season, Cameron Brown is going to have to consistently be a shut-down cornerback for Kerry Coombs’ defense.