COLUMBUS — The NFL career of Dwayne Haskins hasn’t gone as he envisioned.

The former Ohio State star only started one year in Columbus, but he led the Buckeyes to a 2018 Big Ten championship and Rose Bowl victory, setting the conference record for passing yards and touchdown passes in a season along the way.

Haskins was a Heisman Trophy finalist, too, finishing third.

The huge season boosted his draft stock. Drafted with the 15th overall pick in 2019 by his hometown team, the Washington Football Team, Haskins seemed ready to be a franchise quarterback.

But last fall, only his second season in the league, he was benched after Week 4. WFT coach Ron Rivera recently spoke on The Colin Cowherd Podcast about his decision to bench his starting quarterback .

“We sat Dwayne down, put the ball in Kyle [Allen’s] hand,” Rivera said. “What I decided was I could continue with one guy and forsake 52. Or I could put one guy aside and try and develop the other 52. And that’s what I decided. I had an opportunity, we had an opportunity, to see the rest of the team grow. It just — it wasn’t coming together for Dwayne.”

Haskins remained as the Washington backup until Week 14 when Alex Smith left with a calf strain. Haskins played the rest of the game and started the following week, a 20-15 loss to the Seattle Seahawks.

He threw a touchdown and two interceptions against the Seahawks, but his performance didn’t stay in headlines for long.

After the game, Haskins was pictured at a party without a mask. The photograph went viral.Â The second-year quarterback lost his captain title and the NFL fined him $40,000 for violating COVID-19 protocols. Haskins started in Week 16, only to be benched in the fourth quarter.

The next day, he was off the team.

“I tried to come to terms with him,” Rivera said. “He’s a very talented player. He’s got an NFL arm, a legit arm. And there’s a part of him that, that he wants to, he wants to, but something keeps getting in the way. I’m not sure what it was. And that was the hard part, because he puts in the time … and then he doesn’t. And you wonder: ‘Where is he? What’s he doing?’ And then you see him over here and you go: ‘OK.’ And then you don’t see him.

“So I think the thing he needs to do is just prioritize. I mean the kid, as I said: He’s talented. And if he ever does get it, he’s gonna make an impact.” 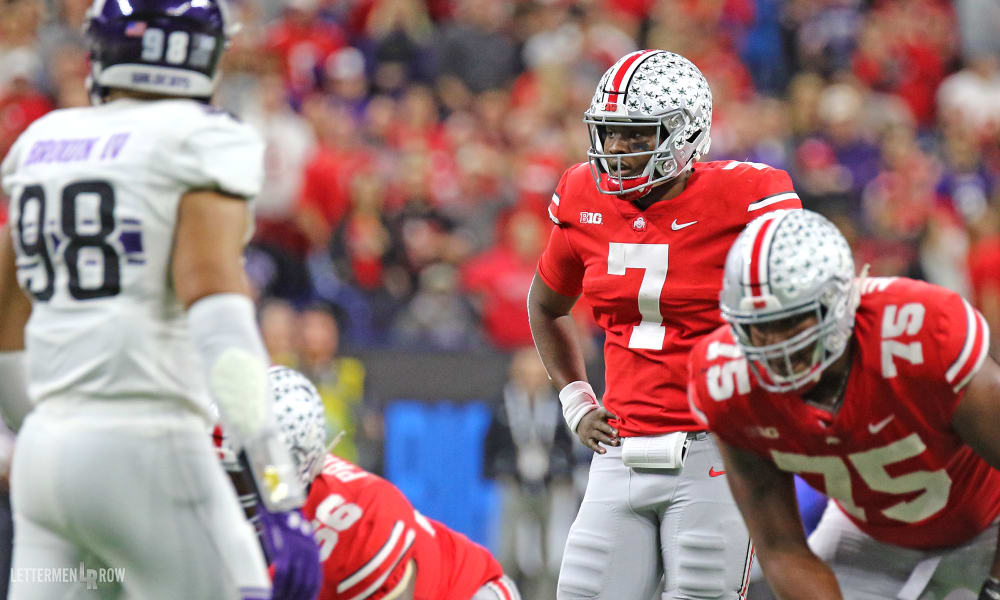 Haskins appeared in 16 games in his two NFL seasons, throwing for 2,804 yards with 12 touchdowns and 14 interceptions.Â Rivera parted ways with his young quarterback because of his lack of maturity; the photograph after the Seahawks game was only the tipping point.

“There’s an intangible that you have to have,” Rivera said. “If you’re 20 and there’s a group of 30 year olds, you better be as mature as them.”

But Dwayne Haskins is young — he’s only 23 years old — and has another chanceÂ to turn around his career and become the franchise quarterback many thought he was after his historical 2018 season at Ohio State.

He signed a futures contract with the Pittsburgh Steelers on Jan. 21.

A new beginning in a new city might be the fresh start he needs.