COLUMBUS â€” Ohio State has one of the biggest and best recruiting departments in the country.

The staff is led by ace Mark Pantoni, the top at his job in America. But the behind-the-scenes staff is just as important.

And when one of the key members of that staff, Tori Magers, left the football program, the Buckeyes were left to fill that position, one of the most important in the entire operation.

The former director of on-campus recruiting at Kansas for two seasons, Dunston now leads the on-campus operations for Ohio State recruiting, going from the worst program in the Power Five to arguably the best. Her experience at Kansas, along with previous stints at Purdue and LSU, give her a unique perspective to help lead the lifeblood of the Big Ten’s best program.

“Kansas really afforded me the ability to enhance my skills and be prepared to come to Ohio State,” Dunston said in her first media availability with the Buckeyes. “And with about 14 months-ish of not having kids on campus, you know, we’re doing something a little bit different, where it’s almost like a hybrid, like utilizing Zoom and having the kids back on campus. So, that transition really helps us to ease back into it.

“Honestly, I’m just super excited to get everyone back on campus. Working in this field and being with these prospects and getting to know them, it’s just an exciting opportunity to have them finally back and transition back to the normal times.”

But she is embracing the challenges of hosting 51 official visitors in the next five weekends. And that’s part of the appeal of leaving Kansas for Ohio State.

“The people and the vision and the family atmosphere that [Ohio State coach Ryan] Day and Mark Pantoni really showed me is what brought me to Ohio State,” Dunston said. “The challenge of having these kids come back on campus in such a high volume brought me to Ohio State. And obviously we didn’t know at the time, how many kids we were going to have, but we knew that it was going to open back up one day.

“So that’s what really brought me to Ohio State.” 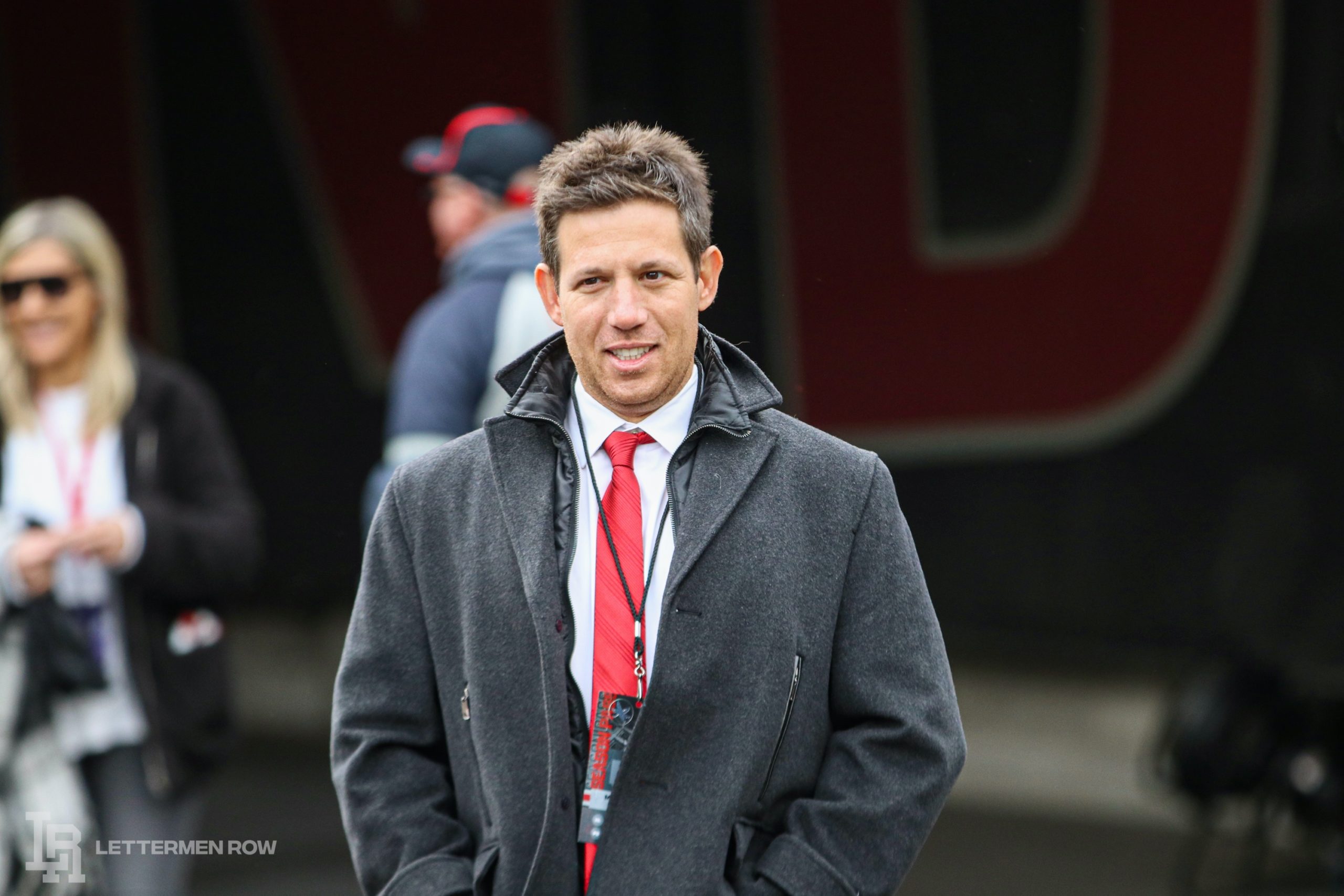 Ohio State recruiting guru Mark Pantoni has a huge month ahead of him. (Birm/Lettermen Row)

So far, Dunston is making a great impression on Pantoni and the Ohio State coaching staff. She is rapidly becoming one of the key members of the recruiting department, especially as the Buckeyes prepare to open the doors of the Woody Hayes Athletic Center back up to recruits after 14 months without.

It will certainly be hectic for the recruiting department. But Dunston is already proving she can handle anything thrown her way at Ohio State. The floodgates of in-person recruiting are about to open. Dunston, Pantoni and the recruiting staffers are ready.

“Itâ€™s exciting, but we know itâ€™s coming,” Pantoni said. “We just have to be very organized. Erinâ€™s been a rock star, you know, coming in right away. Sheâ€™s been great, and we havenâ€™t lost a step with her. Erin and I are just working closely together. And weâ€™re just trying to take it day by day right now — obviously that first weekend, we have a lot.

“But starting next Tuesday, itâ€™s on and we just got to go day by day. And just win that day.”

Dunston brings a unique perspective to her new role as the on-campus director of recruiting. She was on the football operations side at LSU and an administrative side at Purdue before switching to the Kansas recruiting department.

Now as the Buckeyes continue to dominate the national recruiting scene, they have a new leader once prospects come to campus. And Erin Dunston is ready to take an elite recruiting machine and enhance it even further.

“I think it’s my personality and my organizational skills, my experience,” Dunston said. “That is what is going to allow me to help elevate Ohio State in the recruiting aspect.”