COLUMBUS â€” Ohio State players heard the comments made Thursday by their rivals.

The questions asked to Michigan players about the rivalry game and emphasizing it are an annual occurrence at Big Ten Media Days. But the answers to those questions by three Wolverines stars were a bit different than normal, more pronounced than in the past.

â€œOhio State is on our mind every day.”

“This season, weâ€™re putting a little bit more into it. Visually and mentally, weâ€™re emphasizing it.”

Michigan seems to be finally taking on The Game with the same urgency the Buckeyes have every day and every year. Of course, Ohio State prepares 365 days a year and does everything inside the Woody Hayes Athletic Center with Michigan in mind.

So when asked about those comments made by Michigan and the idea that the Wolverines were finally taking The Game as seriously as the Buckeyes do, Ohio State star left tackle Thayer Munford didn’t mince words.

“Alright, that’s good,” he said candidly at his podium Friday during media day. “For sure, though, I thought for sure they took it seriously. But for them to actually say that? I’m like, ‘alright. We’re ready no matter what.’ It’s one of the greatest rivalries ever, you know?”

As Ohio State continues its chase of a national title, the Buckeyes spent all last season with a focus on getting back to the College Football Playoff and beating Clemson. Now that chase includes catching Alabama, the titan of the sport. But while Ryan Day and the Buckeyes have relentlessly pursued the other heavyweights, they have made sure to continue emphasizing the importance of beating Michigan.

That has never changed, even as the goals of the program have become more lofty. 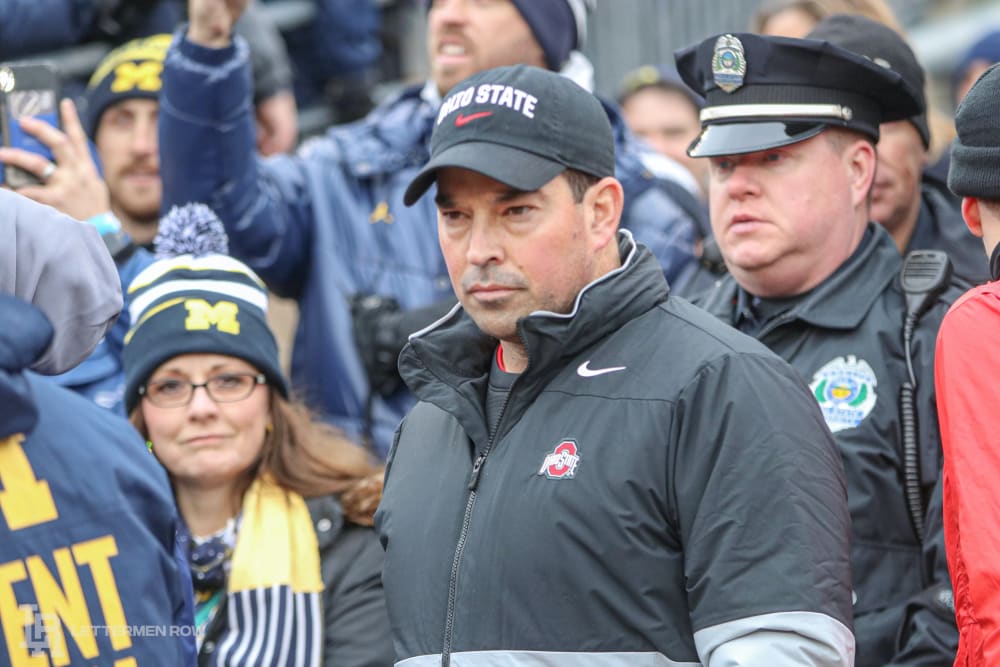 “I think just the culture of our program,” tight end Jeremy Ruckert said. “We know what’s asked of us, we know it’s expected of us. And we live it everyday. Everybody in our building, they really respect the rivalry and we don’t take it for granted. Anybody can win any game at any given moment. So especially in games like that with highly competitive teams, two traditional teams that really go way back 100 years. It’s important to really focus on respect and knowing what comes down to an actual rivalry game like that. So we don’t look past that. We don’t look past any game. And it’s it’s definitely important to really realize that it’s all about respect. …

“All I can speak for is our team, how we how we respect the rivalry. We train for it, we have in the back of our minds, and at the end of the day, it’s just two great programs going at it at the end of the year.”

Ohio State knows how to handle its business in The Game. Eight straight wins and 17 wins in its last 19 tries are proof of that. And as the program goals shift more toward winning a national title than just winning the Big Ten, Ohio State still hasn’t lost sight of what the end of November means to the program and its fan base.

No matter what the rival to the North is doing.

“We’re just worried about our side,” Buckeyes star defensive end Zach Harrison said. “We’re worried about getting better every day and respecting the rivalry by by working hard toward beating them every single year.”

Michigan made it known that it’s emphasizing The Game more than before.

Ohio State is going to hear the comments and continue doing what it has done every day this century: keep a focus on the Wolverines.