COLUMBUS â€” Ohio State has had Addison Nichols near the top of its offensive line board for months.

The Buckeyes are officially near the top of Nichols’ own board. The four-star lineman trimmed his list of potential destinations to three. Ohio State is joined by North Carolina and Tennessee for the Greater Atlanta Christian School rising senior.

Buckeyes offensive line coach Greg Studrawa and the coaching staff have always been high on Nichols, the country’s No. 3 interior offensive line prospect for the class of 2022. And Studrawa has shown Nichols through the process what life at Ohio State could be like.

â€œItâ€™s a great place,â€ Nichols told Lettermen Row. â€œThey have a great program that can grow me on and off the field.â€ 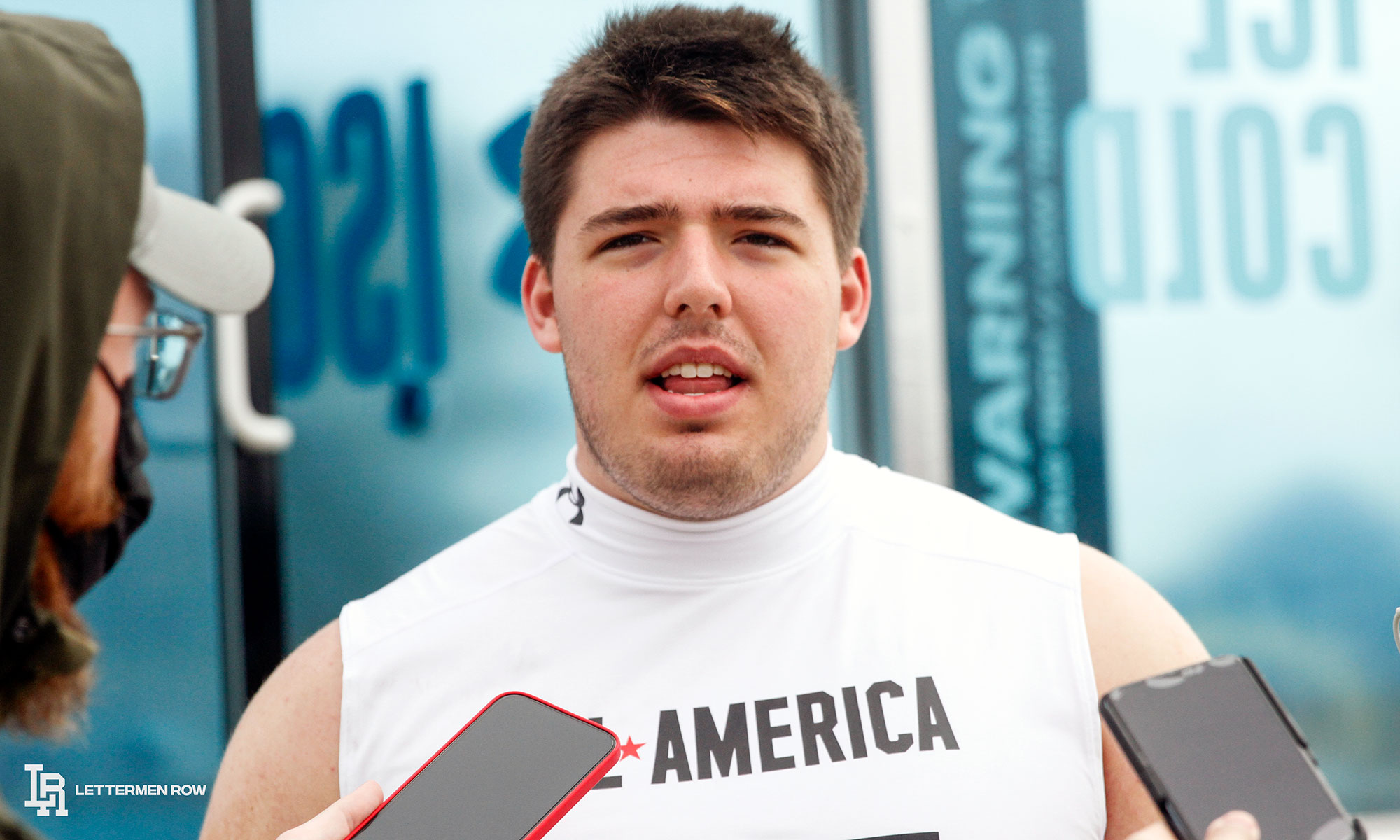 Addison Nichols is a priority target for the Buckeyes. (Birm/Lettermen Row)

Of course, the Buckeyes haven’t locked up a commitment from Nichols yet. The recruiting battle is far from over. Ohio State now enters a fight with the Tar Heels and Volunteers for Nichols’ pledge.

With two offensive linemen — Tegra Tshabola and George Fitzpatrick — already committed in the class in 2022, the Buckeyes are still looking for another piece to add onto their top-ranked class. Nichols fits that bill, and Ohio State fits what Nichols is looking for as his recruitment winds down.

Studrawa is to thank for that.

â€œItâ€™s Coach Studâ€™s energy for sure â€” every time I call him, he answers and it sounds like heâ€™s screaming into the phone,â€ Nichols told Lettermen Row’s Jeremy Birmingham back in March. â€œYou could be having the worst day ever, and then call him and your day gets better. You forget about everything that was going wrong. Itâ€™s just great energy, super optimistic.â€

Nichols visited Ohio State in June, after the dead period was lifted. He and the Buckeyes both were impressed during that visit, and the bond between he and Studrawa has continued to grow since then.

Ohio State has kept Nichols near the top of its board throughout the recruiting process, and now Nichols has Ohio State in his top three choices.