Ohio State had a pretty good year on the recruiting trail.

As it stands, the Buckeyes are ranked as the No. 3 recruiting class in the country in the 2020 class. And after the addition of Colorado tight end Sam Hart on Monday morning, Ohio State is currently in the top spot in the Class of 2021.

Things may be going well, but that doesn’t mean there’s not a lot of work to be done for the Buckeyes, both in the Class of 2020 and moving forward into 2021 and 2022. What are the most important things for Ryan Day and his coaching staff to accomplish?

Lettermen Row will try to break down the biggest needs of every month in the upcoming year with a recruiting to-do list. Heading into the new year, it’s time to start with January.

This column is about what the Buckeyes need to do on the recruiting trail, but that begins in the coaching offices of the Woody Hayes Athletic Center.

Ryan Day needs to replace Jeff Hafley, and he needs to do it as soon as he possibly can.

That sounds simple. But in football, nothing ever is. There are extenuating circumstances — namely the NFL playoffs –Â  that appear to be forcing Day and Ohio State to be delayed in getting a final answer from Tennessee Titans assistant coach Kerry Coombs. If there’s a realistic candidate beyond the former Buckeyes co-coordinator, he’s not yet made his way into the conversation. And that sure leads to the idea that Coombs is and always has been Day’s top choice.

If the choice is Coombs as expected, the sooner Ohio State can officially announces it, the better. 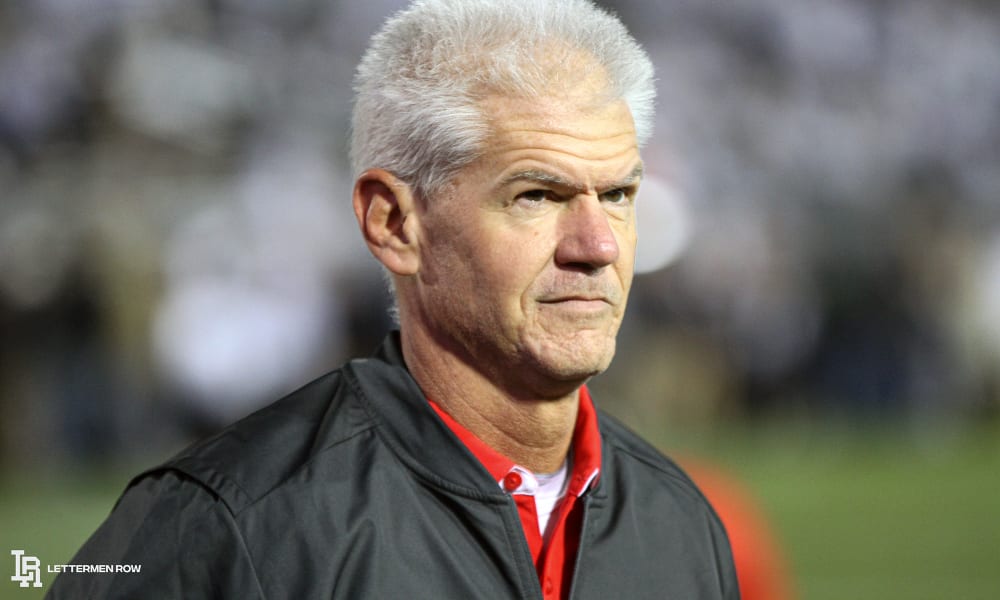 One of the reasons why a decision needs to be made and announced on a replacement for Jeff Hafley?

Because 2020 commitment Cameron Martinez is sitting up there in Muskegon, Mich., trying to decide what to do with his future.

Martinez, who committed to Ohio State on July 4, opted not to sign during the December signing period, choosing instead to wait for February because he wants to make sure he knows who his position coach will be.

Michigan’s two-time Player of the Year according to MLive.com and this year’s Mr. Football and Gatorade Player of the Year, Martinez has never been entirely sold on playing defense in college. But he trusted that Hafley could develop him on that side of the ball. He needs to be shown why and how the next guy to coach him at that position can do the same.

As it stands, the battle for Martinez may be between Ohio State and Minnesota. But the longer things carry on without the announcement of Hafley’s replacement, the more other schools can try to get involved.

Ohio State has to find another defensive back — or two

The plan in the secondary has been for Ohio State to sign five defensive backs in 2020. And assuming the Buckeyes can maintain Cameron Martinez’s commitment, that means there’s still a need for one more in this cycle because Clark Phillips signed with Utah and is enrolling there next week.

If Shaun Wade leaves the Buckeyes program — a decision is coming Saturday — then all of a sudden there’s a need for two more defensive backs to be added to the 2020 roster. There are not a ton of guys out there unsigned, uncommitted and with Ohio State-level talent.

If Martinez were to leave the Buckeyes recruiting class, the needs expand even more. The evaluation of top defensive backs around the nation has already begun, and Ohio State will scour the country to find worthwhile talents to bring in at this major position of need.

It’d be easier to do with someone being hired to replace Jeff Hafley, though.

Will Ohio State pursue another running back?

It’s not unexpected at all, but on Monday night it became official: J.K. Dobbins is heading to the NFL.

Ohio State’s No. 2 all-time rusher leaves a major hole in the offense. And though Master Teague, Marcus Crowley and Steele Chambers appeared more than serviceable backing up Dobbins, it remains to be seen if that group has the chops to lead Ohio State from the tailback spot.

The Buckeyes have one 2020 commitment, but for months they had intended to take two in the class. Will there be a push for a second? Dalton (Ga.) running back Jahmyr Gibbs was expected to make an official visit to Ohio State over the weekend of Jan. 17, but he’s now slated to be at LSU that weekend. That speaks to what has long been the expectation with Gibbs: He is most likely to stay in the south for college.

Whether he visits the Buckeyes again or not — and I expect he will continue to say he wants to, but then never do it — Gibbs is and has been a long-shot option. Will another name or two pop up and serve as a complement to Miyan Williams or will Tony Alford and the Buckeyes stand pat with a one-man class? There’s not much time to answer this question, so if new names don’t emerge quickly, don’t expect them to emerge at all.