So does his roommate TreVeyon Henderson.

The pair of freshmen running backs compete to see who can make the best food. It doesn’t matter what’s on the menu. The Buckeyes range from cooking breakfast food to lobster tails — and it’s always a competition.

Both talented backs are part of a six-man running back room, competing for playing time. Both want to be head chef. Neither want to be sous-chef in the backfield at Ohio State. And as the newcomers in the room, they’re both already at work trying to climb up the depth chart.

“Off the field, we’re roommates,” Pryor said. “Every day, low key, we compete in everything. If Tre cooks something, maybe I’ll cook something, see which tastes better. But you know, on the field, as well. We’re pushing each other. But that’s not just us. That’s all the guys in the room, striving to be as good as we can be and fighting for a spot to play.” 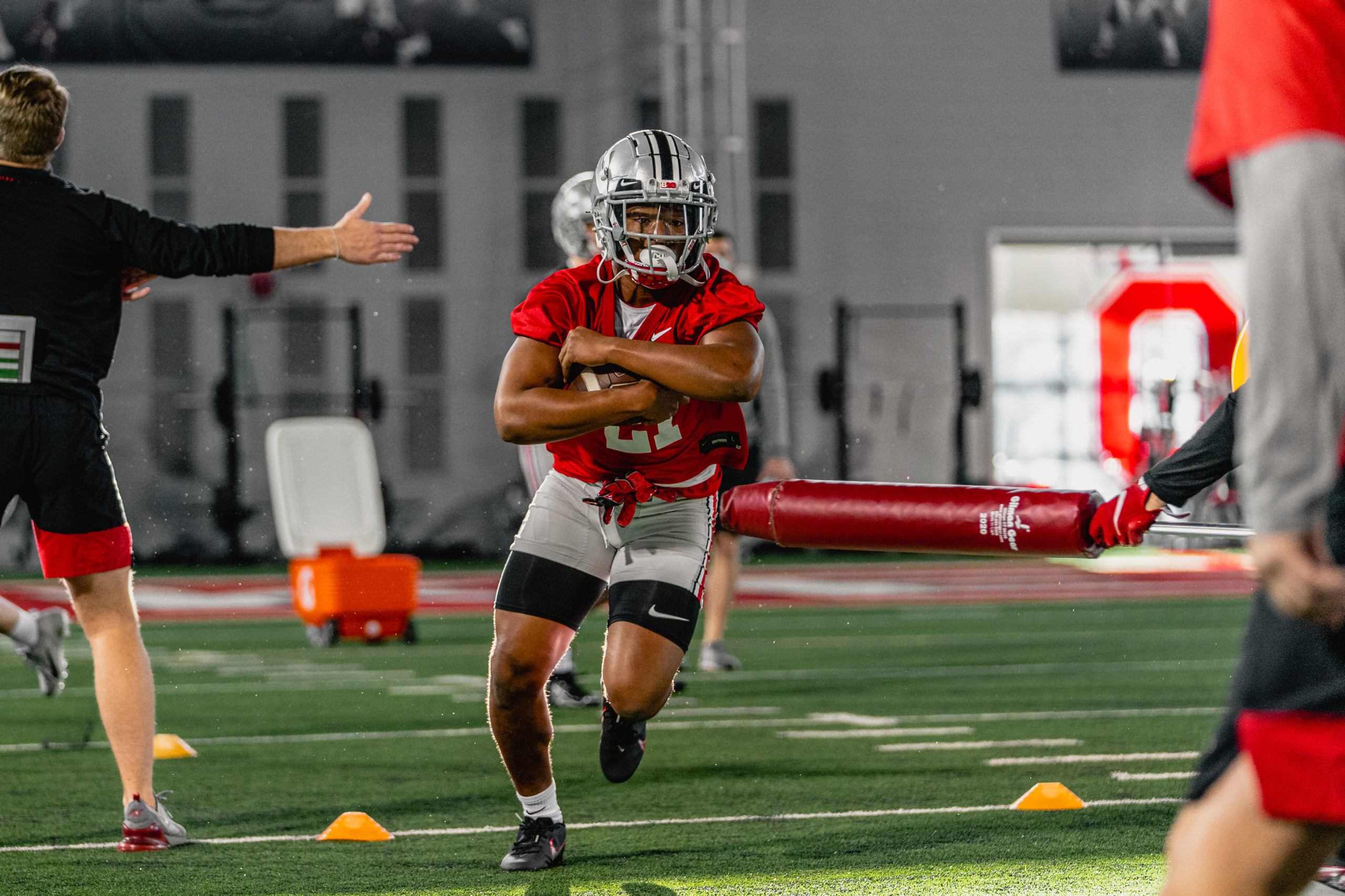 Evan Pryor has his sights set on early playing time for the Buckeyes. (Courtesy/Ohio State Dept. of Athletics)

Now they’re on campus as early-enrollees. They’re ready to get to work, especially after missing their senior season of football due to the pandemic. Pryor and Henderson haven’t played in a football game since the fall of their junior year. The two freshmen don’t think that will hold them back.

Henderson even made it clear that after one hit, he’ll be comfortable on the field again.

“They haven’t played football in a long time,” Ohio State running backs coach Tony Alford said. “The last time those guys played, they were juniors in high school. So I think we’ve got to temper, we have to understand that they haven’t played with 22 guys on the field in a long time. It’s funny to hear them say I can’t wait to get hit. Don’t worry buddy, it’s coming. It’ll be upon you here soon.

“The thing that’s impressed me the most is their eagerness to learn. They’re hungry to learn and trying to take it all in, they’re both extremely, extremely coachable kids. They’re both on a quest of: Give me more, give me more. When you start coaching them, correcting them, they don’t take it personal. It’s not a personal attack at them. They want to know hey what can I do better here.”

Just a few practices into their career, Pryor and Henderson are already competing with incumbent running back Master Teague, as well as veterans Marcus Crowley, Steele Chambers and second-year back Miyan Williams. All of them have more experience — in the program and in-game — than the two freshmen.

So while both Henderson and Pryor are gunning for the starting tailback job in the explosive Ohio State offense, they’re also acting as sponges, soaking up what they can from the veterans in the room. That’s why the running back room is so strong. 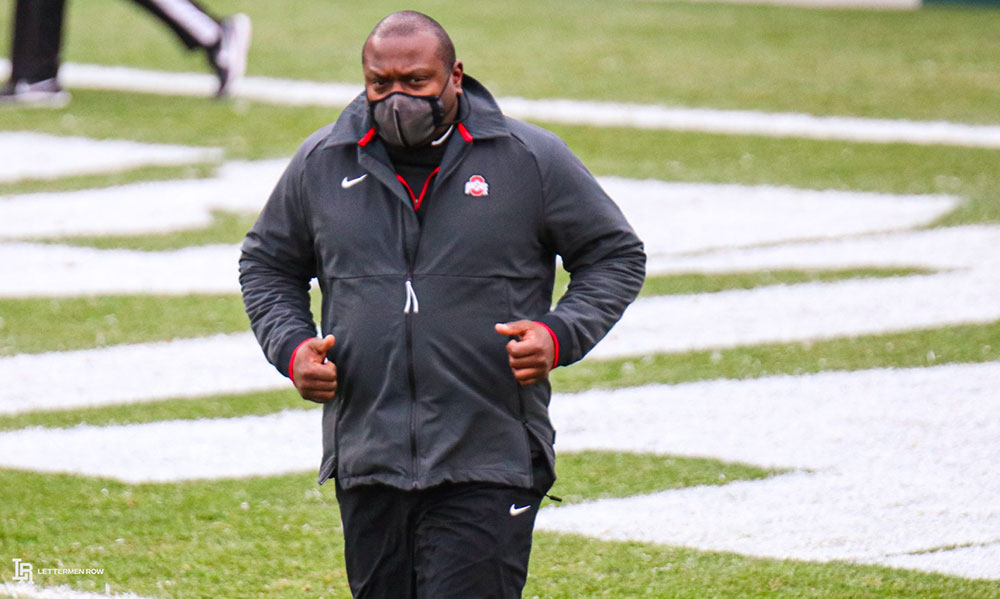 Tony Alford has a full running back room at Ohio State. (Birm/Lettermen Row)

“It’s been great just being around the guys, meeting them,” he said. “Guys like Marcus and them, we know it’s competitive everyday. We started off by building a brotherhood first. We’re brothers first. We’re going to share the field together. We obviously know it’s competitive, but it’s not something that’s spoken about every day. We’re going to keep coming in every day, making each other better and grinding.”

As the Buckeyes dive deeper into spring practice, Pryor and Henderson will continue to have opportunities to prove themselves beyond their recruiting ranking. And as the running back pecking order begins to shake out, don’t count out the two young backs.

Both of them are capable of leading the Ohio State tailback position and elevating the Buckeyes offense. Sure, they still have plenty of room to grow. But the early reports on them show they aren’t typical freshmen.

The competition is just beginning for the Ohio State running backs. It doesn’t matter if it’s in the kitchen or on the field.

TreVeyon Henderson and Evan Pryor are already challenging each other.