COLUMBUS — The projected shot at stardom will have to wait a little longer for Jameson Williams.

With Chris Olave and Garrett Wilson around, there’s only so much spotlight to shine on the Ohio State wide receivers — and those guys obviously command plenty of it. But that tandem does get a little bit of help from one of the third wheels, because the speed and playmaking ability of Williams is already well known around the Big Ten even with the limited opportunities the sophomore has had so far in his career.

Want to pay extra attention to Olave and Wilson? Good luck finding somebody to cover the dynamic Williams on the perimeter as he continues developing into a game-changer in his own right, a process that has been about more than just his impressive physical gifts.

“Youâ€™re trying to operate in a world of: â€˜What if I wasnâ€™t that fast?'” Ohio State wide receivers coach Brian Hartline saidÂ during the preseason. “And if youâ€™re able to embody that approach, a really special player can come out of that.Â He already has a physicality that a lot of receivers donâ€™t have. He loves the contact piece. Now itâ€™s making sure that with speed and with blocking that weâ€™re under control, that we operate with purpose. 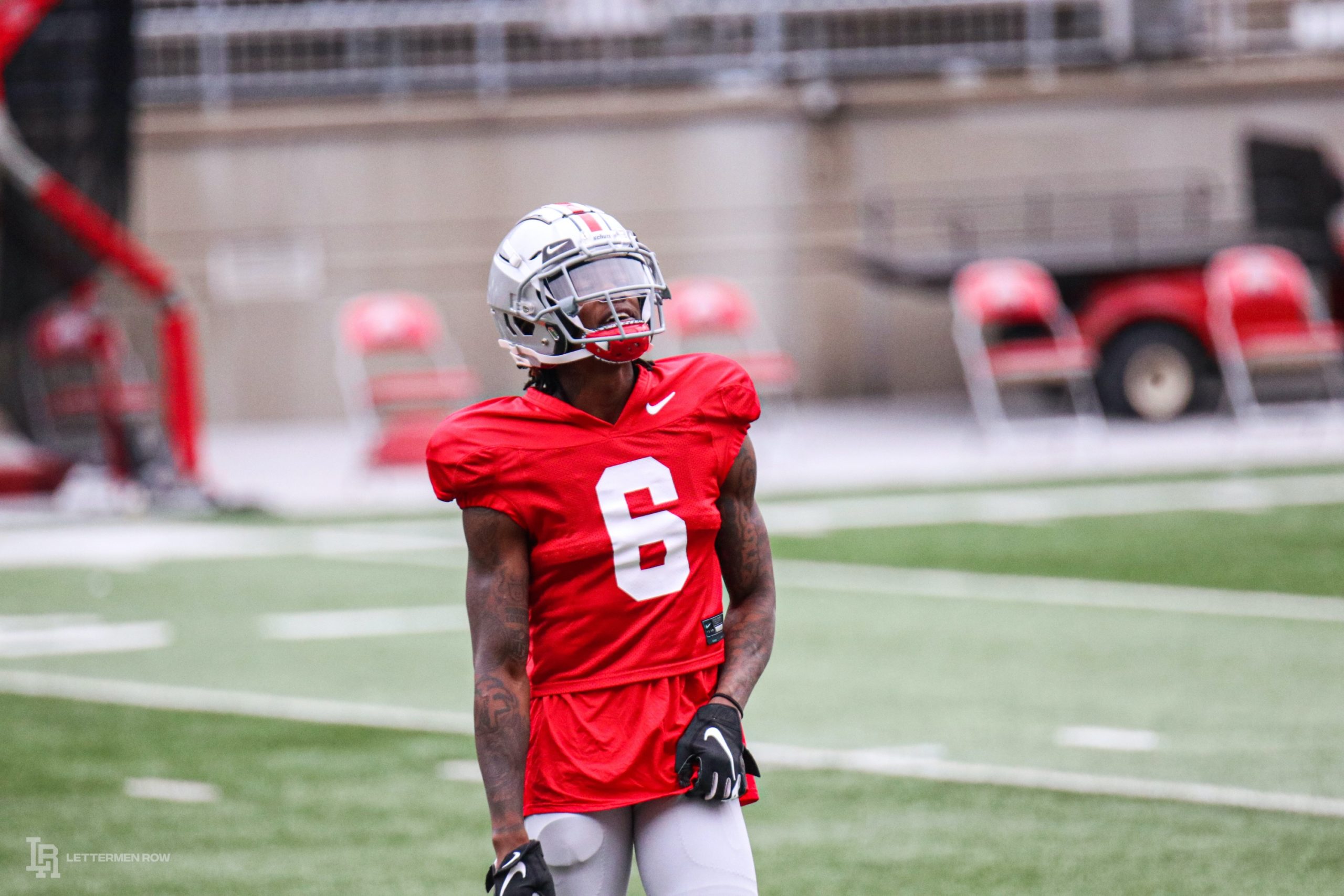 “He has had the opportunity to build work, to build a portfolio over time. But heâ€™ll even tell you he could could do better than he currently is. And that mindset is really important. Heâ€™s trained well. Heâ€™s had a great offseason. Academics are coming up. All that plays a part. I think the body of work has continued to compile, and we have a ways to go. But I think heâ€™s doing a good job in that light.”

There’s certainly still room for Williams to grow, and he’s taken that challenge from Hartline seriously during his second year with the program. The stats are relatively modest so far, but Williams has a catch in all four games this season and flashed his explosive potential with a 38-yard touchdown grab last month against Rutgers.

The consistency from Williams is the key, especially since he has to be ready to maximize his chances to make an impact for the Buckeyes when they won’t come as frequently as they do for Olave and Wilson. But Williams is holding up his end of the bargain so far, giving the passing attack yet another weapon — and still building for his shot in the limelight.

What makes Jameson Williams such an intriguing weapon for Ohio State? How can the sophomore wide receiver keep making the Buckeyes more dangerous? Where can Williams continue to grow while working with position coach Brian Hartline? Former Ohio State standout Johnnie Dixon broke down the film with Lettermen Row and answered those questions in the latest episode of BuckIQ.