The seminal moment of Johnnie Dixonâ€™s high school career might have been a dropped pass.

In the Florida Class 7A state semifinals.

With the clock ticking down and the game on the line.

Briefly, Dixon lay inconsolable on the turf. Then his teammates pulled up their budding sophomore star wideout. Dwyer (West Palm Beach, Fla.) coach Jack Daniels foreshadowed to Dixon that he would have a chance for atonement.

And by Dixonâ€™s senior season, as virtually every school in America recruited the deceptively rugged phenom with track speed, opportunity became history.

â€œItâ€™s kind of ironic, his sophomore year we got into the state semifinals game and our quarterback had to come out, our backup came in for a play, and Johnnie was sitting in the curl hole, inside their 20, like fourth-and-6,â€ Daniels told Lettermen Row. â€œThe quarterback made a great throw and hit Johnnie right in the hands and he dropped it. He laid on the field and cried.

â€œI told him he would get another chance, and he led us to the state championship his senior year.â€

Throughout that storybook senior season, the 5-foot-11, 198-pound Dixon had elicited visits from a veritable Whoâ€™s Who among college football coaches. Alabamaâ€™s Nick Saban checked in on Dixon even as he rehabbed an injury. Though Dixon did not pledge to the Buckeyes until late-December after his senior campaign, all those coaches had wasted their time.

Dixon, it turned out, always had a Buckeyesâ€™ memento in his pocket. 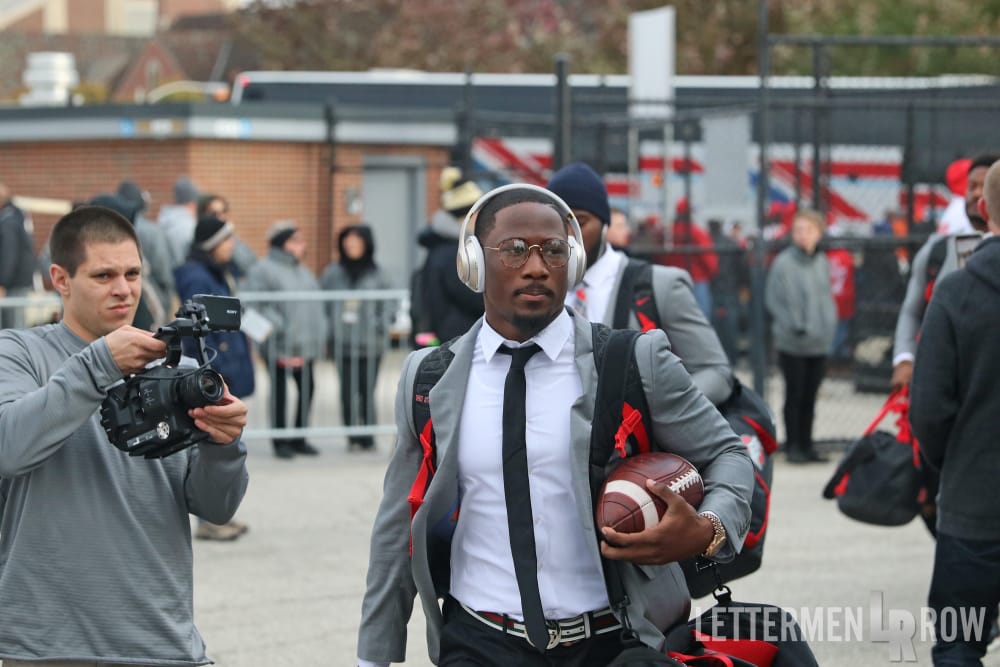 â€œWhen he came back from the visit, I never pried, I mean he had Nick Saban visiting him while he was getting physical therapy,â€ Daniels recalled. â€œI never pried or pushed, but the kids knew all along where he was going.

â€œHe kept a buckeye in his pocket, I mean he always had it. Once he visited [officially in September 2013], he knew that was where he was going.â€

And Daniels always knew that Dixon, whoâ€™s amassed nearly 1,200 all-purpose yards and 14 career touchdowns for the Buckeyes, possessed the critical attributes to not just get where he was going but also to find success.

â€œHe did all the 7-on-7 camps, all the events, could absolutely fly and was a special, big-time recruit,â€ Daniels said. â€œHe was our No. 1 receiver, and then our starting corners both got hurt, and I think for the entire playoff run he played every snap.

â€œIt was huge, you could tell playing both ways every snap hurt his knees, but he battled and it was just special to him and special what he did.â€

Some of that pain would follow Dixon on to college, and injuries held him back from contributing the way he envisioned for years.

Finally last season he enjoyed a stretch of good health, and the results on the field were obvious.

“I always knew I could make the plays,” Dixon told Lettermen Row. “Iâ€™m pretty sure the guys around me in the locker room knew I could do the same thing. It was just a matter of being able to do it on the big stage and actually being healthy to go do it. I always knew that I could do it. I grew up doing it, did it in high school.

“It was just injuries that set me back, and I was really ready to put that on display for the world.” 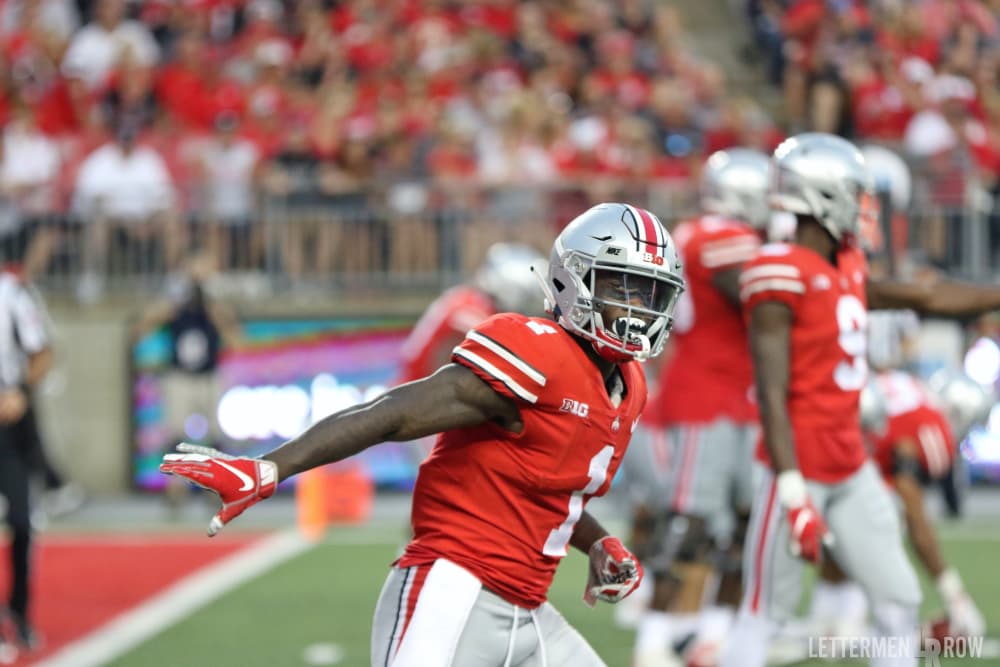 Johnnie Dixon has been a touchdown machine for Ohio State over the last two seasons. (Birm/Lettermen Row)

Daniels, of course, doesnâ€™t believe the special moments are done yet for his former star pupil.

â€œItâ€™s incredible what a good person he is. Heâ€™s well-liked by everybody and believes in doing the right thing, always has,â€ Daniels said. â€œHis mom has done a phenomenal job raising him. I absolutely consider him one of my all-time favorites.

â€œAs long as he stays healthy, when heâ€™s been healthy, heâ€™s been pretty unstoppable. Coach [Urban] Meyer has done a great job up there. Heâ€™s got a chance to be special [in the NFL].â€

For now, though, Dixon isn’t done at Ohio State.

And when the game is on the line for the Buckeyes, Dixon is still out there making up for a drop years ago — one clutch catch after another.