Though there were a few scary moments along the way, things turned out just fine for Ohio State in the pursuit of 2020 cornerback Lejond Cavazos.

The 4-star prospect from talent-rich IMG Academy in Bradenton (Fla.), committed to the Buckeyes on Wednesday night at the Rivals.com 5-Star Challenge in Atlanta. The decision came after months of intense deliberation and close-calls on the recruiting trail — but more than a year after receiving his Ohio State offer, Cavazos is on board.

Despite the best efforts of Georgia â€“ where Cavazos visited three times in recent months â€“ and Oregon, Cavazos picked Ohio State because he believes that is where he’ll be in the best position to be developed both on and off the field.

“I chose Ohio State because thatâ€™s where I belong,” Cavazos told Lettermen Row prior to heading to Atlanta. “For football, life after football and just becoming a man. I can see myself developing into my better self at Ohio State.”

There is already some company for Cavazos in that 2020 class pledged to the program as Ohio State works ahead on the recruiting trail. His announcement made him the second Ohio State commitment at this early point in the process, joining Marietta (Ga.) offensive lineman Jake Wray.

On the field, expect the 6-foot, 185-pound Cavazos to play cornerback. That’s the position that best suits his talents, especially his speed and agility. 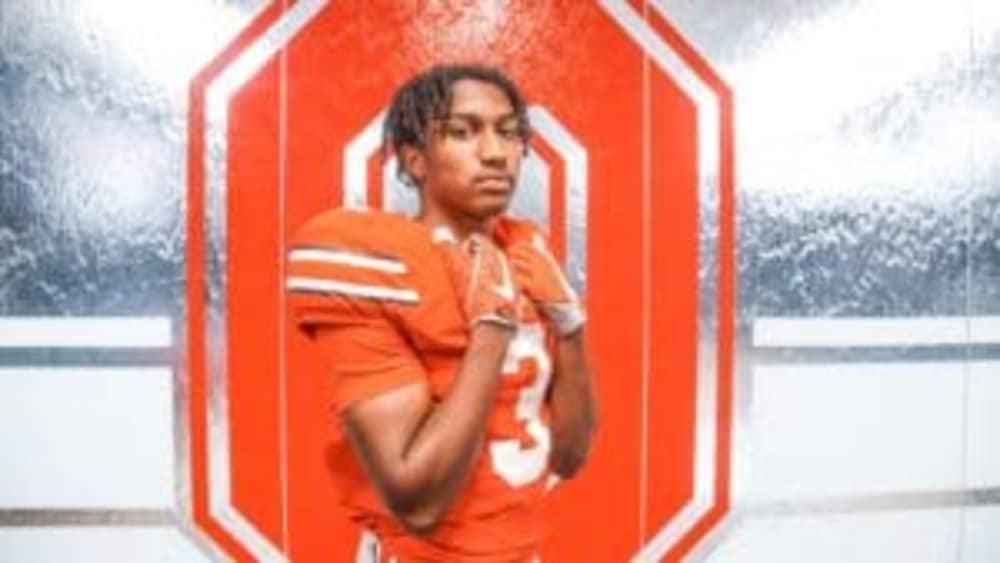 He’s been evaluated as the country’s 10th-ranked safety prospect, but that is primarily because his recruiting highlights and tape show him at that position during his sophomore year at IMG. He ran a 4.56 in the 40-yard dash with a bum hamstring at Nike’s The Opening regional camp and a 4.49 during his most recent visit to Ohio State. He also recorded a 43-inch vertical leap.

It’s his dynamic athleticism that has schools around the country wondering how to best use him in the secondary, but the Buckeyes and Bulldogs each felt he was a potential first-round pick at cornerback.

â€œBoth schools view me as a corner,â€ Cavazos told Jeff Sentell of Dawgnation.com. â€œThey both really said they liked my height and my size and my quickness. They both want me to play corner, but they said if that doesnâ€™t work out, then I could definitely go to safety easily.â€

Either way, his plans are now set to figure it out with the Buckeyes.