Michigan cancels The Game, next step unclear for Ohio State
Aritcle written by:

COLUMBUS — The Game is cancelled.

Michigan confirmed that it would not be able to play at Ohio State on Saturday, snapping a tradition that dates back to 1918 and throwing uncertainty into the next step for the three-time defending Big Ten champions this season.

The Buckeyes were in the midst of their weekly press availability on Tuesday when the news was delivered from the Wolverines, leaving the program unable to immediately respond or address what it might be able to do moving forward to fill the void. It’s a crushing blow to the Buckeyes, who build their entire year around playing in the storied rivalry, and it’s also a massive development when it comes to the Big Ten race and the College Football Playoff.

“We were called by the University of Michigan about the cancellation shortly before [it was confirmed],” Ohio State spokesman Jerry EmigÂ saidÂ after the Buckeyes ended their weekly press availability. “Now, Coach [Ryan] Day and the coaching staff are working with our student-athletes, dealing with our student-athletes as they are the No. 1 priority.

“They are meeting and working, and the next steps are to figure out what we are going to do this afternoon and the rest of the week as far as practice and performance-type activities. Finally, we’ll continue to work with the Big Ten conference to understand what our next steps are going forward.” 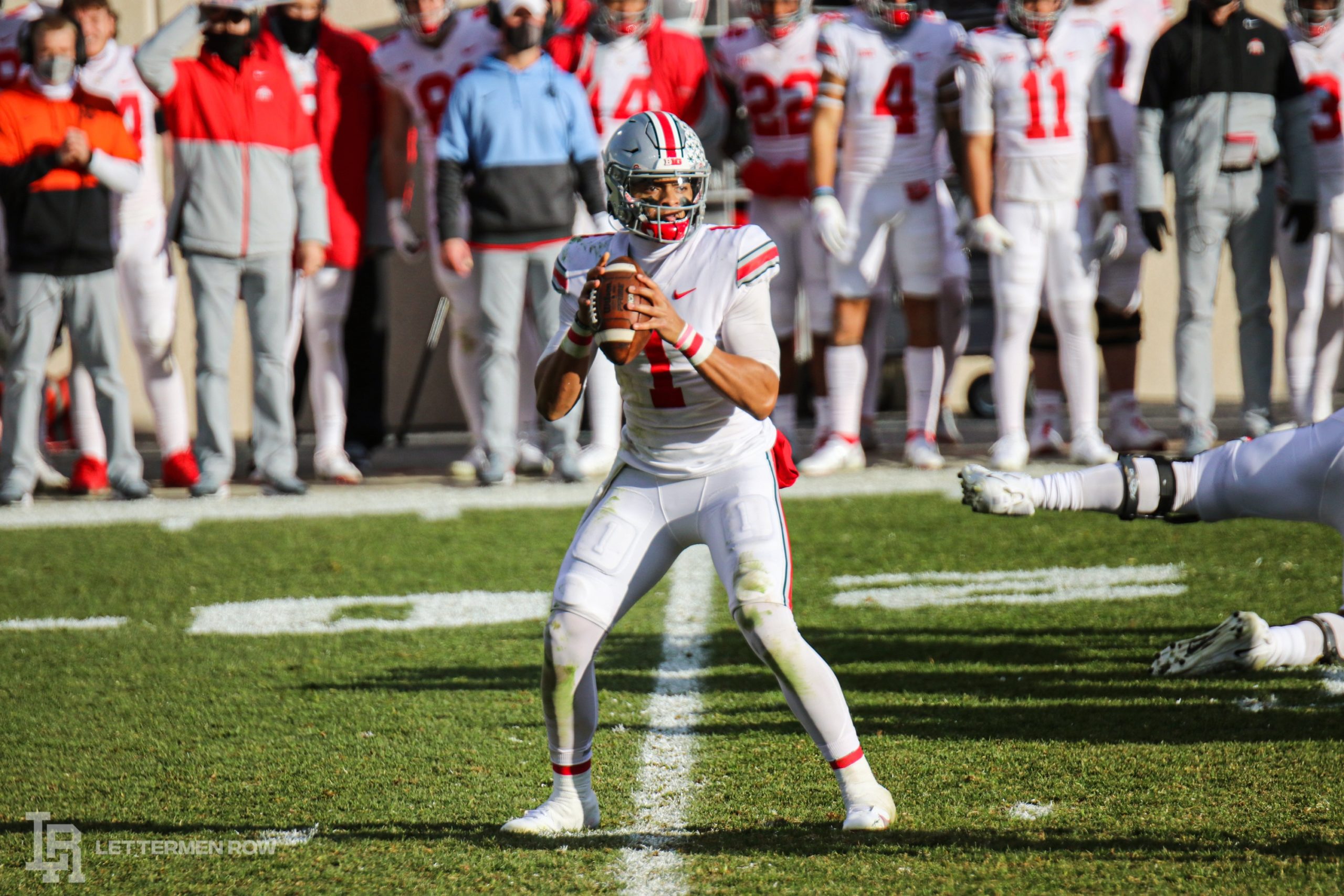 The Buckeyes have had conversations about backup plans with the league, including potentially making up the game it missed earlier this year against Maryland. There’s also a possibility the conference could revisit the rule requiring teams to play at least six games to qualify for the Big Ten championship, which Ohio State wouldn’t currently meet if it can’t replace this third missed opportunity to play during the final week of the regular season.

The conference has already had a key decision-maker acknowledge that it wouldnâ€™t make sense to keep Ohio State out of the Big Ten championship or potentially the College Football Playoff when itâ€™s undefeated and owns the head-to-head tiebreaker over Indiana in the East Division. Wisconsin athletic director Barry Alvarez went on the record last week and indicated the league would have to revisitÂ its decision to institute a minimum requirement of six games for a team to be eligible for a title shot in Indianapolis if the Buckeyes had another matchup cancelled.

Ohio State is currently working under the impression that the Big Ten has no interest in changing that rule â€” though that might simply be a matter of it still being a hypothetical situation at this point. Either way, if Michigan canâ€™t play on Saturday, the Big Ten might have a major problem on its hands with key broadcaster FOX, which would potentially be losing its most powerful draw in the Big Noon Kickoff window for both of the final two weeks of the season. For the good of its future partnership, for the sake of awarding a credible Big Ten crown and for the financial benefit of the entire league by trying to give a team a shot at the College Football Playoff, the Big Ten will have to act if the worst-case scenario arrives. If they donâ€™t want to shuffle the schedule, it will have to scrap the misguided rule for championship qualification.

This is a developing story andÂ Lettermen Row will have more information on what this means for Ohio State as it becomes available.

UPDATE from Michigan athletic director Warde Manuel on the decision to cancel:

“The number of positive tests has continued to trend in an upward direction over the last seven days. We have not been cleared to participate in practice at this time. Unfortunately, we will not be able to field a team due to COVID-19 positives and the associated quarantining required of close-contact individuals. This decision is disappointing for our team and coaches but their health and safety is paramount, and it will always come first in our decision-making.”