The speculation, debate and conversations about Ohio State never end, and Lettermen Row is always ready to dive into the discussions. All week long, senior writer Austin Ward will field topics about the Buckeyes submitted by readers and break down anything that’s on the minds of the Best Damn Fans in the Land. Have a question that needs to be tackled, like the one today about Ohio State and theÂ possible tweaksÂ to the schedule this season? Send it in right here — and check back daily for the answers.

Do you foresee a scenario where each conference decides on its own to play games, with no Non-conf games and potentially no bowl games at the end of the year? This would keep all teams somewhat regionally located to protect players/prevent spread.

There is value in planning for any possible contingency.

Remaining optimistic and continuing to prepare as if the season will be played as scheduled is just as important.

Everybody even remotely tied to college athletics is also well aware that football needs to be played in some form or fashion or the results could potentially be devastating.

But at this point, there’s still no need for a definitive decision to be made about the format. And while there are dozens of options to be considered for everything from conference-only schedules to playing next spring and just about everything in between, right now it’s still too early to make any predictions about what the sport will look like. It’s frustrating not to know what’s going to happen and it’s only natural to speculate, but the truth is doing that can produce more harm than good.

Commissioners, athletic directors and even coaches across the sport are already creating chaos with different ideas being prematurely thrown out from coast to coast. Certainly it’s a good idea for there to be national input and backup plans. But when the SEC is suggesting it could play regardless of what other conferences do or James Franklin is opining that the entire Big Ten doesn’t need to be ready at the same time or Iowa is talking about players beingÂ back on campus in June, all that public conversation does is lead to arguments and confusion. 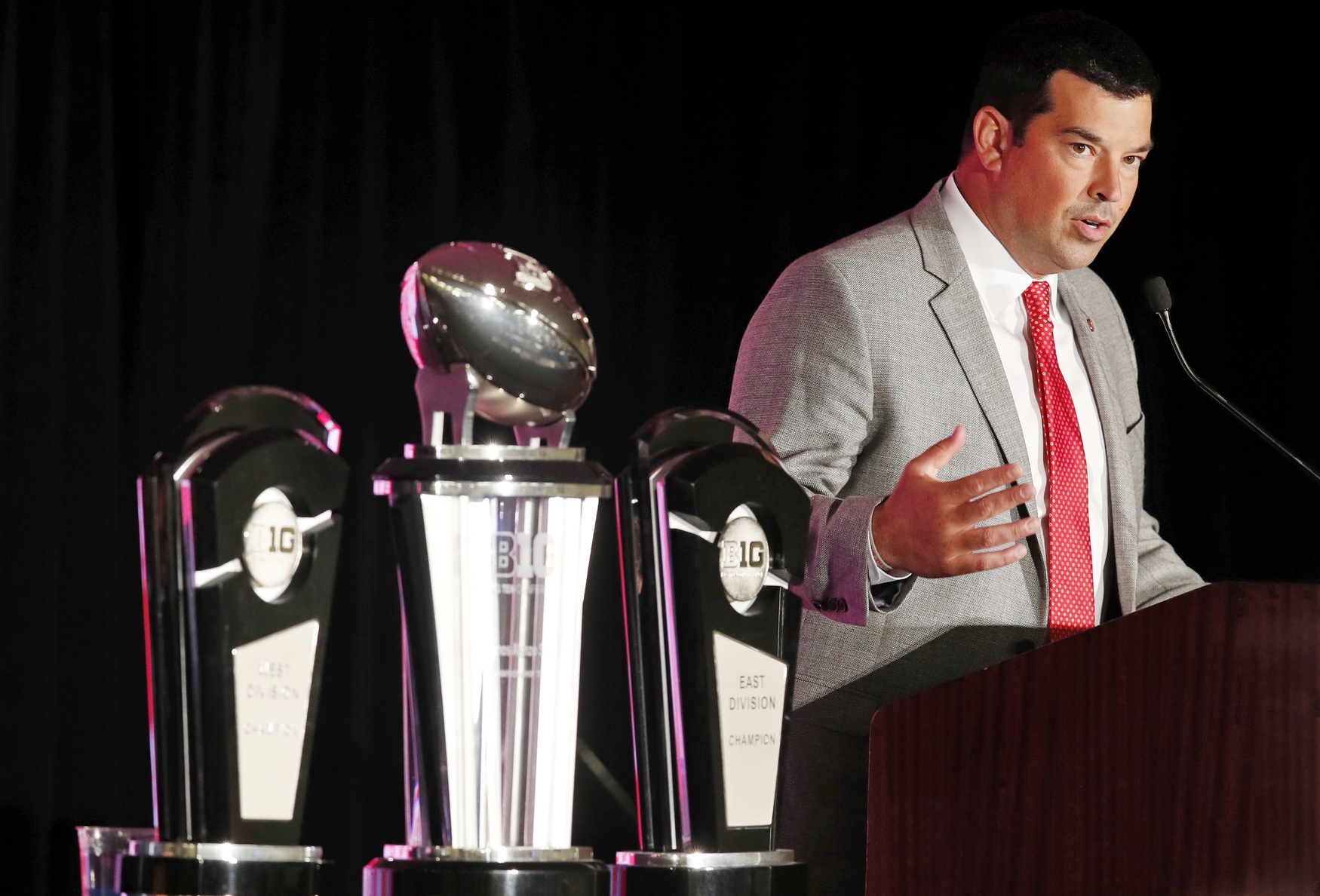 Some of the ideas have more traction than others at this point. And, yes, a conference-only schedule is one that is commonly mentioned in private conversations around the Big Ten at this point. But more information, more guidance from medical experts and simply more time to analyze the situation is still critically important for now — and that probably means holding tight until around June 1 before any kind of plan can be voted on or implemented.

â€œI mean, any football is better than no football,â€ Buckeyes coach Ryan Day said last month. â€œI think it kind of depends on how this all shakes out, but weâ€™ll do whatever we need to do and weâ€™ll make it work, whatever they tell us the parameters are. Weâ€™ll adapt, and weâ€™ll play.

For now, there’s nothing that can really be decided. And while athletic directors like Gene Smith can try to figure out different solutions to prepare for a variety of situations at Ohio State, it’s simply too soon for college football to know the best way forward.

Testing practices, quarantine options, restricting travel, acclimation periods for workouts, procedures for positive tests and determining how many people to put in the stadium are just a sample of the health decisions that must be weighed. That all comes before trying to figure out competitive balance, tweaks to the schedule or how to crown a Big Ten or College Football Playoff champion.

Those are all huge decisions, and it’s fair to expect that many of those questions are being addressed right now so that teams are ready when it comes time to make a decision. But the moment of truth is still about a month away, and there’s no need to rush it.