COLUMBUS — Really, there’s a pretty straightforward way to keep attracting NFL-level talent, and Ohio State has figured it out.

All a program has to do is keep cranking out draft picks, and more of them are going to follow.

Now, that makes it sound simpler than it obviously is to execute. And it has taken an enormous amount of work for the Buckeyes to build the kind of professional assembly line that was again cranking on Thursday night during the opening round of the NFL Draft in Nashville. But with Nick Bosa coming off the board at No. 2 and Dwayne Haskins following not that long after at No. 15, Ohio State had two more examples it could point to for the next wave of recruits with dreams of one day making it to the big leagues — and a bunch more on the way.

The Buckeyes didn’t exactly need new proof, of course. But this time, those examples and the handful of others that will be on the way for the rest of the weekend might prove to be even more valuable than in previous years.

For all the positive work Ryan Day has already done taking charge of Ohio State, it’s fair for outsiders or prospective recruits to have at least a little doubt about what the program will look like moving forward. But for Day, he can point directly to his work with Haskins and continue pursuing the most coveted passers in the country to build his offense around — just like he did with Justin Fields. 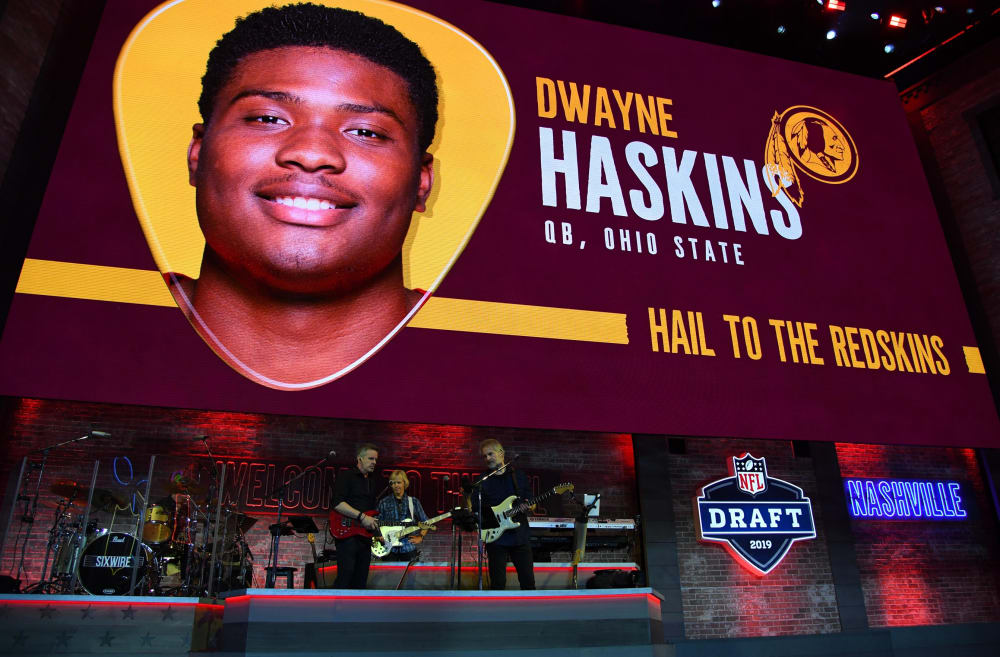 And from there, he can point to defensive line coach Larry Johnson still being around to impart his wisdom after sending another Bosa off to the draft with a short wait before walking across the stage to greet the commissioner. When Parris Campbell, Terry McLaurin and Johnnie Dixon hear their names called, Ohio State will highlight that Brian Hartline is firmly in place coaching the wide receivers. Michael Jordan comes off the board? Offensive line Greg Studrawa gets another feather in his cap. Mike Weber joins Ezekiel Elliott in the NFL? Tony Alford puts up another huge picture in his meeting room for running backs.

It’s important to note that all of those guys are holdovers from the Urban Meyer Era, which is a reminder of just how incredibly strong the program he handed off to Day really is. The greatest marketing tool at Ohio State’s disposal is the infomercial that was aired free of charge for them on multiple networks starting on Thursday night, and it’s a safe bet that the message will continue to resonate. NFL Draft success is essentially a self-fulfilling prophecy, since it’s so much easier to duplicate once the process is already in place.

More good news for Ohio State right now? It might feel a little weird or uncomfortable, but even when rival Michigan has some success by sending defensive guys like Rashan Gary or Devin Bush to the next level, the Buckeyes can still take credit for it with assistants Greg Mattison and Al Washington now in scarlet and gray.

And maybe even the best news for the Buckeyes? The assembly line isn’t showing any signs of slowing down, because next year at this time there will be guys like Chase Young, Thayer Munford, J.K. Dobbins, Jeffrey Okudah and more all wrapping up their careers with Ohio State and offering their public testimonies about what the program did for their development.

So, yes, these celebrations are really about the individuals, their hard work and their realization of lifelong dreams. But the program gets to take some credit as well, and Ohio State then can turn around and use it to make sure the NFL Draft pipeline never stops flowing.