COLUMBUS — Nick Bosa has been gone from Ohio State for a couple months, but the Big Ten clearly still hasn’t forgotten about him.

The superstar defensive end only played in parts of three games for the Buckeyes this season, but that was all Bosa needed to still earn enough votes to earn honorable mention All-Big Ten recognition.

Bosa’s inclusion was the only real surprise for the Buckeyes as the league unveiled half of its awards for the season on Tuesday night. Given the inconsistency for the defense throughout the year, Ohio State wasn’t expected to clean up with all-conference honors or individual hardware. Defensive tackle Dre’Mont Jones wound up earning the only first-team nod for the program, adding yet another validation to the decision to return for his redshirt junior season as he emerged as one of the most impactful linemen in the conference. 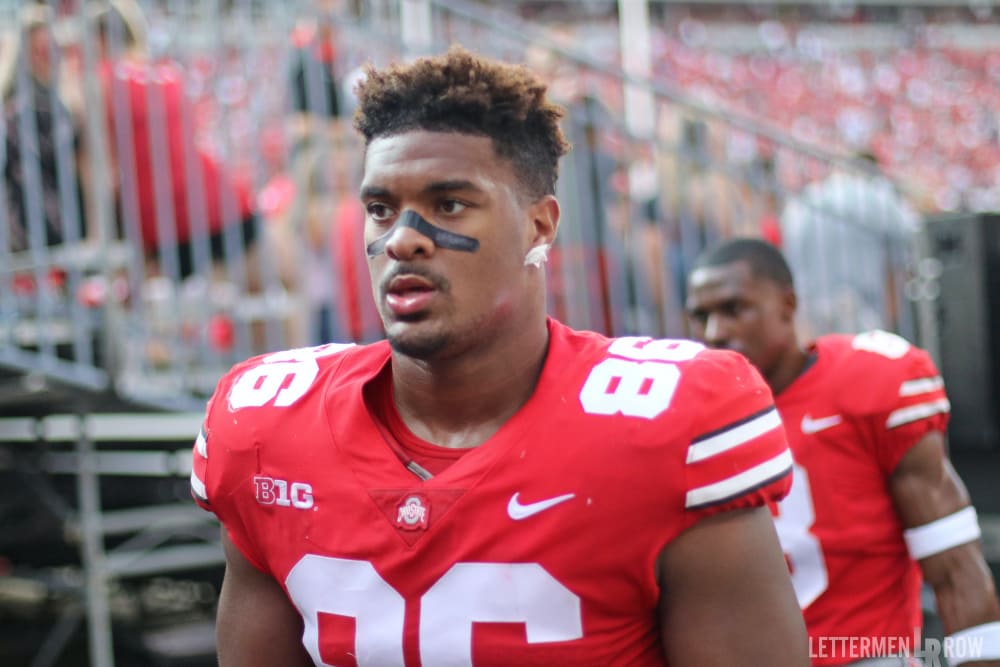 Sophomore end Chase Young and junior safety Jordan Fuller were tabbed as second-team picks. Young was thrust into a more prominent role after Bosa’s injury, and he finished the season with 11.5 tackles for loss and 6.5 sacks as he developed into a full-time starter. Fuller finished second on the team in tackles, and the captain nabbed a key interception to help the Buckeyes knock off Michigan last week and win the Big Ten East Division.

Bosa wasn’t the only honorable mention selection for the Buckeyes, with linebackers Malik Harrison, Tuf Borland, Pete Werner, defensive linemen Robert Landers and Jonathon Cooper, cornerbacks Damon Arnette, Jeffrey Okudah and Kendall Sheffield all joining him on the list. But it’s his addition that turned some heads and offered yet another reminder of just how dominant he was before his core-muscle injury knocked him out of the lineup and ultimately ended his collegiate career.

Playing sparingly during the first two games before getting injured in the third, Bosa finished with 6 tackles for loss, 4 sacks, two fumble recoveries, a forced fumble and a touchdown before moving on to focus on the NFL Draft.