The speculation, debate and conversations about Ohio State never end, and Lettermen Row is always ready to dive into the discussions. All week long, senior writer Austin Ward will field topics on Urban Meyer and the Buckeyes submitted by readers and break down anything that’s on the minds of the Best Damn Fans in the Land. Have a question that needs to be tackled, like the one today about the offensive line? Send it in right here — and check back daily for the answers.

Ohio State went into the off date fully aware that something needed to change on the offensive line, and personnel moves were absolutely on the table. The problem is that the Buckeyes couldn’t do anything about the health issues that have robbed them of the depth and flexibility they were anticipating having this season — and that has directly impacted the interior of the line and the most important position on the unit.

If Brady Taylor had been completely healthy and effective during training camp, would Michael Jordan have been moved to center in the first place? If Taylor was at full strength right now, would Jordan be sticking there? The answer to both is probably no, and that’s not meant as an indictment of Jordan, who has largely handled himself well after making the switch from guard.

The problem for the Buckeyes has been at those guard spots, since it effectively lost a two-year starter when Jordan was swapped to center and was already without another starter when Branden Bowen had to have another surgery to address issues stemming from last year’s fractured leg. If Josh Myers wasn’t ready for the responsibility at center and Wyatt Davis hadn’t stepped up enough to win a job at guard, Ohio State’s hands were effectively tied as it rolled with the same starting unit even as the problems up front were mounting.

“At times [Jordan has been] outstanding, and other times it has not been great,” Ohio State coach Urban Meyer said. “But there was kind of no [choice]. Brady Taylor was hurt, and we didn’t feel Josh was quite ready, so we had to get our five most effective players on the field. He’s been playing pretty good. But there is a little bit of a ripple effect.

“You’ve got to get your five best on the field. But when Branden Bowen got hurt, that was an issue, and then obviously Brady Taylor had that injury and had it scoped just recently. So to get the best five on the line and playing, that’s what you have to do.” 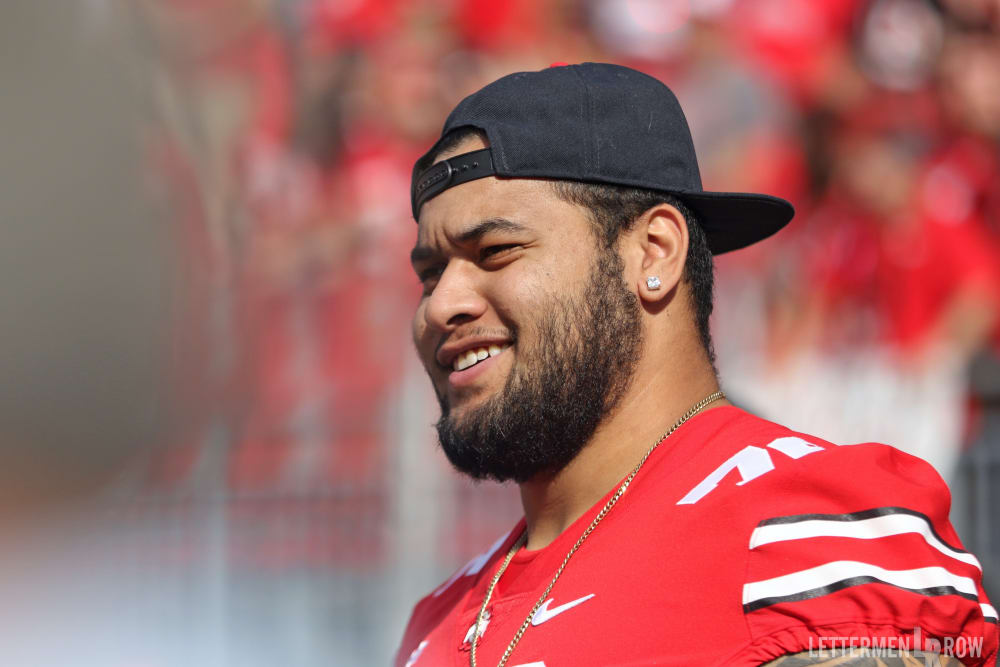 Ohio State guard Branden Bowen might be nearing a return for the Buckeyes. (Birm/Lettermen Row)

Both Bowen and Taylor are getting close to a return, but it’s fair to wonder if the window for them to help is closing with that critical off date in the rear-view mirror and the stretch run about to begin on Saturday against Nebraska.

Bowen is an experienced hand and has relatively less on his plate at guard than Taylor, so he could potentially be an option just like Davis to provide a boost down the stretch. But it’s hard at this point to imagine that Taylor could be a solution since he’s never been a starter at such a crucial position, and there isn’t much time to get him up to speed when the Buckeyes have no margin for error in November.

Ohio State has really never had all the options available to it yet this season. And even when the Buckeyes starting getting them back, changing the personnel at this stage might not make much of a difference.