Ohio State football recruiting can be a wild ride full of twists and turns as recruits from all over the country maneuver their way to signing day. Lettermen Row is here to help you navigate the tumultuous roads by getting to the heart of the matter with the young football players themselves. BirminologyÂ shows who the young men being recruited by Ohio State truly are — by talking to them. Today’s guest: Ohio State 2020 verbal Paris Johnson.

The business of college football recruiting affects no one more often, or more aggressively, than the teenagers committing themselves and their families to college football programs all around the country. Whether it’s Ohio State, Clemson, Texas or USC, there is a bond created during a player’s recruitment that has to be cultivated and maintained for years under extremely stressful conditions.

Often times, those conditions lead to coaches losing their jobs, or in the case of Urban Meyer’s retirement, giving them up voluntarily. That’s when things get murky, and that’s when players who know exactly where they want to be — like Cincinnati St. Xavier’s Paris Johnson — still decide they need to take a step back and reassess their options. 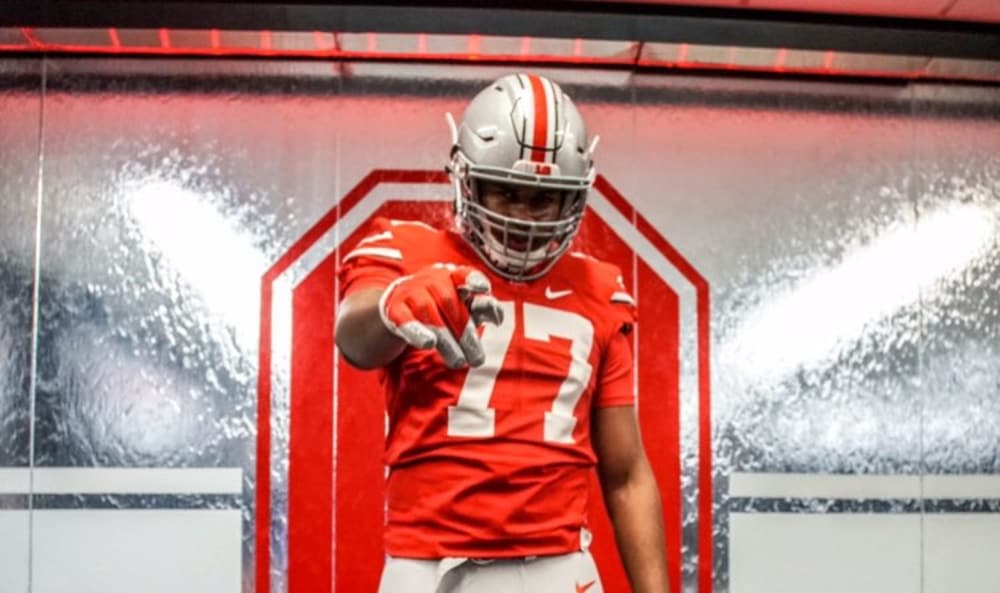 Ohio State commit Paris Johnson has been a fixture on visits with the Buckeyes. (Paris Johnson/Twitter)

When Meyer retired in December, Johnson’s recruitment was thrown for an unexpected loop. And though he’s remained committed to the Buckeyes in the wake of the legendary coach’s abrupt departure, it shook things up considerably.

There are times when it seems pretty clear that a player really wants to look around, and it’s something he owes to himself and his family to do. Because the truth is that once a recruit has been caught off-guard by that kind of event, especially at an institution that had no real expectation of a program-changing transition and continues to be a premier program nationally, there might be a temptation to believe it will happen again.

And that player better be ready if it does.

That’s where Paris Johnson is now, even if the average person may not understand it. He explains why it’s important to him to make these additional visits, how Urban Meyer played a roleÂ in his decision to stay committed to the Buckeyes and more in this week’s edition of Birminology.