Good morning, Ohio State fans, and welcome to the Scarlet Sunrise! Football will always be our focus, but every day weâ€™ll cover news, notes and analysis from across Buckeyes sports. Join us each morning to get caught up on everything you missed in the world of Ohio State football, recruiting, basketball and more.Â

One day after landing a 4-star offensive guard in the Class of 2020, Ohio State shored up its 2019 class by landing 4-star inside linebacker Kane Patterson out of Nashville (Tenn.) CPA.

As is often the case, Ohio State coach Urban Meyer’s relentlessness on the recruiting trail helped make the difference fore the Buckeyes.

â€œ[Meyer] was really important to me,â€ Patterson told Lettermen Row. â€œNo one did what Urban did, with him and I talking every day. The way he pursued me and my family, it just feels like thereâ€™s no other place like it. Itâ€™s home, and thatâ€™s who I should be playing for.”

Former Ohio State quarterback Kirk Herbsreit famously moved from Columbus to Nashville a few years back. While he’s no longer a few minutes from Ohio Stadium, he’s gotten to know Patterson in his new hometown and gave him a Twitter shoutout after his commitment.

Kane, I’ve enjoyed getting to know you and your incredible family. Know how hard you worked to narrow the choices down and finally settle on “the one”. Congrats my man and welcome to Ohio State!! Bucks got an outstanding player and even better person today! Congrats Kane!! https://t.co/DYRxGDpw2n

Herbstreit is notoriously honest on Twitter, so getting that level of praise is no small feat.

It’s been a minute since Greg Oden has suited up on the basketball court in anything other than a practice setting, but that might change soon.

Along with Jared Sullinger, Oden was added to Scarlet and Grayâ€™s roster for The Basketball Tournament, a winner-take-all competition with a $2 million prize. Scarlet and Gray made the semifinals in 2017 without Oden, so the addition of the former No. 1 overall pick could end up paying big dividends for the team. However, that news comes with a caveat â€” Oden wonâ€™t be available for the first two rounds, which will be played in Columbus, because heâ€™ll be out of town.

â€œI wasnâ€™t ready to play (in 2017),â€ Oden said. â€œThis year Iâ€™ve been running up and down with the guys, doing cardio with the team and lifting, trying to get my baby weight off. I just wasnâ€™t ready. I tried, but it would have looked terrible. This year hopefully I can do some things.â€ 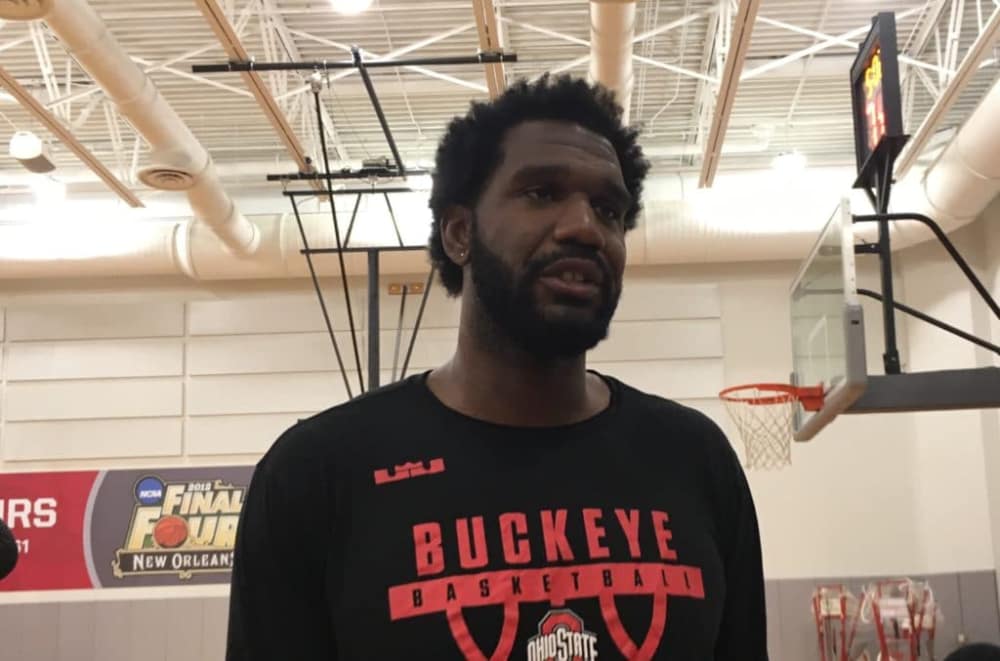 Greg Oden is set to play for Scarlet and Gray in The Basketball Tournament. (Ryan Ginn/Lettermen Row)

Oden hasnâ€™t played professionally since the 2015-16 season, when he played in China for the Jiangsu Dragons. Since then, he’s served as a student manager for Ohio State basketball while going back to school to earn his degree. Though it’s been a couple years since he’s played in a meaningful game, he believes he’s ready to show what he can do.

â€œI feel good. Iâ€™ve lost a little bit of weight. Iâ€™ve been playing here and there. I think I can give them a good seven and a half minutes a half,â€ he said with a laugh. â€œI just wanted to play and run up and down a little bit. Iâ€™ve been scrimmaging against the guys and got a couple dunks in. Theyâ€™ve asked me all these years and I kind of just gave in and said I guess I can do a little something.â€

All he needs now is for his teammates to make sure Scarlet and Gray gets far enough for him to become available.

Bettendorf, Iowa, 5-star point guard DJ Carton announced a top three on Sunday of Indiana, Michigan and Ohio State. Carton has already visited Michigan and Indiana, and the Buckeyes will now get their shot to host him. Bill Landis of Cleveland.com reported that Carton will take his official visit to Ohio State on Wednesday and Thursday.

The visit will offer the Buckeyes a chance to make inroads with Carton as they look to add to their 2019 class. Chris Holtmann currently has one player committed for 2019 — Cleveland Garfield Heights 4-star small forward Alonzo Gaffney, the No. 28 overall player in the class.

This is our DNA. #GoBucks pic.twitter.com/RTTguN4NXk